How The “Magic” Happens

I’m a little pissed that the producers of How It’s Made haven’t come calling yet. If you are one of the four people in the known universe who haven’t seen How It’s Made, it’s a show that goes behind the scenes and shows the viewer the inside story of how some of our favorite products are made, such as anal beads. It’s fascinating. And even though featuring the process by which I come up with immature jokes utilizing terms such as “fuck-tard” and “ass-spelunker” could literally increase their ratings by up to as many as ten people, they haven’t come knocking. Those unmitigated fuckers.

So here, for posterity and the benefit of my descendants who may one day look to this article as a resource for discovering where it all went so horribly wrong, is how I come up with brilliant pearls of comedy such as the time I advocated nuking Kansas.

Diet – Diet is very important in my line of work. I start off the day with a health drink consisting of twelve ounces of beer topped off with four ounces of V8. If beer and V8 are unavailable, I use varnish. I have ten to twelve health drinks and then, satisfied that my health requirements have been met, I get out of bed. Throughout the day, I have more health drinks as reality threatens to intrude.

Exercise – Exercise is also very important, as anyone who doesn’t work at Fitocracy.com can tell you. Those fuck-tards refuse to allow logging exercise in increments as low as I require. Hey, assholes, if it only takes me two and a half steps to get a stuffed-crust pizza with Ranch dipping sauce out of the fridge, that’s not my fault! And the three tenths of a second it took me to walk over there counts as fucking exercise! Also, I’m pretty sure dry-heaving burns calories, so I should be able to track that too.

Intellectual Stimulation – Ever play Ball and Cup? After eight or nine hours it gets pretty deep. I can never get the ball into the cup, though. Fucking ball. Or is it the fucking cup’s fault? Hmmm… SEE WHAT I MEAN? 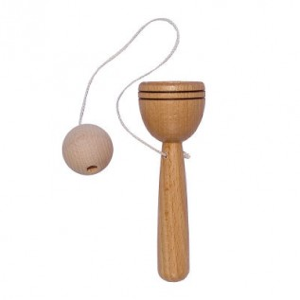 Ball in Cup: Not to be confused with Balls in Mail-slot, which my mail carrier informs me is a crime.

Grooming/Hygiene – As a humor writer, I rely on my wits to keep the humor juggernaut a-rollin’. So every now and again I huff a little Lysol to keep things in the ol’ brain pan shiny clean. I don’t really sweat anything else which has mostly worked out for me since the family took to wearing gas masks around the house.

Routine – Routine is extremely important. If something works, you keep doing it, in my case even well after family, friends, and the police have asked me to stop. Because if I were to stop making harassing phone calls to Fonzie at exactly 4:02 PM each day, the well might run dry and then who would make fun of Brazilian kids with halitosis?

Inspiration – As much as I prepare by religiously following all of the above, sometimes inspiration doesn’t come immediately. When this happens, I try not to panic. I simply wait, confident that my muse will speak to me shortly, and maybe sacrifice a few neighborhood cats just to be on the safe side. If, after having gone down to the pound to adopt and slay fifty cats I have still not been struck by inspiration, fuck it. I’ll slap something down about how it’d be funny if unicorns had herpes and…  There it is! YES! YES! YES! HERPECORNS! 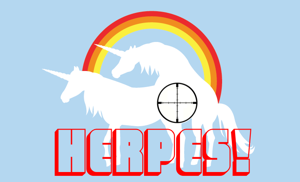