How To Get Your Oil Changed

I stopped by one of those quickie oil change places for lunch today, one whose name rhymes with “Iffy Lube”. I generally don’t do that, preferring to change my own oil. I do this not because I’m one of those studly kind of guys that can, say, replace a starter. Far from it. I’m not even sure where the starter is or what it looks like, just that, oddly enough, it’s not the part of the car you use when you actually start your car. No, I change my own oil because it’s one of the few things I know how to do with a car besides drive it, change the tire, and get laid in the back of it. So I do it myself because it’ll save me a few bucks and I’m fairly unlikely to rip myself off. I’m talking about changing the oil, not the getting laid part.

And make no mistake, getting ripped off at a place like Iffy Lube is all too likely if you don’t come in prepared. I make sure I know exactly what oil grade I need as well as the amount. This is so I can distractedly say to the guy, “Hey, I’m in a total rush and I need an oil change. 10W30, 4 quarts, no filter.” This is so the guy thinks I know what the fuck I’m talking about. And to be sure he doesn’t call my bluff, I’ll hop on my cell phone after stepping out of the car and say something important like, “Hey, it’s me. Did the judge sign that warrant yet? WHAT? HOW ARE WE SUPPOSED TO WIN THE WAR ON DRUGS WITH ASSHOLE JUDGES REFUSING TO SIGN FUCKING WARRANTS! GET ME THAT WARRANT!” No Iffy Lube clerk in his right mind is going to talk to me after I say that. It’s just too much for a stoned person to deal with.

That strategy has served me well, and I print it here as a public service to all my readers (thereby completing the terms of my probation). Because if you walk into an Iffy Lube and have this conversation with an employee, you are fucking toast.

You: Hi, someone told me I need to change the oil? 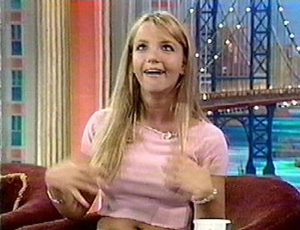 Little known fact: Britney Spears taking her car in for oil changes accounts for 17% of the economy.

If that’s you, then I hope you just got paid because by the time you leave they will have convinced you that you are WAY overdue for rotating your windows and that your frenulum spindle has unspooled and jammed your flanger valves. That shit is pricey. Have you seen what a good frenulum spindle respooling costs these days? Outrageous.

(By the way, if you just fought off the urge to Google the phrases “frenulum spindle” and “flanger valves” you are going to want to turn in your driver’s license and start riding a bike everywhere.)

So after I got done yelling at my imaginary DEA sidekick, I sat down to scowl at people and subtly let it be known that I thought the place smelled of marijuana. And while I was doing this, two young ladies walked in and had this conversation:

Young Lass #1: My dad says I need an oil change. Do you take Amex?

Employee: (drooling) Yes, we do!

Young Lass #2: Ashley, is this going to take long? This place is GROSS!

Sadly, I didn’t get to see what happened to Ashley and her easily grossed-out friend. If the Iffy Lube guy was good, it involved a stem cell transplant and aromatherapy. And Ashley’s dad deserved whatever appeared on his Amex statement because you’d have to be brain-dead retarded to send a girl like Ashley in there with a no limit piece of plastic. 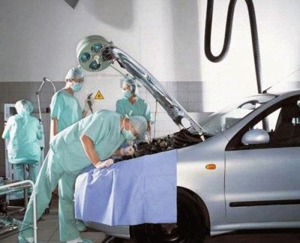 There's no easy way of saying this, so I'll just come right out and say it. Your car has AIDS.

And if he was really unlucky, that car would’ve exploded three blocks down the street. I moved down to Arizona from Chicago in 1992 with a friend of mine who had just bought a used pickup. He took it into an Iffy Lube before we left to get everything looked at. By the time we’d gotten to Albuquerque, the engine started running a bit hot. So we pulled into a gas station and noticed that there was no oil in the engine. After investigating, a guy at the service station noticed that we had TWO oil caps, one for the engine, and one covering a hole that just went nowhere. Iffy Lube had poured a bunch of oil on the engine block, popped a cap on the hole and sent us on our way. If that had not been an old truck with a lot of crud caked on it, it wouldn’t have lasted us two miles, let alone 1,300.

So, word to the wise. If you don’t know how to change your own oil, at the very least use Greg’s Patented Oil Change Ripoff Avoidance System: 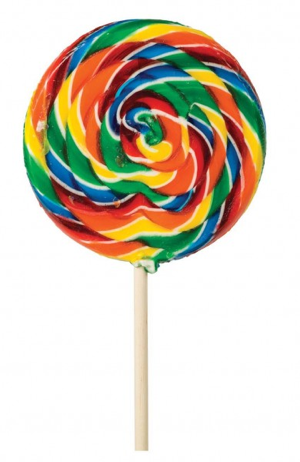