My family and I were eating at IHOP on Friday night, and my kids were drawing with the paper and crayons they provide kids so that they won’t entertain themselves by pouring syrup all over everything. After looking over the menu, I looked up at my five year old who was just putting the finishing touches on a minor masterpiece. “Hey, what are you drawing?” I asked. Without hesitating he said, “Indiana Jones punching a jaguar.”

That might seem like the most wonderfully random thing ever, and it certainly made my wife and I laugh, but it was not unexpected. A couple of weeks ago, I bought the kids Lego Indiana Jones for the Playstation. I might as well have bought him crack because playing that game is all he wants to do now. So, desperate for a break, I asked him, “Hey, do you want to see the beginning of the movie?” “I… … … THERE’S A MOVIE?!?“

And so I popped in the DVD. Quick, what do you remember from the first 10 minutes of Raiders of the Lost Ark? Here’s what I remembered: Harrison Ford getting chased by a huge bowling ball. Now, here’s what I forgot:

A few minutes in, my wife looked over to me with a raised eyebrow. “You’re sure this is ok for them?” (His three year old brother was in the room as well. Ooops.) “Uhhh, yeah, I mean, I’m sure it’s not even registering. He’s just excited to see Indiana…” At this point my five year old got up, walked over to the chair I was sitting in and sat down next to me. “I just feel like sitting next to you, daddy. I’m not scared because I’m a big boy.” Then he covered his eyes. 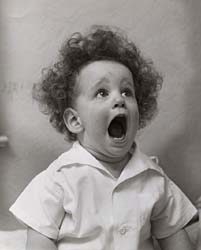 So we had to turn the movie off, which upset my son because he actually thinks the next scene, where Indy is teaching at a college, is the best part of the game. In the game, you go back to the college to save your progress, pick traveling companions, change your outfit, etc. What my son does is equip himself with a gun and start blowing away colleagues. He’ll shoot them, whip them, punch them, etc. Sitting there reading, I can hear the mayhem unfolding and I’ll look up to see that Indy is not in Cairo, but in what appears to be a teacher’s lounge. “Where does Indiana Jones teach archaeology at? The Compton Community College?” Whip! CRACK! BLAMBLAMBLAMBLAM!!! That’s right, Dr. Jones… No child left behind. BLAMMO! POW! BANG BANG BANG BANG BANG!

The funny thing is that he’ll get so worked up over how much collegiate ass Indy is kicking, that he’ll just drop the controller and start running around the room pretending to shoot, I don’t know, the Dean or something. At one point, he went upstairs for a while. When he came down he was wearing khakis, a white shirt a brown jacket, and my leather hat. I got him a shoelace to use because the ensemble wasn’t complete without “Indiana Jones’ whipper“.

But it’s not my five year old that worries me. It’s my three year old, who worships his brother, and sits on the couch watching, absorbing. I can mentally picture a newscast thirteen years from now: “Disturbing news in valley high schools as angry parents demand to know how an increased police presence and mandatory metal detectors are failing to stop a recent rash of bull-whippings.” I don’t know, maybe I can raise them as lion tamers or something. 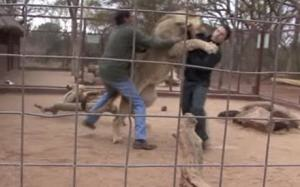 Lion tamer... That seems like it'd be a fun job.

On to the week you missed while you were thinking to yourself, “Yeah, Marion was pretty hot, wasn’t she?”

And so, without further ado, let’s pay some bills with a little more Involuntary Advertising, brought to you this week by the 2012 Buick LaCrosse. 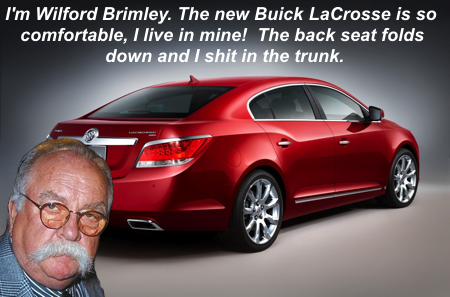 A couple more things… First of all, a while back I mentioned that NASA, in an astounding display of arrogance, decided to ignore the question I submitted through their web site, which asked:

I gave them a week to get with the program, and yet they refused. And so now I’m going to unleash the dogs. (See what I did there?) I am asking you to help correct this grievous wrong and demand that NASA answer the question as they should have in the first place. I would also like an apology, a week at space camp, or failing that, some freeze-dried astronaut beer, which you totally know they have.

Here’s what you do. Simply go right fucking here, and submit the question as I posted it above. And let me know if you get a response. 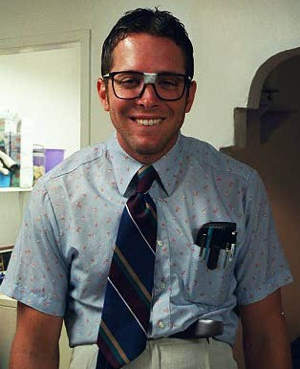 Your email will be answered by actual NASA professionals!

Finally, as always, don’t forget to submit any hypothetical questions that need answering. You can submit them via comments below, via Twitter, Facebook, email, or via telepathy, which I can totally receive. Don’t believe me? Ok, let’s see… Ah, here’s a message from “Barry” in Washington D.C. He’s asking… “Do you think I could boost my poll numbers by fucking an intern like that Clinton guy?”