I hate discovering things that make it seem like I’ve turned into a total pussy. For my birthday, my wife got me the Steve Jobs biography, but instead of getting me the Kindle version, she got me the actual hardcover book. Holy shit is that thing fucking heavy! How the hell did anyone read these things without their wrists snapping under the load? Yes, my wrists hurt when reading a hardcover book now, because I am a pussy. And old. I’m an old pussy. I fucking hate that. Ever reach for a beer and strain a muscle in your neck? It makes you feel like a large, musclebound dude is about to come over and kick sand in your face.

I, of course, blame my children for this. It used to be that to them, I was the strongest man in the world. “Do you think Daddy could lift the whole house up over his head?” I’d ask them. They’d nod, smiling, knowing that if anything were to go wrong, daddy would instantly go into ass-kicking overdrive, hurling buses and convenience stores at bad guys if need be, because that’s how fucking manly daddy is. Now, however, they’re old enough to use logic and things aren’t adding up for old Daddy who hasn’t been seen hurling one automobile lately, and has been known to say things like, “No you can’t ride on my shoulders! You’re eleven! You want to break my back?”

And of course, once your kids start treating you like you’re feeble, any confidence you had goes flying out the window. I used to actually start believing that yeah, maybe if we took all the furniture out, maybe I could lift the house. Or at least shove it over a couple of inches. Now I go into my daughter’s room to help her rearrange things, and I pause before I move her dollhouse shaped bookcase while I think to myself, “Ok, do this right… Don’t fuck up your back.” I used to be able to move houses, and now I’m afraid to move the one Barbie lives in.

At least I know I can still take all three of my kids in a fight. It’d be no contest. I would wipe the fucking floor with them. But, and this is the shitty thing, I’m probably only a decade away from that no longer being the case. Once my middle son gets to be well into his teens, I’m screwed. So I’m thinking of taking precautionary measures. I either have to stunt their growth by getting them to start smoking or I have to be extra lenient with them. That’s why bed time is now 2:00 AM around here. Sure, it’s a lot louder a lot later than normal, and there’s an assload of crying going on, but that’s when they’d like to go to bed, so lenient daddy is a-ok with that. Then, ten years from now when they finally decide to mutiny, their sleep-deprived little bodies will fail them and I will go to fucking town on them. 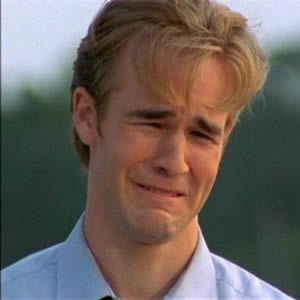 That's right, don't forget that your old man can whip your ass! Now here's $100. Go have a good time at prom.

Let’s pay some bills (which we don’t have), by plugging a sponsor’s product (who doesn’t know about it and will probably sue when they find out). It’s Involuntary Advertising: 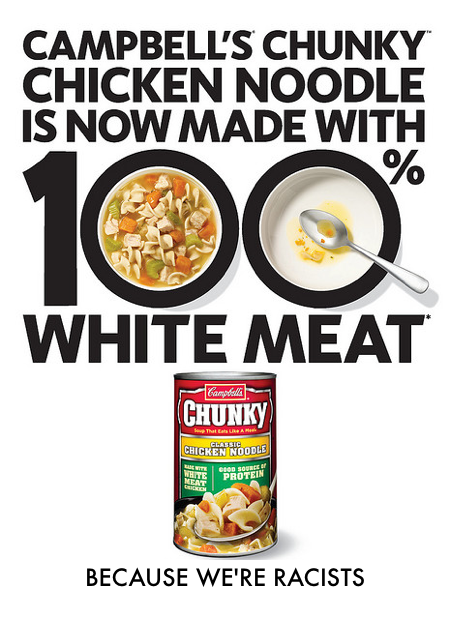 Finally, the results of last week’s hotly contested poll are in. The sitcom character you would most like to beat with a hammer is The Nanny’s Fran Fine with 35% of the vote.

I am very happy with the results of this poll as I find Fran Drescher’s laugh to be the single most annoying thing in the universe, just ahead of discovering that Carrot Top has been using your brush to style his pubes. Ugh, just thinking about that laugh makes me want to go take another crap on her driveway. The rest of the voting doesn’t surprise me very much except for the fact that no one found Ricky Schroeder’s character in Silver Spoons worthy of a Black and Decker beatdown. I fucking hated that show with every fiber of my being. “Oh, hey, a super spoiled rich kid who gets whatever the fuck he wants, engages in wacky hijinks with his friends and his mega-rich dad rides a miniature train around the house. Say, I can relate to that!”

It’s a new week, so go out there and really make a difference. Or have a beer. What the fuck do I care?