Yesterday, I hinted that Sting, Bruce Springsteen, and Bono had joined forces to make the world a safer, preachier, and much, much whinier place. This was all in good fun and not, as friends, family, and copyright lawyers at A&M records insinuated, a sign of impending mental breakdown on my part. The idea that these three musicians could get their shit together long enough to rule the world is ludicrous. It was a joke, although to judge by the email that informed me that “STING WOULD NEVER HURT ANYONE LIEK THAT YOU FOOL!!!!!”, not a very good one.

What isn’t a joke is that there is an actual need for a powerful world leader; Someone who can unite the world, lead it forward into the light of a hopeful tomorrow, eliminate poverty, and sickness, and other scourges of mankind such as alcohol-free beer and Twilight movies. I’m speaking, of course, about me. I can do the job, and once I’m elected world leader for life (and I think by now we can all agree that I should be), I will solve all of your problems, make you a smarter and happier person, and give you many, mind-blowingly powerful orgasms (although I’ll have to clear that with my wife first). Let’s look at my qualifications:

I don’t fuck around – As anyone who has followed Dogs on Drugs for any length of time can tell you, I don’t mince words. I will not hesitate to say it like I see it, call a spade a spade, and inform Lindsay Lohan that she is a dirty, filthy whore. This is a good thing. The UN would have you believe that constructive dialogue is the key to all our woes. Has a dictator ruthlessly crushed a burgeoning democratic movement and decorated his uniform with the genitalia of his fallen political rivals? Well, by all means let’s ask him nicely to, you know, see if he can maybe tone down the psychotic violence and maybe next election do something a little more civilized like kick his opponent’s head around on the street like a soccer ball.

Bullshit, when someone starts acting like an asshole, you fucking call them on it. “Hey, China! Stop fucking executing people for refusing to be ass-puppet drones of the state, you won-ton eating motherfuckers!” Let them know you’re pissed off. If your ten year old son stands on the coffee table and empties his bladder onto the couch, you don’t grant him Most Favored Nation status. That’s retarded. You push his nose into the mess and hit him with a rolled up newspaper. Or maybe that’s a dog. Whatever. The point is you speak up and state your displeasure in no uncertain terms, ideally while using terms such as “fuck-nugget”, or “ass-spelunker”. 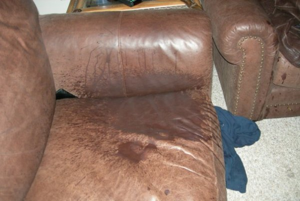 I believe in effective, parental-style threats – You know what the problem is with the Middle East? We refuse to treat them like children. You don’t try to talk sense into toddlers, and you don’t try to talk sense into two groups of people who have continually avoided common sense for the last 5,000 years. You let them know that you’ve had enough. That’s why, as a father of three, I am qualified to instantly end the Middle East Crisis. “Hey, assholes! You fucking play nice or I will cleanse the entire region with fire and then no one will get to go to Disney Land!” And then just to show them that I mean it, I’ll wait until one of the good siblings fucks up in a minor way (let’s say Canada raises interest rates) and go totally over the top and nuke Ottawa. You won’t be hearing the Jews and the Arabs squabbling in the back seat after you do that!

I will put a stop to all taxation of any kind – I am sick and tired of honest, hard-working, glue-sniffing people such as myself being taxed into the ground to pay for stupid shit like million dollar space hammers and warning labels on tubes of glue. And so I’d eliminate all taxes, world-wide, and we’d all switch over to an asshole surcharge. Here’s how it would work:

Did you cut someone off in rush hour traffic because you were putting on makeup while playing Angry Birds on your iPhone? That’s $40,000 and you have one month to come up with the money. Did you lay off a whole bunch of people via email while collecting a $17 million bonus that you plan on spending on hookers and blow? That’s $34 million please, and the hookers and the blow now belong to the government who will bestow them upon someone more deserving, like Gandhi. (Well, he’s dead, but you get the idea.) 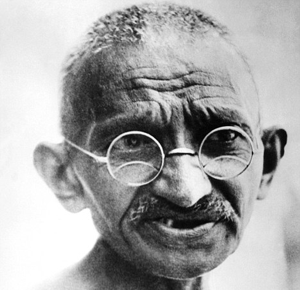 Sorry, Gandhi, you were just too ahead of your time.

Over time, people would learn the hard way that they have to be nice, thoughtful, and considerate members of society, and as that happened, the need for government would diminish to the point where the only assholes left to be governed would be crystal meth tweakers and J-Lo, and we could just put them in a burlap sack and toss their uncooperative asses in the ocean. Bingo, I’ve eliminated taxes and government while making everyone play nice. How hard was that?

I will teach those smug fucks who root for the Yankees – The Yankees will be renamed the Pansees and play all games wearing a uniform consisting of a pink tutu and an extra large butt-plug. Proceeds from the massive, staggering ratings will end homelessness overnight with possibly enough left over to give A-Rod an ego-ectomy.

I will save the planet – This is simple. Is the planet heating up? No. But’s let’s assume for a minute that it is. What do we do? We create a huge motherfucking air-conditioner and hook it up to Al Gore’s powerful sense of moral outrage. Al Gore hissy fits, incidentally, are the ultimate in clean, cheap power. He runs entirely on granola and Peruvian yak-porn!

The biggest party ever thrown – When I finally accomplish all of my goals, there will be no need for government, or leaders, or any of the other shit that drags us down today. We will have reached a comprehensive and total peace. And when we do, I will step down from power and we will party our fucking balls off. Bono, Sting, and Bruce Springsteen will not be providing the entertainment. 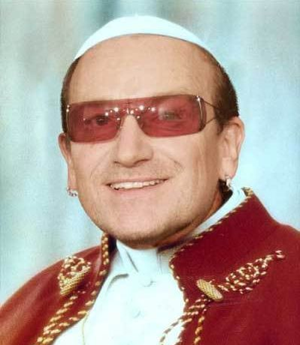 Sorry, Bono, maybe you can find another line of work.