I’m Pretty Sure Cher Has Been Stealing My Mail

I know what you’re thinking. You’re thinking that I’ve lost what few marbles I had to begin with. Well, let’s recount the facts here: First of all, my mail is missing. That much is true. In fact, my entire mailbox is missing. I woke up this morning to find my car parked where my mailbox used to be, keys in the ignition, floorboards littered with empty beer cans. For the life of me, I can’t remember when I went to bed last night, but I can’t imagine that it was later than 10:00, what with it being a weeknight and all. Since I woke up at noon, that means that anyone within twelve hours of Phoenix could have done this, but who? Ok, let’s get to work. It’s time to get all Sherlock Holmes on this motherfucker.

First of all, I can rule myself out because it would make absolutely no sense at all for me to do that to my own mailbox. None. What would I have to gain? That leaves a few hundred million people with the ability to do it, but not the motive, and the motive is the key here: Who would benefit by ensuring that my mail service is interrupted? It’s a short list:

We can rule out the Shriners because it is too difficult to conduct covert operations with those tiny cars and ridiculous hats. Jacques Cousteau is probably in the clear, having died fifteen years ago. Grover? I’ve been calling him non-stop for the last twelve hours, and he keeps insisting that he’s a “quadriplegic” ever since I ran him over. A convenient excuse, sure, but it checks out. That leaves Cher. Ergo, the bitch is guilty, ipso facto, Q.E.D., and boo-fucking-ya! And you had better believe that I’m going to sue the fucking Botox out that dried-up husk of a human being.

Ok, that was pretty ridiculous. But you know what’s even more ridiculous? That there are people out there that actually think this way. Seriously. Here’s an example: Some nutjob in 2011 developed an unhealthy obsession with Uma Thurman, started showing up at her house, on film shoots, and even sent her a note stating that “my hands should be on your body at all times”. You asshole. You can’t just tell Uma Thurman that you want to feel her up around the clock. She gets very upset. I know! 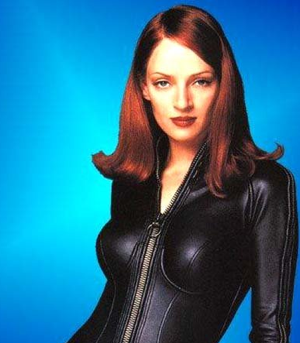 And don’t pretend to be a tailor working for the studio who was sent to her trailer for some final alterations. She’s wise to that as well.

In 2003, another head case, a woman, decided to stalk Steven Spielberg and Jennifer Love Hewitt, which right off the bat tells you that she’s kind of nuts. Stalk Steven Spielberg? Ok, I kind of get that. Stalk Jennifer Love Hewitt? It’s a stretch, but ok. But stalking them both? That’s just nuts and being a glutton to boot. Save some celebrities for the rest of the stalkers, would you? Anyway, she believed that Spielberg and his wife were members of a satanic cult, and that Jennifer Love Hewitt was trying to kill her via mind control. A judge told her she had to take her meds and ordered her to stay away from Spielberg and Love Hewitt for ten years, because obviously, she’ll be super-fine and ok to hang out with them by then.

“Hey guys, remember when I thought you were satanic and were trying to kill me with your mind? Hahaha! Oh, I was such a goof back then!” That’s not going to happen. What’s going to happen is that in a little over six months we’ll be reading about how this woman was arrested giving herself a weed whacker hysterectomy in the middle of Spielberg’s front yard with Jennifer Love Hewitt’s head in a basket at her feet.

People have really unhealthy fascinations with celebrities, and I just don’t get it. If you’re reading this, you’re probably guilty of it too. Almost everyone is. You think you’re above worshipping celebrities, but there is probably one or two that you find yourself thinking about from time to time. “You know, Conan O’Brien seems like a great guy. I bet if I bumped into him, we’d really hit it off,” which would never happen in a million years. If you found yourself bumping into him in an airport, you wouldn’t so much hit it off as much as you would stammer like an idiot until his bodyguards were forced to tase you in the gonads. 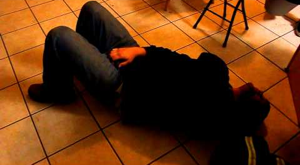 Some people say that you haven’t really lived until you’ve been tased in the nuts at an airport Cinnabon.

I really don’t get that behavior. I’ve seen a few celebrities in my day, and after my initial reaction, “Huh. That’s Roger Ebert” I go back to whatever it was that I was doing in the first place (peeking in Roger Ebert’s living room window). I don’t feel the need to talk to celebrities, or get their autograph, or have them change their review of Uma Thurman’s latest movie or anything, no matter how wrong and insulting it was to Ms. Thurman (really wrong and really insulting).

Just because someone knows how to act doesn’t make them a fundamentally different person than, say, the guy who picks up your garbage each week. Yet no one stalks garbage men, because they’re saving their energy to stalk Mel Gibson. Yes, Mel Gibson, a celebrity who is only slightly more popular than the Ebola virus. He gets a stalker. What the fuck is wrong with people?

Celebrities are romanticized so thoroughly that we tend to forget that they’re people just like you and me: They laugh, they cry, they drink twenty-three beers and shave swear words on the cat… They’re human and believing that they are more intelligent, or more kind, or more talented than your next door neighbor not only short changes your next door neighbor, but it does a great disservice to the celebrity. Celebrities, after all, want to lead a more or less normal life-style, but they find that they cannot. They can’t go grocery shopping in peace, yell at a car wash attendant, punch Korean people or any of the other things they’d like to do but can’t because they live in a giant fishbowl. They have to shut their fans out, retreat before the onslaught of adulation, and put some walls between themselves and the public. And let me tell you something, those walls are high. It’s like, Uma, what the fuck? I can hardly see in your bedroom any more! 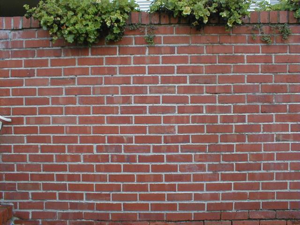 Seriously, Uma, it’s like something has come between us all of a sudden. Uma? Uma?