Since our last installment, I packed all of my belongings into a U-Haul and moved to a house a couple of blocks down the street. If you’re wondering why I bothered with a U-Haul if the move was so short, it was because putting all your shit on a sled and having your dog and kids pull it Iditarod-style may be entertaining, but effectiveness-wise it blows goats. So I wrapped the goldbricking fuckers in bubble-wrap and threw them in the U-Haul with the rest of my shit and fucking moved. I say “fucking moved” not just because I’m a foul-mouthed, anti-social malcontent with the manners of a drunken sailor in a whorehouse, but also because the total elapsed time to move everything by myself was six and a half hours including the time it took to rent and return the U-Haul. I am the motherfucking man.

And as the motherfucking man, I feel it is my duty to point out that the person who invented the ninety degree turn in the middle of a staircase can go die in a car fire. Asshole. If you’ve ever had to move a large object up such a stairway, you know what I’m talking about. It is a law of nature that whatever you are moving is guaranteed to be extremely heavy, bulky and hard to hold, and 3 inches wider than the area in which you have to maneuver. In my case, the object in question was this: 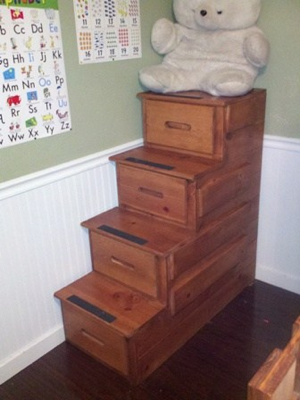 Not pictured: Solid lead/concrete interior or any sort of fucking handholds, because there are none.

This is a picture of a bunk-bed staircase similar to the one I had to move up the stairs on Saturday. It was assembled by the makers of the Rubik’s Cube, and so could only be taken apart into individual furniture molecules, making reassembly impossible. I had to move the fucker up there by myself, and when I got to the landing I had the following conversation with myself.

Me: Son of a fucking bitch! Of course this thing is three inches wider than the landing. DAMMIT!

Me: No, fuck you, me! I’m carrying a staircase up another fucking staircase, and I DON’T NEED THIS SHIT!

I clearly wasn’t in a stable frame of mind. I finally decided that by angling the entire unit, lifting it up using only my forearms, and praying to a bunch of deities that haven’t been in vogue for several millennia, I might be able to swing the entire unit ninety degrees without punching a large hole in the wall. Or I might wedge it in there so tightly that the upstairs of the house would be inaccessible from the inside for the rest of time, which has a decidedly negative impact on resale value.

My reward for somehow successfully performing this feat, and several other minor furniture miracles, was that by the middle of the afternoon a tendon in my right knee began flaring up to the point where I had to lift my leg with my arms in order to get inside of my Jeep. This is because I’m old, and when you get old anything more strenuous than scratching your balls can cause aches and pains, and even that activity can be a bit dicey, especially if you’re at a funeral.

(Not that I’m complaining. I hate it when people complain about being old. My mom used to tell me that, “Getting old isn’t for the weak!” Bull-fucking-shit. Go down to any nursing home and look around. Practically everyone in there is weak. Go ahead, start shoving some people around. See?) 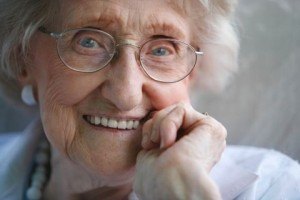 I happen to know for a fact that this one can’t take a fucking punch.

So I completed the move without killing myself, and have reassembled Dogs On Drugs HQ into a new office complete with guitar nook, which automatically renders it the coolest office I’ve ever had: 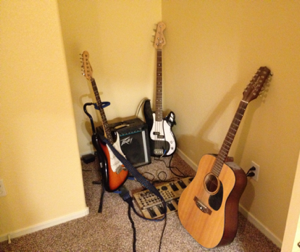 For those of you wondering how tasty my chops are, I can say with a high degree of confidence that my guitar shredding ability lies somewhere between those of Jimmy Page and Stephen Hawking. Not that I’m bragging.

Now on to the important shit: Last week, I mentioned that I would be holding a contest to award a prize to the reader who submitted the best illustration of a dick dressed up like Kenny Loggins. I was mildly disappointed (and by mildly disappointed, I mean drunk) when I opened my email and not one reader had decided to get a head start on the competition. (Get it? Head start?) Where is the initiative, people? I mean, you can sit there, dreaming of the day that you win some useless shit because you drew a picture of a dick dressed up as Kenny Loggins, or you can get fucking cracking and make that dream a reality! I can’t do this for you, you know!

Ok, rules of the contest:

Here’s how the judging will take place:

So there you have it. Get cracking! 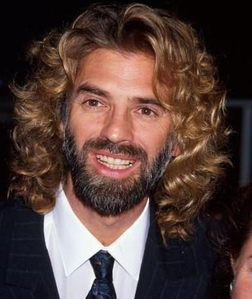 And no sending in just a picture of Kenny Loggins. Yes, it’s a dick dressed as Kenny Loggins, but it’s too easy.