When you’ve got two young boys like I do (ages six and four), they will wake you up in one of two ways: If everything is all right, they’ll wake you up by jumping directly onto your crotch while you sleep. If they’ve done something wrong, you’ll know it because they will walk quietly into your room and say, “Hey, Daddy?” Then they’ll solemnly inform you that they jammed half of the living room carpet into the garbage disposal, “on accident”. Believe me, waking up with a blow to the nether regions is preferable.

“We kind of clogged the downstairs toilet, on accident.”

Now, I’ve been a father long enough to know that “kind of” means “intentionally”, “clogged” means “jammed enough toilet paper in the crapper to last Oprah a year or two”, and “on accident” means “with malice aforethought”. So I got out of bed and went downstairs to investigate. You know how you can smell the ocean when you get close to the beach? Trust me, this is not a smell you want to experience walking downstairs in the morning when you live in Phoenix. I swear, I could hear fucking seagulls.

Because the toilet was gayly spraying water all over the place like it was a fountain at the goddamn Bellagio in Las Vegas, with the bathroom a solid two inches deep in water. My four year old could have cared less. He left to go build something with LEGOs (a miniature stockade would have come in handy), but his brother was extremely remorseful. “I’m sorry! I’m sorry!” he kept repeating, tears rolling down his cheeks. If anything, he oversold his remorse. I felt like telling him to save that shit for when he eventually inserts fireworks into the dog.

It took close to 30 minutes and the entire contents of the linen closet to soak up the mess, and even longer to wash everything. (Yes, even though I’m a guy, I know that when you soak up toilet water from the bathroom floor you need to clean up. I’ll have you know that I sprayed those sheets with three whole blasts of Windex before cramming them back into the linen closet.) 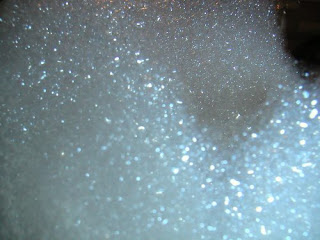 Guy Cleaning Tip #37: If you wash your clothes in the dishwasher, you’ll also clean your entire kitchen, whether you want to or not.

While I was doing all of this, I had time to reflect upon the situation. Certainly I was reaping what I had sowed as a child. My younger brother and I were guilty of pretty much the exact same behavior when we were that age, and I understand all too well the comedic possibilities that a toilet and any object smaller than a cantaloupe have when you find yourself unattended in the bathroom.

One time my dad tried in vain to unstop a clog with a plunger. “Are you sure you didn’t flush anything down here that you’re not supposed to?” he asked.

“No, of course not,” we said in unison, halos winking in the morning light. So my dad went and got a toilet snake and forced it through the mystery clog, which enabled him to pull back a whole orange and Speed Racer’s Mach 5 car. Needless to say, he was Not Happy. But for some reason, although we greatly feared the Hammer of Daddy, he never punished us for transgressions such as these.

Another time my brother and I decided that our lives would be greatly improved if we had a bobsled run in the back yard. The fact that our back yard was flat and we had no experience building a bobsled run did not deter us in the slightest. We spent the better part of two hours sculpting the track with snow shovels and our tiny, mitten-covered hands. Finally, it came time to christen the track, which we did by placing my brother on a runner sled at the “top” of the run. The runners punched right through the track and the sled sank four inches into the snow. At this rate, not only were we not going to make the Olympic bobsledding team, I might not even get to see my brother get involved in a horrifying crash. 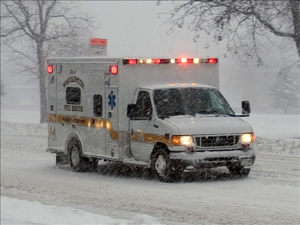 And we can’t have that…

So to speed up the track, we went into the garage and got the hose, which we then attached to the outdoor faucet. In no time at all, we were spraying the track with water, hoping to create a layer of speed-inducing ice. Now if you’ve never lived in a part of the world that experiences cold weather, you may not know this, but it is a Bad Idea to use the outdoor faucet when the temperatures are below freezing. It causes the pipes to freeze when you shut the water off, which then causes them to split from the pressure, turning your basement into something that looks like my bathroom did a couple of days ago.

Luckily, my father saw two of his sons watering the fucking snow and came outside to inform us of the folly of our ways, which is to say he yelled at us. But even though he had to go outside with a hair dryer later on to put things right (still not sure I understand why), he never punished us. It took me many years before I realized that the lack of punishment wasn’t due to an unwillingness to punish. It was because he had perspective.

When I was five, my older brother once pulled me aside to show me something cool. “Watch this,” he said, as he pulled a pair of wire strippers off of my father’s basement work bench. Producing some small wires from a transistor radio, he demonstrated how the wire strippers removed the rubberized coating and revealed the bright, sparkly copper wire inside. “Pretty cool, huh?” he said as he stripped a few more wires for his own amusement. I had to admit, it was pretty cool.

The next day, I went into the basement to talk to my dad about something when I saw a large, black electrical cord snaking across the floor. My dad was working in the other room and had plugged an extension cord directly into the fusebox to provide power for one of his tools. “Wow!” I thought. “If those small wires had a bunch of metal in them, this big huge wire must have TONS of metal inside!” I went and got the wire strippers.

I remember having a hard time getting the wire strippers to do their job, and stood there in the middle of the room pushing the handles together with all of my five year old might. Finally, I felt the wire give way, and then several things happened all at once. First, the entire room went into negative image. Second, my arms began to tremble violently. Then, a split second later, all of the lights went out. (I was later told that I blew every single fuse in the house.)

My father, of course, figured that his power tool had blown a fuse, and as he walked through the room to go replace it, he heard me whimpering in the corner. He had just enough light from the window well to see the extension cord, the wire strippers, and his son, crying, curled up on the floor. He snatched me up, ran upstairs, and put me on the kitchen counter where he could get a better look at me.

All I could think to say was, “I’m sorry! I’m sorry!” not unlike a certain child would nearly four decades later. To my surprise, my father didn’t yell at me. He didn’t scold me, he didn’t spank me, and he didn’t send me to my room. He had a strange look in his eyes as he quickly scanned me for damage, and then he gave me a great big hug.

I eventually learned what that look in his eyes was: It’s the look of fear that only a parent understands. You first get that look when you hold your infant child in your arms and realize what a fragile thing it is you hold in front of you. It gets worse when you realize that you can’t always protect that fragile and precious thing, and worse still when you realize that if you truly love your child, you have to let him go out into the world on his own and hope like hell that he doesn’t find those proverbial wire strippers. Once you get that look, it never really goes away.

My six year old walked up to me as I finished cleaning up. “I’m sorry, Daddy. I’m sorry,” he said, echoing his father from a lifetime ago.

“You know what? Let’s go see if we have some ice cream in the freezer.”

“Ice cream?” he said, looking at me strangely. “We haven’t even had breakfast!”

For the first time that morning, I smiled. “I know.”

« Previous post
And The Winner Is… IKEA, By A Nose!
Next post »
I Done Writed Real Good