I went to the Phoenix Art Museum this weekend, and for a place that has so many paintings of nudes they’re surprisingly uptight about people showing up without clothes on. They also don’t let you play paintball inside. Hey, Phoenix Art Museum: You know why you have to resort to private donations to stay open? Because you need to lighten the fuck up, that’s why. Yes, those are my children, yes, they’re pretty young, and yes, I gave them Sharpies to play with. What of it?

Just kidding, I’d never take my children to a serious art museum. I have too much appreciation for art. I’m not saying anything negative about my kids when I tell you that they would seriously fuck up an art museum. They’re just at an age when they’re more impressed with their own artistic abilities than that of others. If I brought them to a real art museum, within 15 minutes a security guard would be yelling, “All right, who wrote ‘Poop’ on the Degas?”

Actually, maybe I should bring them with me next time. I think I like art museums better in theory than in practice. Whenever you see an art museum on TV or in the movies, the scene is always the same: Quiet rooms with well dressed people lost in thought as they admire great art. And as a debonair man in a tuxedo gazes at Toulouse-Lautrec’s The Kiss, a ravishing young woman in a stunning evening gown approaches him and asks, “What do you see in this?” Witty banter is exchanged, sparks fly, and in no time the two of them are full-out porking. Now that is a motherfucking art museum!

Unfortunately, art museums are never like this. When you approach someone and say, “What do you see?”, for instance, they’re likely to say something seriously non-artistic such as, “What are you doing in the women’s restroom?” And art museums are not quiet places, at least not in Phoenix. We’ve got a lot of seniors down here, and that means there’s a lot of public discourse going on at insanely loud levels.

Old Lady: I WONDER WHAT THIS IS SUPPOSED TO BE?

Old Lady: A BOAT? THAT DOESN’T MAKE ANY SENSE!

Cashier: Actually, those are the admission prices to the museum. I’ll just go ahead and apply the senior citizen discount. 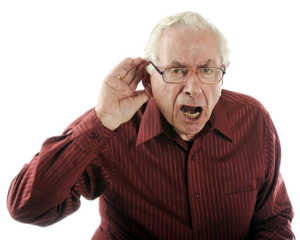 NO, I DON’T HAVE ANY HONEY! WHAT ARE YOU, SOME KINDA CRAZY PERSON?

I also noticed a lack of sophistication in the air. Now, I’m not some snobbish, upper-crust plutocrat who looks down his nose at others. Far from it. But the guy in the NASCAR t-shirt who was going from painting to painting, pronouncing each one “Crap!” after a quick glance was not someone I would invite over to my house unless the septic tank needed to be emptied. I get it, dude. You were trying to make your girlfriend laugh. But she wasn’t laughing, she was engaged in something that I would call turbo-blushing, while everyone else was thinking one of two thoughts:

He reminded me of a guy in front of me once in Colossal Cave outside of Tucson. The guide had said something that ended with the word “time”, and the guy turned and looked at his girlfriend and spouted the most insanely stupid stream-of-consciousness crap I’ve ever heard in person.

This put both him and his girlfriend into utter hysterics, and they doubled over in laughter in front of me as I stared openly at them. Finally, they noticed me looking at them, and I said, “You guys are high, aren’t you?” I could tell by the panicked look they got on their face and the fact that they turned away from me and acted as if that whole scene had never happened that I was right.

But the NASCAR guy didn’t have the excuse of good drugs to mitigate his behavior. He was just a fucking goober. There’s a list of things they won’t allow you into an art museum with: Paintball guns, X-Acto kinves, flamethrowers, and the like. They need to add NASCAR t-shirts to the list. I mean, it’s not like artists show up at NASCAR events with a canvas and art supplies in tow… 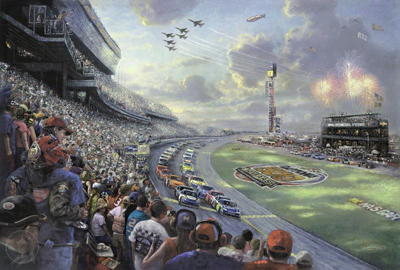 Finally, several readers have asked me to come up with a new Poll of the Moment because this one was just so horrifying:

Fine. I’ve changed it. As you can see, I’ve gone the classy route.

Another week has begun. Onward and upward, people.