A Different Book Of Job

Those of you who know me or have read this blog for a while know that I’m an IT guy, which is a fancy way of saying that I work with computers. This is an ideal job for me as it allows me to  slip Photoshopped pictures of coworkers I hate into the corporate website at random intervals. This makes for some interesting support calls. “Yes, I’m having a problem with your web site. I try to click the continue button, but the picture of the CEO power-fisting a goat keeps getting in the way.”

It also gives my employers the ability to keep me in a locked room, far, far away from the general public, which is a good thing. I tend to be insanely honest when it comes to discussing work with other people. “Yes, I know that part of the application is confusing. The guy who wrote it was either high on glue, or missing several important chromosomes.” So I find myself in a job well suited for someone of my skillset and attitude.

There are a lot of other jobs that I wouldn’t excel in. Mortician, for instance. I’m far too free-spirited and immature to hold that job for long. It is a job that requires a certain amount of decorum and dignity, and I’d almost instantly find myself saying things like, “Oh, yeah? Well how do you know your grandfather wouldn’t have wanted to be used as a coffee table? Did you ask him?” I’d also introduce “innovations” to the industry that would not be well received, such as having a guy dressed in a devil costume laugh evilly from the back of the viewing room unless the bereaved paid the full amount due up front.

I’d also make a lousy kindergarten teacher. Not because I don’t like children, mind you. I love children (not like that). It’s just that it would be damn near impossible to resist the urge to start slipping subversive shit into the curriculum. This would come to a head during the annual school play.

Timmy: I am an incisor. I am used for cutting food.

Jillian: I am a molar. I am used for grinding food.

Hayden: I am a canine. I am used for tearing food.

Leslie: I am a bicuspid. I am used for crushing food.

All: We are teeth, and we are strong because our government puts fluoride into the water supply, strengthening our teeth, and rotting our minds. FREEMASONS RUN THE COUNTRY!

I tell you what, though: Although my students wouldn’t necessarily meet the mandated minimum proficiency ratings for core subjects, they would be well ahead of their age group in Led Zeppelin-related topics, rocking out at a 12th grade level. 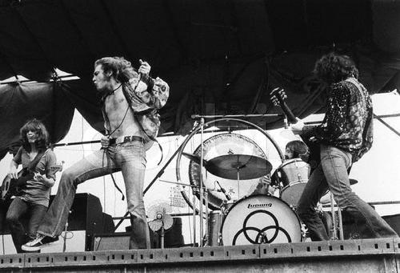 A is for Awesome, which Led Zeppelin is… B is for Bonham, the best in the biz…

I’d also be a terrible airline pilot. I would constantly fuck with the passengers out of sheer boredom. For instance, if I was flying the LA to New York route, I’d wait until we were two hours into the flight and announce that we were going to have a 3 hour layover: In LA. Or I’d announce that we were making our final descent and then “forget” to turn the microphone off:

Copilot: Do you think they have any idea?

Me: No, and if God is kind, they won’t have a clue until they slam into the ocean at 600 mph, killing them all instantly.

And then I’d put the plane into a descent and listen to the passengers howl.

On red-eye flights, I’d wait until everyone is asleep and start making pointless announcements, because that’s happened on every red-eye I’ve ever taken and who am I to break with tradition? “This is your captain speaking. I’ve got a little bit of a treat for you tonight. For those of you on the right side of the plane, if you look out your window, you will witness the Rapture.” 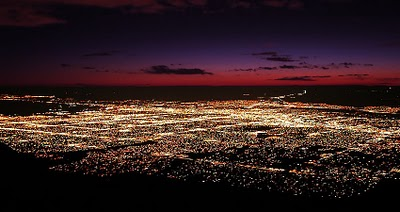 I actually think that I’d make a good zookeeper. From time to time I’d do something guaranteed to boost attendance, like push a baby stroller full of steaks into the lion enclosure. That’d capture people’s attention. And I tell you what, the zoo would close on fucking time, that’s for sure. I’d simply sprint down the main thoroughfare, covered in blood, shouting “Run for your lives!” as large animal growling noises played from the loudspeakers. The zoo closes at 9:00 and the place would be deserted by 9:01, every night.

I would be a horrible plastic surgeon, simply because I would put tits on anyone that came into my office. “I understand you’re upset, Mr. Clark, but you are single. Think about how much time and money this saves you!”

I think we all know why I can’t run a bar or a liquor store.

We’re all told at a young age that we can be whatever we want to be when we grow up, but that’s clearly a huge crock of shit. If I had known better at the time, I would’ve said, “Really? So if I study hard and really apply myself I can become the first African-American, militant lesbian President?”

There are jobs that we do not want, jobs that we cannot have, and jobs that we will be disqualified from having the very instant we are born. The trick is to find the best job out of what remains, and to judge by the comment I left in some code I wrote this afternoon, I chose fairly well:

//Kenny Loggins is a fuckface.