I’ve got a weird week in front of me: I’m working tonight, I’ve got my son’s baseball game to attend tomorrow night, Halloween is Thursday night, daughter’s choir concert on Friday night, cooking, cleaning, blah, blah, blah, nobody cares, Greg. But it does mean that I have less time to think about what I write on this gigantic collection of dick jokes that I call a blog. So instead of a well-thought out post with a point and other niceties (such as sentences with word order correct), you’re more likely to get a strange, stream-of-consciousness post with little or no socially redeeming qualities. Kind of like MTV.

I have to admit this: I don’t know if MTV still exists. I mean, I’m pretty sure it must, but I don’t watch it and neither does anyone I know, including my kids. So if it had gone off the air, say, five years ago, I would not have noticed. This seems strange to me, for some reason. When I was growing up, MTV wasn’t just part of pop culture, it was pop culture. This, of course, was in the 80’s when MTV was good. Well, I wouldn’t call it good, exactly. It was more useful than good. Say you were sitting around the house, stoned, and you wondered if David Lee Roth was still a gigantic twat-bag: MTV had you covered.

MTV also had the power to make you think back then. You’d turn it on, and within 15 seconds you’d think to yourself, “Who gave this asshole a record deal?” Seriously, there was a tremendous amount of shit on MTV back then:

Still, MTV was always on in the background. The soundtrack of many people’s teenage years consisted of hair metal power ballads interspersed with Clearasil commercials. Even if you didn’t watch 120 Minutes, you knew when it was on because everything got really fucking mopey all of a sudden. Headbanger’s Ball announced itself with woodpecker-like drums and banshee wails emitted by guys that really needed to get better fitting spandex pants. Yo, MTV Raps!… Uhhh, I didn’t watch that. Then, as now, rap sounds to me like nothing more than shoes in the dryer. Anyway, it wasn’t that you watched MTV, it was more like air conditioning. Something that was just… there.

Until one day it wasn’t. After I’d gotten out of college, I somehow got the notion in my head that there was more to life than smoking dope and throwing shit at the TV whenever Milli Vanilli came on. I ventured outdoors, got a job, and began living this thing called life. When I thought to turn on MTV again, five years had passed and MTV was all but unrecognizable. Gone were the videos, replaced with strange shows that were supposed to be edgy, or funny, but instead only managed to be irritating as all hell. It was as if the MTV programming execs had jointly decided that this was their target demographic: 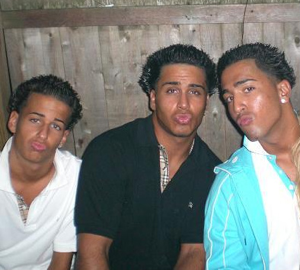 The MTV target demographic: Because someone has to buy all the roofies.

Looking around, I noticed a bunch of other, strange MTV-related channels. Here, as far as I can figure it, was how you watched your music videos if you grew up with MTV.

About the only thing good about VH1 and VH1 Classic, incidentally, was Pop Up Video which had an insanely addictive format: They’d show you horrible videos, and pop up factoids about the song or the artist involved. They came so fast that you just kept watching, hoping that the next one would be something juicy: “Prince enjoys having plus-sized models crush his testicles with meat tenderizers.”

By the time Youtube gained popularity, fuck MTV. Because why would you sit through a couple of hours of shitty videos and commercials just to see Eddie Vedder attempt to sing when you could go on Youtube, watch the same video, and then participate in an enlightening conversation via the comments in which you learn that your mother is a whore? Youtube is a like a profane, homophobic, racist, instant-gratification version of MTV in which you get to decide the number of times that you want to see Phil Collins (zero).

I wonder if people get nostalgic over MTV? I know I sure as shit don’t. We watched MTV not because it was good, but because we had no other options. It’s not like we were going to get stoned and watch CSPAN or anything. MTV filled a void that needed to be filled, much like shit fills a septic tank.

Ok, I spent way more time writing about MTV than I wanted to, and way more than MTV deserves. A couple of footnotes, though: I guess MTV does exist. The VMA’s (aka Miley’s Stanky Vag Party)… That’s an MTV thing, isn’t it? I think so. I’m not about to look it up. So, I guess, congratulations to MTV for lowering the level of national discourse for over 30 years. Fuck you. 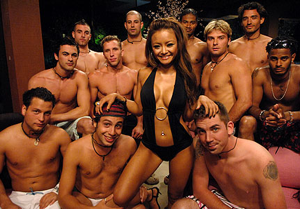 Pop quiz: What’s the difference between MTV and hardcore pornography? People like pornography.

Also, I would totally have hooked up with Martha Quinn if I’d had the chance, at least until she fucked Bobby Brady, at which point she was pretty much dead to me. In case you don’t remember, excessive cocaine use at CBS resulted in the horrible decision to bring back the Brady Bunch in an hour-long drama format. Designed to leverage the Brady franchise while piggybacking on the success of similar shows, The Bradys could charitably be described as Thirtysomething with brain damage.

I, of course, watched every episode. All six episodes. Six. It was so bad that even the people stupid enough to green-light that abortion stood up and took notice. Anyway, Martha Quinn played Bobby Brady’s wife, although he only married her after he became a paraplegic in a race car accident (of course Bobby Brady was a race car driver), so there’s a high probability that this was just a pity marriage, which now that I think of it, is probably the only way anyone in that family could ever get hitched. I mean… Jan?

Also, Marcia began drinking, became a full-blown alcoholic (i.e. she drove her kids to school wasted), and was totally cured in 60 minutes, which is pretty fucking impressive if you think bout it, which you almost certainly shouldn’t. The Bradys was fucking horrible. 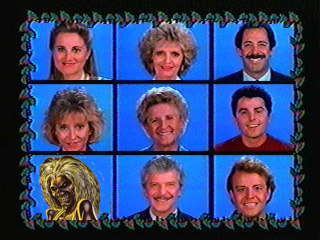 Not many people remember CBS’s controversial decision to replace Cindy with Eddie, the mascot for heavy metal band Iron Maiden.

And speaking of fucking horrible, do not read the rest of this post if you are eating Chinese food or yogurt. The Washington Post, apparently trying to kill the Chinese take-out industry, revealed the rather unique source of cooking oil used by street food vendors in China. They basically fish dead rats and shit out of open sewers, heat it up, and sell the resulting product as “gutter oil”, a practice that is at least half as disgusting as eating at Taco Bell.

Seriously, if you were challenged to come up with a less hygienic way of preparing food, I don’t think you could top this unless you decided to prepare crêpes Suzette in Quentin Tarantino’s pants, then maybe you’d make a case for that being slightly worse. I mean, what the fucking fuck?

Steve: Yeah, and the worst part about it is that in 90 minutes, we’re going to want more.

What’s fucked up is that this isn’t a case of some isolated weirdo fucking with the food supply, like that one deve who was handing out samples of yogurt he’d spooged into (more on this in a moment). No, Chinese officials caught one gutter oil supplier with 3,200 tons of the stuff. Good God, China, if you’re going to make people eat dog, at least make it be clean dog. 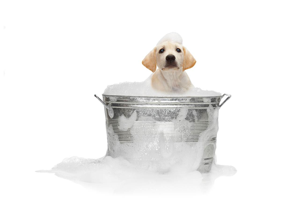 Ok, the yogurt guy. Here’s a quick capsule summary: Woman goes into a grocery store. Man approaches woman and says, “Here, eat this yogurt.” Woman eats yogurt and says, “Yo, this is jizz you fuckbag!” Hilarity and court proceedings ensue. (My favorite part of the article is the statement “I spit it out on the floor many times because I was upset,” which is probably the biggest understatement I’ve read in the last ten years. If I had been stupid enough to fall for the “yogurt from a stranger” trick, fuck spitting, I’d be opting for a total head transplant.)

That is un-fucking-believable., isn’t it? What’s even crazier is that MTV turned it into a reality show. It’s called Jersey Shore.