I had a different post planned for tonight, but as usual my plans were overtaken by events in the real world, or as I like to call it Stupid Meat-Reality. My sons both had homework to do, and while that was going on I found out that my daughter had sprained her ankle playing basketball which meant that I also had to play the role of full-time nurse. My daughter has always known how to milk a situation for all it is worth, and now that she’s a teenager she’s somehow gotten better at it, so in no time I found myself having to read things for her because apparently spraining your ankle makes reading impossible.

Since I find myself short of time, I’ll just relate an anecdote I found myself telling today. My recent post about guys and their innate love of all things explosive, prompted many offline discussions, most of them with women who wanted to know, “WHY? WHY IN THE WORLD WOULD ANYONE DO THAT? WHAT THE FUCK IS WRONG WITH YOU GUYS?” I was tempted to point out that guys are unlikely to ever pluck their eyebrows and then draw them back on, like members of a certain gender I could mention, but instead I wound up discussing the more practical aspects of Congenital Male Idiocy Syndrome:

Female: What are you going to do when your boys get to be teenagers?

Me: There’s not much you can do.

Female: What?!? You’ve got to do something to protect them!

Me: Well, duh. I’m not going to keep open containers of jet fuel lying around or anything. And if I do, I’m going to be smart about it and hide them inside the oven or some other place they’d never look. But when you’re a guy, you don’t need dangerous things in order to devise a dangerous situation.

And that’s totally true. Trouble follows guys around. Go into any prison in the country, and you’ll find guys making booze out of nothing but ketchup packets and sadness. We’re that good at getting into trouble. Johnny Cash was a guy, and he once managed to take a truck ride while high on speed and turn it into a raging forest fire that almost totally wiped out the California Condor. Seriously, he killed 49 of the 53 left at the time. When asked why he did it in court, he said (and again, I’m not making this up), “I didn’t do it, the truck did,” and furthermore, “I don’t care about your damn dirty buzzards.” Only a guy could convert a joyride into an extinction level event. 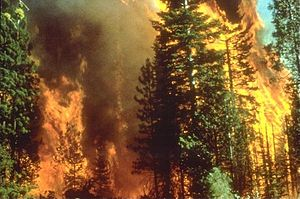 As a way of further demonstrating how trouble just seems to follow guys around, I trotted out a story I haven’t thought about in years, involving a bunch of 10 year old boys in a bathroom. I was in 5th grade, and found myself in the boys bathroom with a bunch of classmates. As our school only had one male teacher, the boys bathroom was less a place of excretory relief than it was a place to take a vacation from lawfulness. We could swear, or give each other noogies, or call the teachers a bunch of fucking bitches more or less with impunity. But other than that, there wasn’t a whole lot of opportunity for hijinks, just a bunch of kids and some toilets.

Some seriously high powered toilets. This was back in the 1970’s, when toilets were still manufactured to use more than a goddamn thimbleful of water to get the job done. In addition to that, these toilets were meant for a boys bathroom in an elementary school, so they needed to be able to successfully flush objects as large as an Emperor Penguin which was accomplished by introducing an awful lot of water pressure to the system.

I should take the time to explain something here. All kids go through a phase where the toilet is of immense interest to them. That’s understandable. If you think about it, a toilet is a pretty strange thing. A swirling vortex of water, waiting to whisk objects into another, unseen mystery dimension. But girls get over it pretty fast, whereas boys (because trouble follows us around) are fascinated a little longer.

I remember my dad furiously jamming a toilet snake into our bathroom’s crapper, in an effort to unstick a mighty clog. “Are you sure that you didn’t flush anything down here?” he asked for the 13th time.

“No! Of course not!” was our repeated answer.

A few minutes later, he managed to drive the snake through the clog and pull it back into the toilet bowl. It was a whole Valencia orange. 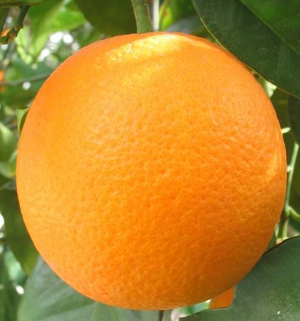 Hmm, maybe Mom is right. Maybe I should chew my food more.

So obviously, the fascination with toilets was still strong with us, even at the age of 10. This was when a classmate named Brian announced that he was going to perform a stress test on a toilet by flushing it a million times in a row. You know how your toilet takes time to refill the tank, and you have to wait a few minutes between flushes? These were industrial strength toilets able to deliver Niagara-levels of water in mere seconds, and better yet, you didn’t have to wait between flushes. You could just go to fucking town, which Brian then proceeded to do.

And every time he flushed it, we laughed harder and harder and harder until we heard this strange groaning noise in the walls. Everybody froze, and time telescoped out into a terrible, doomed eon, during which we all knew the horror of the damned, because like it or not, we were about to find out the answer to the question, what happens when you flush an industrial strength toilet 72,000 times in less than a minute?

What happens is that every toilet erupts like fucking Mt. St. Helens. A loud WHOOOMP! noise was followed by columns of water shooting up to the ceiling, and then a cacophony of laughter as Brian staggered out of the stall, soaked to the bone. 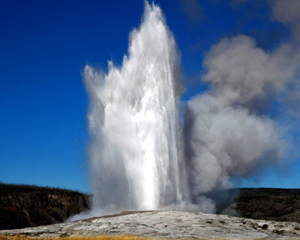 Picture this, only in a bathroom.

A miniature tsunami chased us towards the door to the bathroom, as we practically pissed ourselves from laughing so hard. And, years away from learning about the joys of sex, beer, and pot, I remember thinking that this was the most important discovery in the history of the world. The ability to put toilets into reverse gear en masse was ripe with possibility, especially after we heard loud shrieks and crying coming from outside the bathroom and we realized that the toilets in the girls bathroom, some of which were being used normally at the time, had erupted too!

Needless to say, it was impossible to teach us anything for the rest of the day. Plans were hatched, elaborate revenges were plotted, enemies were vanquished in waves of toilet water, and we proudly proclaimed the wonder of living in the Year of the Intentional Exploding Toilet.

I’m not sure how they figured it out, but the school quickly made a change that made it impossible to flush any given toilet more than three times in a row. (Of course we tried it again.) But I imagine our secret became unraveled in a phone conversation similar to this:

Principal: Yeah, we had a problem with one of your public toilet units exploding, shooting water straight up to the ceilings.

Manufacturer: I see. Let me ask you something: Were these toilets in the immediate vicinity of 10 year old boys?

Principal: Why yes, they were.

So when someone asks me how I plan to keep my boys out of trouble, I shake my head and smile. I know better. I may as well ask them to stop going to the bathroom for all the good it will do.

« Previous post
An Open Letter To The Domino’s “Am I In A Tunnel?” Guy
Next post »
Bay Watch