It’s funny, no one at my office knows about this site, but if a coworker ever stumbled across it, they’d identify the author in a heartbeat. This is because half of my posts start off as improvised stand-up routines in the office. One time, I brought up a Disney nature film, White Wilderness, which was single-handedly responsible for the erroneous idea that lemmings commit suicide by flinging themselves into the sea.

What happened was that everybody involved in the making of White Wilderness suddenly went insane and they filmed a bunch of lemmings clinging for dear life to a cliff, while the crew shoved them off the side with a wooden board. Seriously. I found this to be wildly funny, and a couple of coworkers and I spent the better part of twenty minutes laughing about it.

Me: I’m sure at least one of the crew was horrified. “Mr. Disney, why are you killing all of these lemmings? They’re not hurting anyone!” And Walt Disney said, “Don’t ask questions, you motherfucker. Start throwing lemmings off of this cliff right now or you’ll spend the rest of your life in a goddamn Goofy suit getting punched in the crotch by four year olds!” And then he lit an expensive cigar with a flaming cat because Walt Disney was one serious animal-hating bastard.

Boss: Hey, is that project done yet?

Me: No, and I’m busy right now, so I can’t talk. Anyway, I heard that Walt Disney once had a couple of chinchillas killed in order to make himself a testicle cozy… 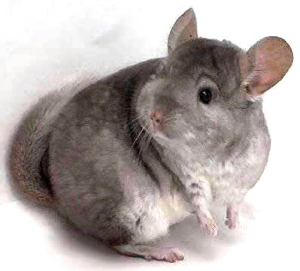 No! I know it smells like cheese, but it’s a trap! Run, chinchilla! Run for your life!

Another fun thing to do at the office is to ask people to spell words for you:

Me: Hey, how do you spell Brian Boitano?

Me: I’ve got another one for you: How do you spell hysterectomy?

Coworker: What the fuck are you doing over there? It’s obviously not work-related.

Me: Hey, how do you spell wombat? 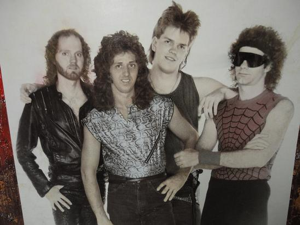 I suppose this is as good a time as any to announce the formation of my new band: Brian Boitano and the Hysterectomy Wombats.

Computer programmers are a strange breed by nature, and so believe it or not, this behavior isn’t terribly strange by IT standards. After you spend a long time staring at dense chunks of code, your brain revolts and you suddenly find yourself discussing at great length the quality of head you imagine Marcia Brady was capable of doling out. (I bet she would brush her hair the entire time.)

“Look, this is ridiculous. Of course I wasn’t claiming to have received oral sex from Marcia Brady. Just that if I had, Jan would’ve probably been in the background, throwing a total fit. That bitch is crazy, am I right? I bet if Jan found out that guys in school liked Marcia because she gave good head, Jan would be blowing boat people within minutes. She’s got some fucking issues, is what I’m getting at here.” 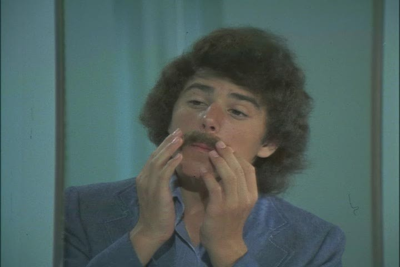 Occasionally, I find myself chatting with people from an entirely different company, which has the potential to not only cost me my job, but the jobs of everyone else as well. Usually, I am closely guarded by a person skilled in public relations, or barring that I’m equipped with a shock collar capable of taking down a rhinoceros. But one time, about 10 years ago, my boss left me alone with a vendor to get a cup of coffee and came back to discover that I was deep into a story about a sock puppet named Mr. Saucepots. (This really happened.)

The look on his face was absolutely priceless: Sheer, and total panic. “Ahh, ha-ha, Greg, what are you talking about?” he stammered once he realized that I was, in fact, discussing sock puppets. “I don’t know if you know this, but Greg is undergoing chemo for cancer. So he might be a bit woozy from the medication…”

“Nonsense, I’m fit as a fiddle. Anyway, as I was saying, this person figured that he’d get long-term disability if he convinced everyone that he was crazy, but he couldn’t risk getting fired for not doing his job, so he decided to do his job as he always had, but that he would only communicate through his sock puppet, which he named Mr. Saucepots.”

At this point the vendor exploded with glee. “OH MY GOD! I THINK I WORKED WITH THAT GUY!” she said. “I was in a meeting, and I didn’t notice it at first, but then all of a sudden this sock puppet was asking me for some technical specs. And when I answered the person and not the sock puppet, the guy got very mad at me. ‘What are you talking to me for? I didn’t ask you that question!’ I had no idea what to do!” And we shared a laugh as my befuddled boss beat a hasty retreat. 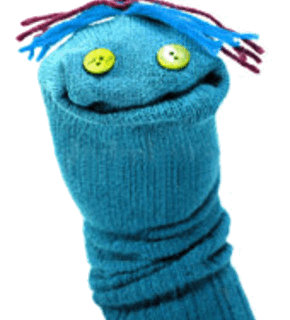 “You can tell that bitch Brenda in HR that she can blow me!”