I watched a guy lose his shit in public yesterday. I was driving home when I saw a school bus driver lay on the horn, skid the bus to an immediate halt, turn red in the face, and unleash a stream of what I assume were profanities if the shocked expressions the children in the back were wearing were any indication. Just stone cold lost it, and the reason why? No reason. He was screaming at a car that was driving normally in its own lane. Maybe the guy just has some sort of weird version of Tourette’s Syndrome which causes him to explode into profanity whenever he sees a Honda Civic.

Ok, actually it did look like a lot of fun, because the guy in question was drunk. It’s one thing to be standing there screaming, “CUNT SLAMMING FUCK STICK!”, and quite another to be yelling that while reeling around wearing an empty twelve pack on your head. It looks all the world like the difference between a mental condition and a good time.

I was attending a party which had gotten off to a slow start. Slow start parties were always brutal for the host, or at least they were when I was the host, because there isn’t a whole lot to do other than drink. And so you start drinking, and you drink some more, and more, and finally when things kick into high gear, you find yourself inexplicably trashed, drinking beer out of a crock pot, and that’s how you wake up the next morning to discover that someone (you) decided to convert the staircase into a Super Fun Slip And Slide! by covering the stairs with taco sauce and Jell-O Pudding, which probably also explains the bruised ribs and the head-shaped hole in the dry wall. 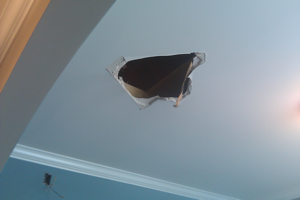 But let’s be honest: If God didn’t want us to fuck up drywall, he wouldn’t have given us hard heads and beer.

Anyway, the party was off to a slow start when I came in. I chatted with the host as I filled my beer, but I couldn’t ignore the non-stop stream of profanity coming from the back of the house. “That’s Larry,” explained the host. “He has Tourette’s.”

And right on cue, from the back room I heard Larry scream out, “SUCK BALLS FUCK ASSHOLE TITTY TITTY TITTIES!”

Since there weren’t many people present, it was only a matter of minutes before I met Larry. You don’t really know how to act when introduced to someone who just moments before was acting like an extra in One Flew Over the Cuckoo’s Nest, but Larry put me at ease by introducing himself, shaking my hand, and asking after my health right before screaming insults in my face. “Hi, I’m Larry. How are you? FAGGOT!”

I chatted with him for a while, and he seemed nice enough. He told me that he had medication which helped with his condition somewhat, but that it made him feel “strange”, and he didn’t really like to take it. The medication also caused problems for him when he drank, so he would go through periods where he didn’t take it at all. “I should be able to have a fucking beer, you know? PUSSY!”

If he was looking for sympathy, he certainly got it from me. I was the kind of guy known to enjoy beer or two after dinner, even if dinner was served at 8:00 AM, so who was I to tell a complete stranger that he should take his doctor-prescribed medication in lieu of pounding some cold ones? He shared a couple of funny, but borderline scary stories about hurling insults at complete strangers, and then the party started to get crowded and I got distracted and didn’t see Larry for a while, although from time to time I would definitely hear him. 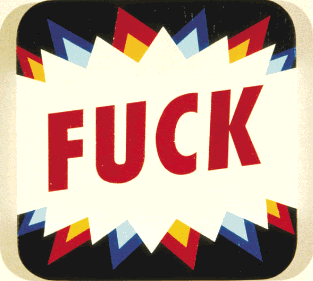 Then three black guys arrived at the party.

An aside: I have a long-standing policy to avoid insulting people unintentionally. Back in the 80’s, as people started referring to other people as “persons of color”, “African-American”, and whatnot, I figured that, hey, I’ll call people whatever they want to be called. The only problem was, living out in the far boondocks, there were no “persons of color” for me to refer to. So it wasn’t until my freshman year of college that I first used the term “African-American” in front of someone that term might apply to.

“Wait a minute. What did you just say?”

“That word, that hyphenated word: What was it?”

“Motherfucker, I have never been to Africa. I am black, dammit!”

And I’ve never used the term since. That PC shit’s too confusing for me, and anyway I prefer to call people by their names rather than their skin color. But the race of the recently arrived party goers is relevant and became suddenly important when Larry began BELLOWING the N-word at top volume.

I should mention that the race relations at my school were strained, to say the very least. And just a few months before, a fraternity had gotten in hot water because they visited their chapter at another school and somehow wound up drunkenly disturbing an African History class. They claimed that they had no idea what class they were barging in on, but that argument fell on the deaf ears of about 1,000 angry protestors who rioted outside their frat house. I was walking to my girlfriend’s apartment when I saw the commotion about a block ahead. A cop approaching the scene said, “Believe me, pal. You want to give this thing a wide berth.” 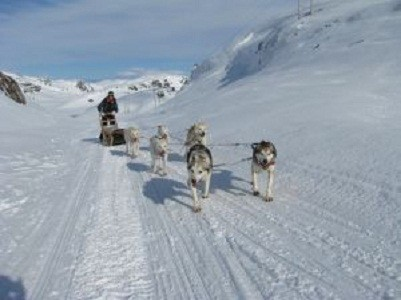 Discretion being the better part of valor, I skirted this conflict by traveling just a little bit to the north.

So when That Word arrived at 120 decibels, it was that much louder for the immediate silence that followed it. Within seconds, there was a Big Scene, with Larry making things much, much worse (“Guys, seriously, I’m sorry! NIGGER!”), and the offended partygoers helpfully offering to kick Larry’s teeth in for him.

Finally, the protests of so many other partygoers convinced them that something other than garden variety racism was at play, and they backed off. I offered to take Larry out back until things could calm down a bit.

“No way,” said Larry. “Those guys are PISSED. If they get me alone in the back yard, they’ll beat my ass. ASS! FUCK! SHIT!”

After a few tense minutes, the black guys left. Everyone felt terrible for them, even Larry who seemed chagrined and could not stop apologizing to the host. “Man, I’m totally sorry. NIGGER! I mean, I can’t control it. SPIC! KIKE! FUCK!”

The whole thing was horrifying and funny at the same time, like watching a high speed train full of clowns derail. Which must have been what it was like for those young kids to witness their elderly school bus driver blow a gasket during rush hour in the middle of Baseline Road, now that I think about it.

I’m not sure what sort of moral there is to all of this. And I don’t think that there are any lessons to learn, other than the fact that taco sauce and pudding stains are really hard to get out of carpet. Maybe the lesson is that when my kids scream out “POOP!” in a crowded restaurant, you shouldn’t judge them so harshly. Besides, their bus driver taught them that language. 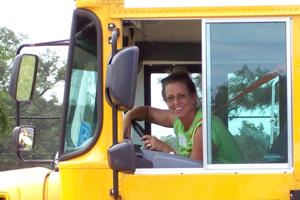