Men Are From Mars, Now Make Me A Sandwich

Let me just say right off the bat that the title of this post is a joke. I like to joke with the ladies, because they appreciate a good sense of humor and enjoy a laugh just as much as us guys do, unless, of course, they consider the joke to be Not Funny, in which case they extend their claws and emit a violent shrieking noise capable of shattering windows in a twelve block radius. Or maybe I’m thinking about eagles. Whatever. The point I’m trying to make is that I haven’t been taking my court ordered medication.

No, wait, the point I’m really trying to make is that women are different then men! And, strangely enough, I know why. Check this out: Throughout the vast majority of human history, men were required to do the hunting. Over time, evolution shaped the behavior of men to become better suited to this task by favoring the genes that made men think logically and focus on the task at hand.

Let’s take the example of Zog, chieftain of the Urg-Tok clan. As Zog is headed out to the hunt one day, he stops and considers his situation. Realizing that the shower has not yet been invented, Zog wisely chooses to stay downwind from prey and predators alike. By constantly reevaluating his environment and thinking rationally, Zog soon returns from the hunt bearing a fresh kill, feeds his tribe, and violently forces himself upon his eleven year old child-bride, propagating the genes that enable him to focus and think rationally.

Zuk, on the other hand, heads out for the hunt, but is quickly distracted by pretty flowers and thoughts of poontang, and is soon being shit out the back of a lion.

You can see how man, over time, became hard wired for compartmentalized, rational thinking. 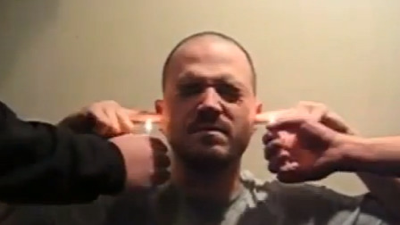 There are some evolutionary holdovers, of course.

Women, on the other hand, found themselves in an entirely different situation, one in which they were forced to rely on others. Zogina, for instance, has to rely on her elderly husband (15) for food and protection, while she also relies on other female members of the clan for assistance in child-rearing, producing clothing, preparing food, and inventing tampons. Instead of thinking rationally, Zogina is rewarded by evolution for empathy, for recognizing the mood of others, attending to their emotional needs, and forming a network of support, the bonds of which are strengthened by love and friendship. This gives Zogina the safety and security she needs, and although she often wishes that foreplay had been invented, her genes are also propagated.

Zukella, on the other hand, is a raving bitch, and wakes up one night to discover that the clan has moved without telling her and also smeared her with antelope entrails and stuffed her into a hyena den.

You can see how over time, women became hard wired for empathy and social networking.

This isn’t to say, of course, than women cannot think rationally. They can, and they do so all the time. Conversely, men are absolutely capable of feeling empathy, even if we are only faking it to get sex. But in general, it is the byproduct of millions of years of evolution that are at play when we make the general observation that men tend to be logical and rational, and women tend to be more social and intuitive.

None of which explains Courtney Love.

Recently, Courtney Love took the cock out of her mouth long enough to post the following on Facebook about the Malaysia Airlines flight 370 tragedy :

I’m no expert, but up close this does look like a plane and an oil slick.

And she attaches the best illustration that you can possibly get when you combine satellite imaging, MS Paint, and an almost lethal amount of heroin: 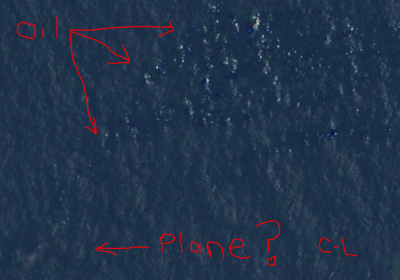 I’m not sure what Courtney was thinking here, but quite possibly she figured that if anyone knew something about going down, it was her.

Don’t get me wrong, she has every right to post her thoughts on the internet. The internet is for everybody, after all, and not just those of us with functioning frontal lobes. Personally, I’d like to see Courtney delve into other mysteries on Facebook, such as the JFK assassination.

I’m no expert, but I’m pretty sure JFK was murdered by the Keebler corporation. 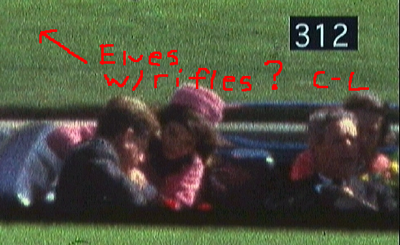 Or the mystery of the Bermuda Triangle:

I’m no expert, but the Bermuda Triangle doesn’t look like a triangle to me at all! 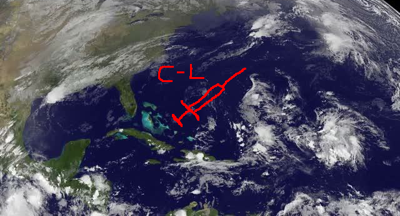 I’m no expert, but I’m pretty sure I blew this guy once. 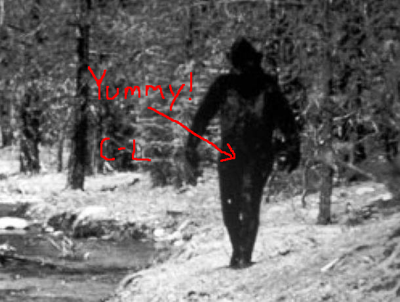 Hell, if she plays her cards right, she could expand into a whole pulp mystery format. 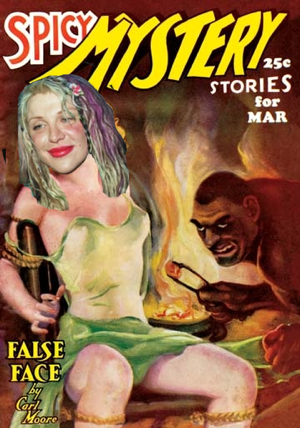 It would be a lucrative career move for her, and she needs to act now because she’s not getting any younger, and it’s probably only a matter of time before someone smears her with antelope entrails and stuffs her into a hyena den.

« Previous post
Welcome To The All New Dogs On Drugs!
Next post »
A Foray Into The World Of Fine Literature