ObamaCare Can Suck A Donkey Dick

I haven’t been posting a lot lately since my medical issues began taking a turn for the weird. What started off as garden variety back pain suddenly morphed into a bunch of weird symptoms that had me running back and forth to the doctor’s office, I suspect because “take these and see me in two weeks” is medical jargon for “I don’t know what the fuck that is, and hopefully if I send you away you’ll die before coming back and I won’t have to deal with this.” You think I’m being paranoid, but I’m pretty sure that health care providers aren’t supposed to yell “Dead man walking!” when you leave the examination room.

It used to be, of course, that I was on the sunny side of the line dividing youth from middle age. If for some strange reason I felt the need to go to the doctor, the doctor was falling all over himself to reassure me that I was fine. “What? A young fella like you going to see a doctor? Get out of here! I’m sure this is nothing.” Thus reassured, I’d sit there while the doctor gave me a brief once over. “There! You see? You’re suffering from a mild muscle strain, probably due to being so goddamn awesome all the time!” They’d refuse to charge me for the visit, give me some free morphine samples, and tell me that the receptionist would blow me on the way out. Being young was fucking awesome.

Now, however, it’s entirely different when I go to the doctor.

Me: Doctor, I’ve got this minor, almost insignificant rash on the back of my hand.

Doctor: Hmmm, well, that could be contact dermatitis, or it could be the onset of sudden, catastrophic bone failure.

Doctor: Or it could be nothing. But for a guy your age, I wouldn’t want to risk it.

Me: Just curious, did they ever introduce the concept of bedside manner where you went to medical school? Or did the Nazis drop that from the curriculum entirely?

Doctor: So let’s run some tests. We’ll run a four foot cable up your ass, heat your core to 120 degrees from the inside, take some eyeball scrapings, and in three to four months we’ll be able to tell you that the tests were inconclusive. Here is a free sample of what we call an explosive laxative. I want you to take two of these before flying anywhere, mainly because I think it’s hilarious. Any questions?

Me: Can I just go home and die instead?

Doctor: No, your insurance plan doesn’t cover that. 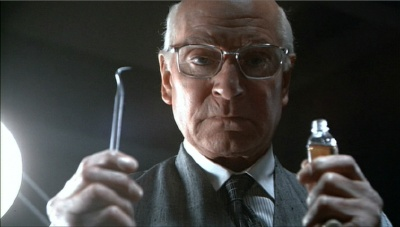 I went with Iron Cross/Blue Shield as my insurance company. If the name didn’t tip me off, the fact that all of the in-network doctors practiced in Argentina should have,

This is bullshit, and I blame ObamaCare. I blame ObamaCare because I, like all Americans, blame the President for everything that goes wrong. The President could have just finished taking the oath of office, and if the price of pork bellies has declined a tenth of a percent, chaw-spittin’ Iowans will be hanging him in effigy before sundown, because fuck that asshole! A tenth of a percent!

I’m totally down with this practice, as it’s a great way to avoid personal responsibility in general.

News: In domestic news, a new government gun buyback program is generating controversy after it was discovered that the guns were being resold at day care centers…

Not that I’ve got a problem with Obama per se (which is Latin for “unless he implements a beer tax”). He just happened to be the guy in charge when I got that bullshit speeding ticket. If he had protected my Constitutional right to exercise my freedom of speech at 95 miles per hour in a hospital zone, I wouldn’t be in this jam in the first place. What an asshole.

I do kind of admire him, in a way, inasmuch as he’s able to address his critics with thought out, well constructed sentences that stay on point. The previous guy responded to criticism mainly by grunting and flinging his own feces.

But the idea of blaming whoever happens to be in charge whenever something goes wrong is fucking solid. We need more instant feedback like that in my opinion. I think we should have a Chair of National Feedback installed in the Oval Office. Every week, the President sits in the chair as Ryan Seacrest announces his popularity polls. If they are above 50%, good things happen in the Chair of National Feedback. If you’re just at 50%, maybe you get a breath mint. At 55%, a quick back rub. And as you progress higher and higher in the approval ratings, things would get better and better until finally the President would find himself getting tongue bathed by the Hooters girls that don’t have STD’s. 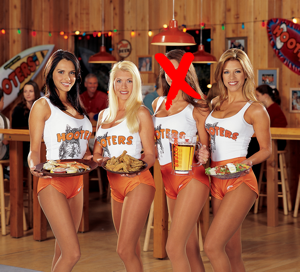 Recent estimates put that number as high as three.

(Two quick digressions: First of all, I realize that this particular scenario assumes that the President is a man. But it works for women too. For instance, if Hillary Clinton became President, we could reward her for high approval ratings by getting her a new broomstick to fly around town. Also, think about how much better Bill Clinton would have been in office if the Chair of National Feedback had been in place back then. The headlines would have read, “President Announces Stimulus Plan: All Americans To Receive Billion Dollar Tax Refund”)

But of course, Presidents with low approval ratings would have reason to fear the Chair of National Feedback. Bush would’ve taken more than a few cattle prods to the nuts on live TV, and besides encouraging him to retire, think about the ratings that would generate. We’re talking Super Bowl-level, worldwide ratings gold. When will we, as a nation, stop being so goddamn selfish and start thinking about wealthy television executives! Oh won’t somebody please think of the wealthy television executives!

Anyway, so I’m still dealing with that whole thing, and quite often it robs me of the ability to sit down long enough to write a post (stupid explosive laxatives). Bear with me, though, and I’ll resume my usual ramblings and libelous statements about Angela Lansbury (13 inch clit) as soon as possible, unless, of course, Obama makes me get a little too crazy with the pain meds and I wind up passing out face first onto my keybsajhlajkf alsdjfhlasdkj gasdlkjgfalkdjgfhadfkljgsdfgbsfdkbsfkjlgbkjlfgsnkjbsfkjnb…