Everything I Know About Armored Cars

I was sitting in traffic today behind an armored car when I realized with a start that of all the trivial, meaningless bullshit that I’ve vomited onto this website, I haven’t written a single word about armored cars. I know! Crazy, right? How thoughtless of me! I mean, out there somewhere is a person who up until I wrote this post probably cried themselves to sleep at night, thinking, “Look, I already know what you think of the movie Starship Troopers. Is it too much to ask that you write a little something about armored cars?” I hope you can forgive me, dear mystery reader. Here is everything I know about armored cars.

I used to live in Tucson and worked as the head of the training department for a company that taught computer classes to people who really had no business being in front of a computer in the first place. I had the same woman in the Introduction to Microsoft Windows eight times, and each and every time I asked her to look at something on her screen, she gave a perfect impression of a deer caught in the headlights, the only difference being that I would never punch a deer in the face. This woman, on the other hand, certainly warranted consideration vis-a-vis face-punching. Our conversations went like this:

Me: Ok, so you see the drawing on the board of what a “window” looks like, right?

Me: Ok, so can you tell me where the “close button” on the “window” is, just by looking at the board?

Mentally Deficient Woman: It’s the little box with the “X” in it, right next to the arrow and the words “Close Button!”

Me: Good! Now look at the “window” on your computer screen and show me where the “close button” is.

Mentally Deficient Woman: (eyes bulge, sweat trickles down forehead, goes completely catatonic except for the fact that she just pissed her pants)

Me: Hey! You’ve made progress! Last week you ran from the room in tears!

Mentally Deficient Woman: (runs from the room in tears)

I shouldn’t make fun of her, I suppose. She was of at least average intelligence in every other regard, she just had some strange mental block when confronted with a computer. And by mental block, I mean she turned into a drooling moron with all of the intelligence and aesthetic appeal of a turnip. 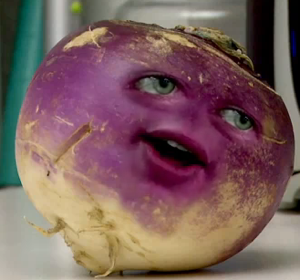 Her employer kept sending her to our class, figuring, I suppose, that I’d either cure her of her extreme phobia or break her neck out of frustration, solving his problem either way. Finally, he signed her up for a one-on-one class with me, which caused me to be very frank with her. “Look, you’re extremely retarded, and I can’t teach you. So either show me your tits, or get the fuck out of here.”

Hahaha, just kidding. Instead of trying the same old thing, I just sat down and spoke with her. I asked her why she was so afraid of computers, and she started hyperventilating. Really. It was crazy. So I told her to sit down and take a few minutes to compose herself, and while she was sitting there, I hit upon an idea. I did a quick search for “funny news” and pulled up an article. An article about an armored car.

The article explained that a police officer in some rural Southern town had spotted an armored car driving down the road with a guard waving frantically from the back door, which he held open with one hand. The cop called it in, and in no time a squad of local, county, and state police surrounded the armored car and forced it to the side of the road. This is when they discovered that the frantically waving guard was not, in fact, trying to signal the police. No, a fellow guard in the back of the armored car had eaten a large lunch at a Mexican joint, and this poor bastard was merely trying to air things out a bit.

I started laughing hysterically, and motioned to the brain damaged woman to come over to my desk. “Oh my God, you have to read this,” I said. “This is hilarious!” And what do you know? She came right over, read the article, and began laughing heartily. And as she sat there, chuckling, I said to her, “So you just used a computer. You know that, right?”

Now in the movies, this woman would have had a grand revelation and discovered that computers are nothing to fear, but are instead tools created for us to use, to help us get work done, communicate with others, and even entertain ourselves. She’d probably go on to found her own computer company, retiring at the age of 40, happy, and content with her technology-filled life.

Instead, the woman gave out a short squawking noise, and bolted from the classroom. I never saw her again. 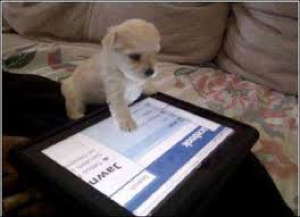 Luckily, her replacement in the office was much more highly trained.

So an armored car is not really a place you want to be after refried beans have been consumed. That’s one thing I know. The other thing I know about armored cars is that people will do incredibly stupid shit to get inside of one. I worked with a guy who had a friend who had been out of work for a while, and desperate to find employment, he put up an abbreviated resumé on Craigslist.

A few days later, he got a call from a guy who told him that he might have something for him, and proceeded to interview him over the phone three times. The strange thing about the interviews was that they had little to do with job skills, experience, or any of the other kinds of things that most employers want to talk about. Instead, they tended to center on the following topics:

Finally, just as the guy was about to write off his potential boss as yet another Craigslist weirdo, he came clean: The job involved robbing an armored car. The “boss” used to work for an armored car company, he knew the route the target would take, how much money would be in the car, what the protocol was, and how to rob the car successfully with no chance of getting caught or shot.

The guy may have been desperate for a job, but he wasn’t that desperate, and after contacting the police, the police set up a sting operation and ultimately arrested the guy for being a complete fucking moron. Oh, and also for conspiring to rob an armored car.

You have to be a special brand of idiot to recruit complete strangers off of Craigslist to help you commit flagrant felonies. Not only are you going to get caught, but your liable to get hooked up with some serious fucking wackos.

Criminal Mastermind:  Ok, are you ready to… What the fuck? Why are you dressed up as a ten year old sailor girl? And why do you have a raging hard-on?

Recruit: That’s my thing! I thought you wanted to… Wait, are you seriously going to rob an armored car?

Recruit: Oh, shit, I thought this was just cosplay! 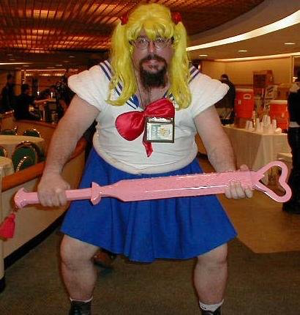 And there you have it, the sum total of everything that I know about armored cars. Tune in tomorrow when I divulge all of my knowledge about transvaginal mesh. (SPOILER: I know absolutely nothing about it except that I’ve been told that I cannot sue anyone because of it.)