Deep In The Heart Of Sex Act

I was sitting in traffic today, stuck behind a large Cadillac with Texas plates when it dawned on me that the state of Texas should really have an additional letter in it. Specifically, it should have the letter “C”, because if it did, then you could rearrange the letters in Tecxas to spell “Sex Act”, and how fucking awesome would that be? Answer: 7 million. It would be 7 million awesome.

(One last note on the funny sex-laws subject: In Oklahoma, bartenders are not allowed to permit simulated animal sex on the premises, which tells you pretty much everything you need to know about Oklahoma.) 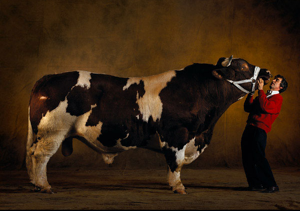 Anyway, I thought it would be cool if we could spell “Sex Act” with the letters in Texas, but without the “C”, we’re just going to have to do with some other state, like Arkansas (A Rank Ass), which is funny, but not good enough in my book. So I took the time to write the Governor of Texas, and I’ve reprinted my email below so that you, dear reader, can copy it and pester a government official for yourself. It’s fun! It’s easy! And if you do it often enough, they send nice men wearing blue suits and sunglasses to your door to ask you to stop!

I am writing to you not as a citizen of Texas, but as a concerned American, and I am hoping that you can assist in a matter of great importance: Adding the letter “C” to the name of the great state of Texas.

The reason why I think this must be done is because if we renamed the state Tecxas, then you could rearrange the letters to spell out the words “Sex Act”. Wouldn’t that be a hoot? If I could spell “Sex Act” from the letters of a state, I would drop everything I was doing and move to that state right away because “Sex Act!” That’s just awesome.

Now I know that you’re really busy out there in your great state, what with executing the retarded and all, but if you could take some time to ram this bill through the State Legislature, I’d really appreciate it. To make it worth your while, if you rename your state Tecxas before the end of 2015, I will send you three (3) D cell batteries and drawing I made of a cat playing pinball.