It probably won’t surprise you when I say that a staggering amount of research goes into a typical Dogs on Drugs post. And by staggering, I mean almost none. Not quite none, of course. Sometimes I have to drink a lot of beer and spend inordinate amounts of time on YouTube. Sure, that sounds like fun but believe me, it’s really hard to pull this off at work. The last time I got caught, I was told in no uncertain terms that my job as a school bus driver requires that I remain sober and watch the road. At the same time! Jesus, I didn’t get a philosophy degree to put up with this bullshit.

Hahaha! Just kidding, I’m not a school bus driver, and I certainly don’t have a degree in philosophy. Instead of spending money earmarked for a college education on a philosophy major, I decided to do something a little more worthwhile with it: I burned it.

There’s an old joke about philosophy that is fun to tell when you run across some half-drunken philosophy queef holding court at a party, talking about Foucault or some such shit. The dean of a university is reviewing the department budget requests when he sees the physics department’s request and nearly has a stroke. He summons the head of the department to his office.

The dean kneads his temples and says, “I wish you were more like the mathematics department. They only ask for paper, pencils, and trash cans. Better yet, the philosophy department: They don’t need trash cans!”

(Sorry. That’s about as funny as it gets for philosophy.) 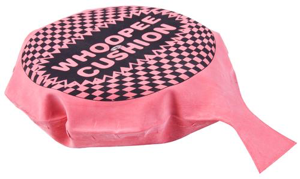 I stink, therefore I am

Anyway, back to the topic at hand: YouTube videos. YouTube is a lot of fun, but it can be a god-awful sinkhole when it comes to productivity. Here’s what invariably happens when I venture on to YouTube:

If you wanted to cripple the American economy by radically reducing productivity, you could do no better than the YouTube related videos section.

One of the things I’ve been watching lately is a series of videos put together by people with BetaMax recorders and oceans of free time. They contain nothing but old commercials from the 70’s and 80’s. There’s an excellent book that I’ve referred to before titled Infinite Jest, and in it there exists a movie so compelling, so wonderful, that when people start to watch it, they become hooked and will watch it on an endless loop without stopping until they are dead. YouTube videos of commercials from the 70’s and 80’s are like that to me. 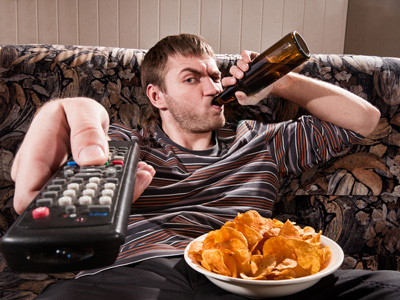 I won’t stand for commercials on TV, but put them on YouTube and I’ll watch them forever. Go figure.

The reason I ran across them in the first place was the “research” I’d done on the Carpeteria Guy (who has now been honored with a permanent place on the home page if you hadn’t noticed). “Huh,” I said, as I clicked on the first video. “I bet I remember some of these!”

If you’re old and falling into dotage like me, you will totally remember that commercial from the lyrics alone and understand why I was instantly hooked. And sometime during the next year or so of binge commercial watching, I ran across the old Calgon commercial:

Now, the first million times I saw this commercial when it aired (and honestly, it was on ALL the time), I didn’t really give it a lot of thought. But this time around it struck me as profoundly fucked up. They say that behind every successful man is the love of a good woman. But this commercial makes a different statement: Behind every bankrupt, destitute former dry-cleaning establishment owning Chinese man lies a blabbermouthed harpy bent on his destruction who shouts out trade secrets at the top of her lungs.

Seriously, stereotypical Chinese lady, do you not understand where the money comes from to buy those ridiculous Chinese housecoats? They come from customers stupid enough to spend fifteen bucks to launder a single shirt, and if you keep telling them that they could have accomplished the same thing at home by buying a three dollar box of Calgon, you are going to be living under a goddamn bridge.

Man, you see Chinese Calgon Woman coming, fellas, you run the other way. She is always looking to bring a good man down. 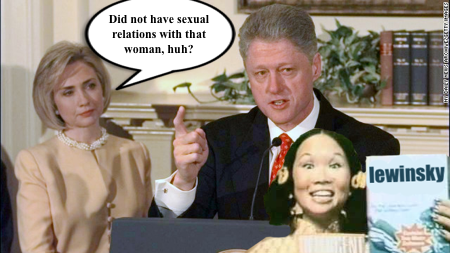 (Here’s the Big Red commercial, by the way. They say that the best way to get rid of an ear worm is to listen to it a few times. You’re welcome.