Al Gore Called Me a Racist! 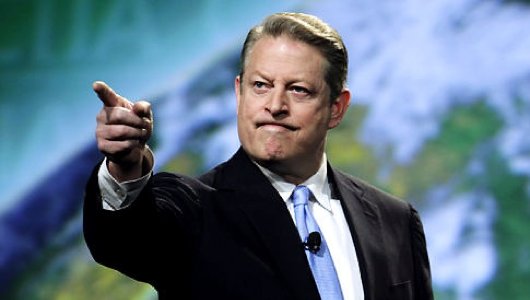 Ok, not me personally.  But he did call anyone who denies his version of “climate science” something akin to a racist.  And since I’m one of the many, many people calling for legitimate science to be performed, instead of the relying on Al’s proselytizing dumb-fuckery, he means me.  Behold, Green Jesus:

“One day, climate change skeptics will be seen in the same negative light as racists.”

Well, chalk up a whole bunch more racists then.  CERN (the place where all the braniacs built the Large Hadron Collider) released a study claiming that cosmic rays are the largest driver of climate change.  And far from being the work of a lone scientist who had been huffing paint, the study involved 60 countries, 8,000 scientists, and 600 universities.  This is serious science, not some asshole running around yelling “Bullshit, you fucking racist!” every time someone lays a fact out for the world to see.