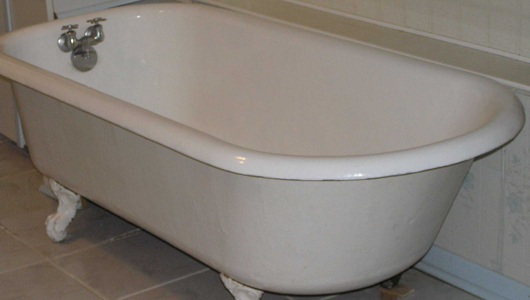 I’ve always been that way. I recently ran across a yearbook of mine from 1981, when I was in junior high, and I can’t tell you how many times the words, “You’re weird, but nice!” appear in front of the loopy girl-cursive signature of a classmate. It’s because my brain is designed to analyze any situation and pick out the strangest, least relevant piece of information and then immediately share this information with the (often horrified) people who happen to be nearby.

So when a friend mentions Angela Lansbury in a Tweet, I have no choice but to share with her a video of Ms. Lansbury playing Rock and Roll Finger Pie with herself, which I re-post here just to make sure I scar the largest number of people possible. (Incidentally, this video is not only NSFW, it is NSFCBSB (Not Safe For Consumption By Sentient Beings).)

I can say with a high degree of certainty that if you liked that video, you have a bowl of ribbon candy sitting on a doily somewhere in your house or a couple of screws loose in your head.

Daughter: Ok. Oh, and this guy, Charlie, he wants to know if we can cut the cat’s head off and use it…

Daughter: Also, do you know where we can get some…

Angela Lansbury: JUST LEAVE ME ALONE! IF YOU NEED TO BOTHER ANYONE, JUST GO NEXT DOOR AND BOTHER SHARON TATE, OK?

As you can imagine, having a mind that works like this can be challenging at times. I’ll be in a meeting at work and someone will mention something offbeat, like the Munsters. Almost immediately, I’ll bark out something unsettling and vaguely Munsters-related. “You know, the kid who played Eddie Munster was once arrested in the San Diego Zoo for fisting an otter.” I don’t know if that’s true, incidentally. It’s just an example, although it kind of seems like it should be true, doesn’t it? Feel free to spread that wildly entertaining rumor. If anyone in a legal capacity asks you where you got your information, just tell them Angela Lansbury told you so.

Since we’re back on the topic of Angela Lansbury, I decided to seek out even stranger Angela Lansbury trivia, and so I enlisted the help of the folks who run AngelaLansbury.net, which is billed as the “Biggest Angela Lansbury Fans Community On-line” (which is kind of like saying I have the most popular website in the entire world that is run from my office, but whatever).

I’m sure you’ve seen it. In fact, I’m pretty sure you can’t achieve full release without it.

My question to you is if you happen to have any other videos like it? For instance, something with Angela Lansbury grinding on a washing machine, or perhaps pleasuring herself with a blender?

Please respond as soon as possible. I am not a nut.

100% true fact: The entire AngelaLansbury.net website was taken offline immediately after I sent this email. We’re onto you, Angela Lansbury fans, and we will not rest until you provide us any and all videos you have of Angela Lansbury fully engorged or, barring that, a video of Morey Amsterdam fucking a pumpkin.

Ok, where was I? Oh who fucking cares. Let’s have some more fun with Angela Lansbury:

Hubba-hubba! Do you know if there is any truth to the rumor that she can crack open coconuts with her thighs? Also, what do you know about Morey Amsterdam and pumpkin-fucking? Because those pigfuckers over at angelalansbury.net have been talking shit about him for a while now, and if it is just a fabrication, I think it is JUST PLAIN WRONG!

All right, I guess we’ll see what kind of horrible reactions those emails elicit. While I’m waiting, I’ll cook up some fucking weirdness to ask Huey Lewis, that horse-faced douche-canoe.