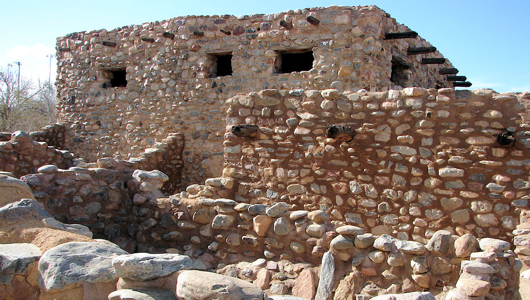 I took my boys to some archaeological ruins this weekend, the theory being that if the place was already ruined, I wouldn’t have to worry about my kids fucking it up. As it turns out, archaeological ruins are incredibly delicate, which makes sense because that’s probably how they got ruined in the first place. We were in the parking lot when I stopped and read a very important sign to the boys. “Hey, guys, look at this sign: ‘No standing’ on the walls of the ruins.” Anyone who has young boys knows that I read these words to two giggling boys who were tightrope-walking the ruins, kicking priceless clods of history onto the dirt below.

Things got no better when we had to stop at Walgreen’s on the way home. “Ok, guys, no touching!” I said as we walked in the door. They touched every fucking thing in that store before we’d left. If you live in the Phoenix metropolitan area and you found dirt and sticky fingerprints all over the tampons you just bought, I sincerely apologize. The boys used a divide and conquer strategy that made it impossible to control them. As we were checking out, I turned to notice my 4 year old, calmly shooting the price scanner laser beam into his eyes, which is a bad thing but let’s be honest: It has an upside as well. “What’s that? You want to run around the store, fouling everything in sight with your grubby little hands? Well you should have thought about that before you blinded yourself, little Stevie Wonder.”

Not that my boys are horrible beasts or anything. They’re just kids, and kids learn by touching things. For instance, my older brother once jammed a metal bar into an electrical circuit box when he was a kid, blowing every fuse and blasting himself 10 feet backwards, all of which helped him to learn that he’s a fucking retard.

My ex-wife once took my daughter (3 at the time) to the vet, and when the vet turned his head for one second, my daughter shrewdly poured live rabies vaccine all over herself. What did she learn from that? She learned that fucking around with chemicals is a great way to get a lot of attention. Call it the Lindsay Lohan lesson. 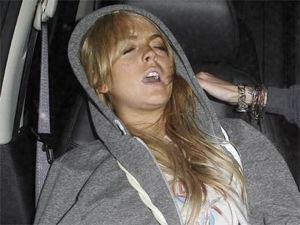 Lots of attention, especially from TMZ.

How kids survive long enough to become adults is beyond me. My 7 year old is incredibly intelligent for his age, but that’s a relative thing. You’ll notice there are no 7 year old Nobel Prize winners. Anyway, my 7 year old once asked me if I would take him to the pet store. “Why do you want to go to the pet store?” I asked, expecting an answer that involved puppies or kitty-cats.

“Because I want to see if they’ll let one of their spiders bite me.”

“What? Why do you want to be bitten by a spider?”

“So I can swing around town like Spider Man, duh!”

He seriously said that, although he was a toddler at the time and toddlers are allowed to display breathtaking idiocy without being institutionalized. If I said the same thing, medical professionals with butterfly nets would be firing Thorazine down my throat with a fucking fire hose.

You don’t see this kind of thing in the animal kingdom. Take horses, for example. You see a horse being born, and that fucker is up and walking within minutes. There’s no fucking around. Horses get their asses up off the ground and get on with living, which in this case means getting whipped in the kidneys by a silk-wearing midget while running around in circles. It’s not a wonderful life, but you don’t see Mr. Ed trying to shorten it by dumping live rabies vaccine all over himself or anything.

One of my favorite stories involving child idiocy is one my kids find absolutely hilarious and they ask me to retell it every time we go shopping. When I was 16, I worked in a grocery store. One day, as I was sweeping up, I noticed a young boy, probably 4 years old, dressed in an immaculate all-white suit. I don’t know if the kid was auditioning for Fantasy Island or what, but he was dressed in white from head to toe. 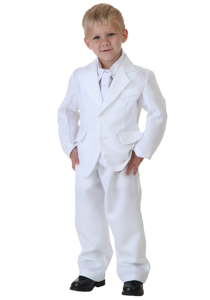 As I was sweeping at the end of the aisle, I watched him as he ran his fingers across every item on the shelf, including the bottles of taco sauce, one of which he knocked to the ground causing it to shatter on impact. After he did this, he looked around (somehow not seeing me), and took a bunch of steps backwards. Before I could figure out what was going on, he began running towards the puddle and I realized with a start that he was planning on sliding through the taco sauce.

This was not a good idea. His shoes dug in right as he began his slide, and he wound up diving through the taco sauce face-first. In his immaculate white suit. He quickly stood up, looked at himself, and you could almost see the tiny gears in his head turning. “No way can I hide this from mommy!” Seriously, he did a better job cleaning that mess up than I would have with a mop.

My kids howl with laughter when I describe how the little boy’s mother reacted, although they have no room to fucking talk. I could tell them that story every day between now and the year 2020 and if they were put in the same situation, every single one of my kids would have failed to learn the basic lesson:

The scary thing is that although you would think that your kids would get better about this kind of thing with age, the terrible truth is that they trade off quantity for quality. They may not be punching holes in the dry wall or scribbling on your flat screen TV with a Sharpie every day, but that just means that they’re saving up their destructiveness for something big, like driving your car through an assisted living facility.

I realize, of course, that some of you may have very young children, and the news that they will soon turn into the Tasmanian Devil in diapers causes you some alarm. Well, I’m here to tell you that you are not alarmed enough. Below are a list of things kids in my neighborhood had accomplished before they turned 10:

(I was involved in that last one, and yes, it really happened.) 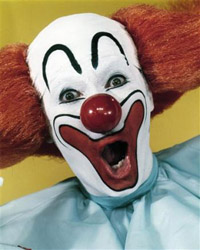 Hell, I had an actual APB out on my description when I was 12 or so, although that was just for throwing snowballs at cars. Ok, throwing snowballs at cop cars. But the cops in our piss-ant town were like Barney Fife minus the intelligence. I’m sure they put out the APB just for kicks. (They probably went home and fapped all over a pile of donuts afterwards.)

The point is, your progeny are going to fuck your world up, big time, and you should, in the name of the greater good, go to your doctor and inquire about a 14th trimester abortion. (Medical personnel love when you do this, by the way. They don’t get enough laughs on their job, so they’ll really appreciate this gag. Make sure to tell them that you are unfit to parent and a danger to yourself as well.)

All of which explains why I took my kids to see some Indian ruins. By definition that shit isn’t in the best shape, so maybe they wouldn’t notice when my kids destroyed something. “Hey, that sacrificial altar had taco sauce on it when we got here.”