How Long Can You Last? 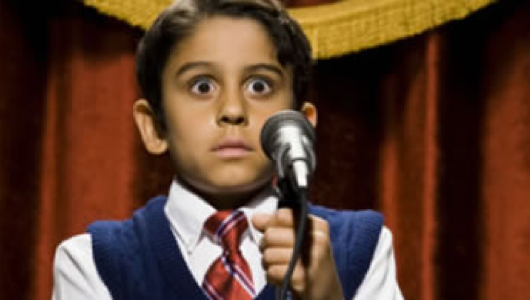 I’ve got a full evening tonight: I’ve got my 5 year old son’s Christmas show to attend, which is always funny because it’s through the day care that he goes to. For every intelligent, precocious, and well spoken child up on stage, there are at least three who are in the act of shitting themselves when the curtain goes up, and you can pick them out by the horror in their eyes. Good stuff.

I’m also battling a nasty head cold, and as a result of a wager I lost with inter-dimensional beings who revealed themselves to me after I’d gone a bit overboard with the cold meds, I have to huff three cans of oven cleaner. Like I said, full evening. So instead of an actual post, we’re going to play a little game I like to call…

How Long Can You Last?

The rules are the game are simple: Watch as much as you can of each of the two following videos. Record in the comments which video caused you the most mental anguish (i.e. which one you stopped first). The winner of this showdown will move on to our second round, scheduled to happen whenever the oven cleaner wears off.

Video #1: My Video for Briona – In which a future serial killer professes his love for his girlfriend sans shirt.

Video #2: Boom Boom Boom, Now Let Me Hear You Say Weeho! – In which… Dear God, that’s fucking awful. (Incidentally, this is why white people shouldn’t be allowed in the music industry.)