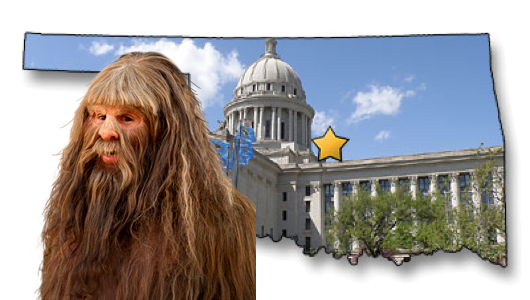 I once spent a night in Oklahoma. A friend and I were moving from Chicago to Tucson, and on the drive down we chose to spend the night in a small motel outside of Tulsa. The “town” was called Wagon Wheel, and it consisted of the motel, a gas station, and a house where the owner of the motel and the owner of the gas station lived together. Wagon Wheel is no longer on the map, probably because the two inhabitants divorced and Wagon Wheel was divided into two new towns, “Fuck You, Earl”, and “You’re a Money Grubbing Whore, Janice!”

Once in the motel I immediately set about looking for the Gideon Bible. I do this in every hotel or motel that I stay in, although I don’t really know why. It’s like a hotel version of Where’s Waldo? Where’s Gideon? Most of the time Gideon is in the nightstand drawer, although quite often it can be found in the desk drawer alongside a pad of paper and a pen. This, I assume, is so that should the need to write Jesus a letter arise, you’ve got everything you need, right there.

Once I got really excited when, after opening all the drawers, I failed to find the Gideon Bible. I thought about calling the front desk and demanding that they bring one up before some heathen broke into my room to conduct a Black Mass or something, but before I got the chance, I found the Bible in the bathroom. If you wanted to consult the Bible in an effort to understand why He saw fit to give you that cut under your nose while shaving, this motel had you covered.

But I had always found the Bible in every room I’d ever been to, until that day in 1992 when, after opening up every drawer, I realized that the only publication in the room was entitled Rodeo Roper Magazine. If you checked into this motel in need of some spiritual sustenance, well, you were just fucked flatter than hammered shit, pal. If, on the other hand, you wanted to know the best way to avoid a crossfire penalty if you were the heeler in team roping, then you were in fucking luck, pardner!

(For the terminally curious: A crossfire penalty is something that no one in the known universe with an IQ over 3 cares about. Only people who receive Skoal for Christmas care about this shit.) 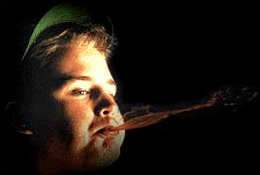 What’s this about crossfire penalties now?

I had a hard time sleeping that night, and not only because I could hear Earl and Janice having a Force Ten argument out back (probably about crossfire penalties, but I can’t be certain). By the time 5:00 AM rolled around, I was waking my friend up, trying to convince him to leave as soon as possible. I tried everything: “Let’s get an early start!”, “We can make it through Oklahoma City before rush hour starts!”, “If we leave before Earl jams Janice into a wheat thresher, we won’t have to stick around to testify!”

Truth be told, I had been thrown by Rodeo Roper magazine, and I was thoroughly freaked out by this motel, Wagon Wheel, and indeed, all of Oklahoma. Not that I have a problem with Oklahoma, mind you. It’s just that a society that believes that a traveler’s most pressing need involves “roughstock” and “hazers”, is so alien to me that I’m pretty sure that within 48 hours I was going to brought up on charges of book-learnin’ and sacrificed to whatever dirt-God these savages worshipped.

Anyway, I brought up Oklahoma today because Eagle-Eyed Reader, and all-around Groovy Guy Squatch sent me an article today with the wonderful headline, Bigfoot Hunt Ends In Shooting, Arrests. Before I get into that, though, I’d like to point out what I fan I am of that type of comma delimited headline. You can construct any number of fun headlines using that format: 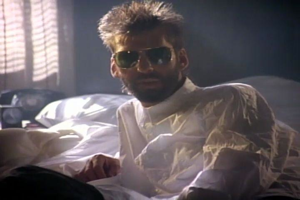 Kenny Loggins in bed. Not pictured: Anyone else.

Back to our Oklahoman friends… I’m going to reprint the first paragraph here in its entirety:

An apparent hunt for Bigfoot in the woods of Oklahoma went wrong after a man reportedly heard a “barking noise,” turned around and shot his friend in the back, police say.

First of all, how fucking stoned do you have to be before you find yourself uttering the phrase, “Get the guns, it’s time to bag Bigfoot!” I have to imagine that this decision was at least partially driven by drug use. After all, idiocy like that cannot be solely explained by a tragically inept educational system. Well, maybe if the schools contained a lot of lead paint.

Also, barking? What the fuck? You have got to be crazy on goddamn mescaline to think Bigfoot barks. He growls. He doesn’t warble, he doesn’t chirp, and he sure as shit doesn’t bark. Now, I don’t know what gun laws are like in Oklahoma, but I’d like to propose a minor amendment to prevent future Bigfoot-related tragedies. On every firearm application they should include the question, “You hear a barking noise. What do you do?” And the extra-chromosomed shit-for-brains that answer, “Let fly with both barrels! It’s Bigfoot!” don’t get a gun. (The NRA, of course, would object to this as a violation of our God given rights to sell deadly weapons to the certifiably insane.)

Digression: Once, when buying a shotgun in Tucson, I came across a question on the application. “Have you ever been admitted to a psychiatric facility?” I answered by filling in the word “carrots”, which I thought was hilarious. The salesman didn’t share this opinion and made me leave the store, come back in, ask a different salesman for an application and fill it out again before they would sell me a shotgun, a procedure that assured that I would never, ever do something moronic with that gun. Haha, just kidding. I’m sure I did lots of stupid shit with that gun, although to be fair I shot at Bigfoot only occasionally. 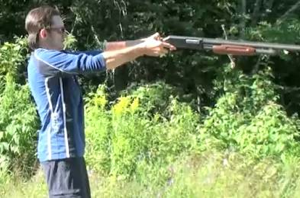 I also enjoy the inclusion of the words “went wrong”, as in “An apparent hunt for Bigfoot in the woods of Oklahoma went wrong“. This, I suppose, is so that you can distinguish this story from the similar story on that page, “A hunt for Bigfoot went exactly according to plan, resulting in Janice shooting Earl in the balls.” Poor Earl, he always falls for the Bigfoot Hunt.

So between the heathen rodeo magazines and Bigfoot-related shootings, I try to stay out of Oklahoma. When a state’s “Fun Facts!” includes the fact that “You are allowed to leave”, count me out. It would take a hell of a compelling ad campaign by the “Fuck You, Earl!” Department of Tourism to get me to go back.