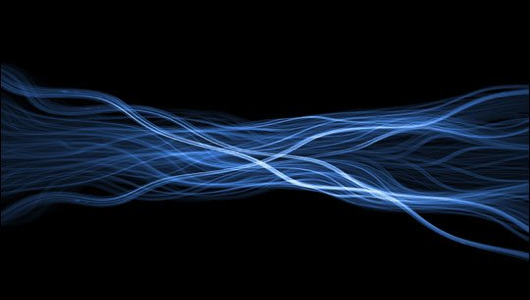 Ok, we’re gonna cut to the chase today because the Weekly Hypothetical is a little more challenging this week. A friend of mine, who wishes to remain nameless (although his name is Rich Taylor, and he lives at 2649 Crescent Way, Gilbert, AZ), challenged me to explain String Theory so that it’s entertaining and comprehensible. (Actually, his challenge was worded more like, “You asshole! You’d better replace all of that booze!” but I know what he really meant.) So without further ado…

A long, long time ago, people were complete idiots. I mean, stone cold dumbasses. They used to believe shit like solar eclipses were caused by dragons eating the sun, if you can imagine that. Jesus, all they had to do was turn on the Weather Channel to see what was going on. Morons. This kind of idiotic behavior persisted for a long, long time, with people being burned at the stake for witchcraft, kids being sacrificed to volcano gods, and all kinds of other stupid bullshit happening on a regular basis.

Then the Scientific Method was invented. This is the invention that made all other inventions possible. It’s basically a formalized way of figuring difficult shit out. So instead of asking the town Wizard why your entire family died, you can embark upon a line of logical reasoning, follow it up with experiments, and finally discover that it’s a really bad fucking idea to store dead bodies in your drinking water.

Once the Scientific Method was created, shit came to a head quickly. People figured out all kinds of useful crap, like how you should probably scrape the shit off of your hands before performing brain surgery. One of the people figuring out smart stuff like that was Isaac Newton. He didn’t like the existing explanation for why the planets moved the way they did (which was, “Super fucking big giants”) and invented physics. And because a mathematical framework to invent physics didn’t exist yet, he invented calculus to boot. This is why struggling high school students refer to Isaac Newton as the “King of Douchebags”. 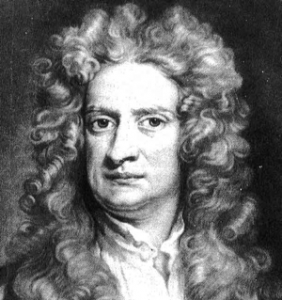 Isaac Newton’s work is referred to as “classical physics” because it is as boring as classical music and everyone in the olden days loved it. But not a young punk working in a Swiss patent office. This clerk, a young Albert Einstein, said, “Whoah, whoa, whoa, that asshole Newton is fucking full of it!” and went ahead and proved it with his Excellent Theory of Awesomeness (later renamed Theory of Relativity). Although the consequences of relativity are profound, the idea is simple: Wait, no, that’s bullshit. Relativity is counter-intuitive and insane, but undoubtedly correct, which makes it really fucking nuts.

The only problem is that a bunch of wiseasses got together and came up with what is called the Standard Model. The Standard Model describes the world of the very small: Atoms, electrons, neutrons, quarks, etc. It is also undeniably correct, and correctly predicts the existence of a boatload of fundamental particles you’ve never heard of before with names like the strange quark. Yeah, strange quark. Nice name. This is what happens when you leave scientists in a room full of chemicals for too long. Fucking tweakers.

So we’ve got these two awesome theories, the world is wonderful, and we can now use all of this hard-earned knowledge to invent things that make our lives better, like the NFL, bottled beer, and double-ended dildos, right? Shows how much you know. There is a HUGE FUCKING CRISIS going on because even though relativity and the Standard Model are proven to be correct to an astonishing degree, they disagree with each other. The Standard Model doesn’t take gravity into account, and relativity doesn’t take quantum physics (another term for the Standard Model) into account. And when you try to combine them, you get all kinds of the screwy errors that make physicists and mathematicians wet themselves. 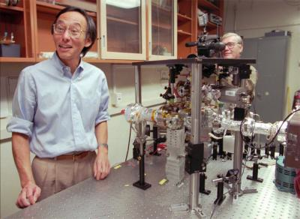 As you can see, my invention correctly demonstrates just how serious the conflict between relativity and the Standard Model is. It also demonstrates how badly I would like to have sex with a human female.

Now usually, when you get strange, contradictory results there has been a mistake in a fundamental assumption you’ve made. Like when your wife tells you that she still loves you but she wants a divorce, the erroneous assumption would be that she would tolerate you consorting with high school cheerleaders, you perv. So some guys with more degrees than dates under their belts went through some of the fundamental assumptions and asked themselves, “Did we fuck this up?”

Remember when you were in chemistry class and you weren’t staring out the window or mentally disrobing your classmates? The teacher had drawings on the board, drawings of atoms. And these atoms consisted of little, tiny balls called protons, neutrons, and electrons. The prevailing wisdom had always been that these particles were “point particles”, or tiny little balls of matter so small that they didn’t really have any size at all. “But what if that’s not correct?” asked the nerds, unencumbered by having sex.

“What if instead of little balls, these particles were super tiny lengths of matter that looked like a string? Hey! And what if there was only one fundamental particle, the string, and the way it vibrated accounted for the different particles? So a string vibrating this way might be an electron, but vibrating another way it might be a charm quark!” (Yeah, I know, charm quark. Fucking tweakers.)

So the scientists rolled up their sleeves, lubed up their slide rules, and got to work. And in the process, they realized that if this new theory (called the We Desperately Need Dates Theory, or later, String Theory) was correct, there had to be 10 dimensions (11 if you count time as a dimension) for it to work. There just weren’t enough ways for the string to vibrate with less dimensions. Now at this point most people would put down the bong and listen to some Pink Floyd or something because, 11 dimensions? That’s some fucked up, crazy shit right there. 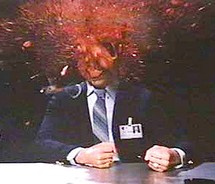 But during a series of excruciating mathematical steps I won’t bother boring you with here, they discovered something shocking: String theory predicted Maxwell’s Theory of Electromagnetism, Einstein’s Theory of Relativity, and the Standard Model. Stated differently, by changing one assumption (that particles were little tiny balls), String Theory reverse engineered the three most successfully tested theories of all time. Multiple physicist orgasms were had at this point. (And if you’re trying to picture a physicist orgasm, it’s just like the orgasms you have only it involves beakers, HP graphing calculators, and sadness.)

So here are some questions you may have at this point: If there are 11 dimensions, how come we can’t see them? The other dimensions are curled up so small that they’re not visible to us. Think about a drinking straw seen from 100 yards away. To you, it looks like a one dimensional line. It’s only up close that you notice that it has any depth. From far away it was so curled up, you didn’t notice it.

Fucking cool! Can we use these dimensions to get to and from the bar without having to drive drunk? Cause that’d be really helpful. Sorry, it’s still going to take a cab ride for the foreseeable future. The extra dimensions could conceivably be probed (hehe), but the amount of energy it would take to do so is not feasible now, and may not be feasible except during a Big Bang scenario, and those things get kind of fucking messy. 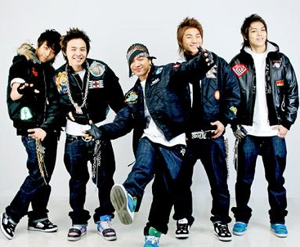 Huh. Before I Google image-searched "Big Bang" I had a TOTALLY different mental picture. Huh.

But this is true, right? This theory has been proven? Nope. One of the objections to String Theory is that it is, as of now, untestable. And if something is untestable, critics say, it’s not science. These critics can choke on a dick. At one point in time determining what the Sun was made of was not testable. That didn’t mean we shouldn’t continue to try. We did, and we now all know that the Sun is made of happiness, Febreze, and leprechaun tears [citation needed].

Many people (myself included) feel that it is no coincidence that String Theory contains Relativity, Electromagnetism, and the Standard Model. For that to be coincidence would be like winning the lottery 4,700 times in a row. At some point you have to stop and think, “Wait a minute, something important is going on.”

So what does this mean for us? In our lifetime, it probably won’t make a difference simply because we’re not technologically advanced enough to test String Theory, let alone take advantage of it. Think about it this way, although we’d known about relativity for quite a while, we didn’t have GPS satellites (which rely on relativity) until just recently.

So why should we care? What kind of fucking attitude is that? Where are you going to get in life if you don’t try to learn things just for the sheer enjoyment of learning? Ok, so there’s not really a reason for us to care. It’s just kind of cool.