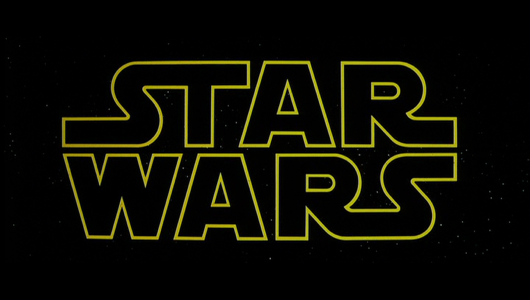 Work is still a stress factory combined with mind-numbing meetings, so I’m going the video route again. No post today, I’m too wiped to think straight. Feel free to ask for your money back. I will honor all requests, and by “honor” I mean “send you a large box filled with dog feces”, so maybe you shouldn’t ask for anything at all. I mean, unless you’re into dog feces. You fucking weirdo.

Ok, on to the topic of this video… I’m not into Star Wars humor, mainly because I’m not into Star Wars. I find it to be a profoundly retarded series of movies with horrible dialogue, huge plot holes, and a devoted legion of hardcore fans that need to be spayed and neutered so that they cannot reproduce. (Note: this applies to Twilight fans as well.) Luckily, Star Wars fans in general are prevented from passing on their genes simply by virtue of being entirely unfuckable. Yeah, that’s right: Unfuckable. It’s the truth, and showing up at the airport Hilton wearing shag carpeting and growling like Chewbacca isn’t exactly going to help matters any, pal.

Luke and Obi-Wan are in a Chinese restaurant and Luke is having trouble. Finally, Obi-Wan says, “Use the forks, Luke!”

I’ll give you ten or fifteen minutes to compose yourselves.

Better? Ok. Look, I get that this is supposed to be a harmless, G-Rated joke that maybe a three year old might find funny, but let me tell you this: If Jane Goodall ever caught one of her chimps telling this joke, she’d have them all fucking gassed. And she’d be right to do so, too. 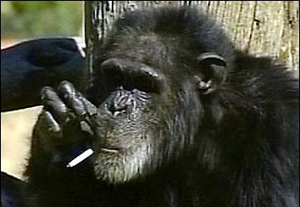 Where was I? Oh yeah, Star Wars. Way back when, I used to be single and live in an apartment. And one of my neighbors was this profound dork who was utterly insufferable. He used to ramble on for days about how he wanted to direct a movie version of Lord of the Rings, and how he had plans to make this come about despite the very real handicaps of not having any film experience and never having read any of the books. And he would not shut up about it, sometimes knocking on my door at 11:30 at night to tell me about a great idea he had to film this scene that involved a dragon in an ice cave. Since I had read the books, he wanted to know if I could tell him if Lord of the Rings involved dragons, and if so, did any of them happen to live in an ice cave?

But what he was really into was Star Wars. I mean, I listened to his Lord of the Rings bullshit only because it wasn’t him droning on about Star Wars again. He’d tell you in great detail how the re-released version of the first Star Wars movie had a scene where everyone walked down a hall, but George Lucas went back and digitally changed the scene so that the hall (get ready for this) HAD A FUCKING WINDOW! OMFG! 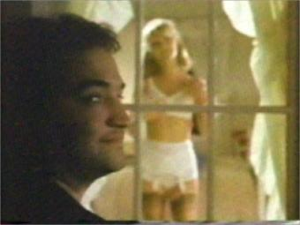 Every time you’d see him, you’d get at least twenty minutes of this. And I was stuck listening to him because I’m a pretty polite guy (really) and when he finally exhausted my supply of tolerance and good will, he would not take a fucking hint anyway:

Dork: Hey! How’s it going? Listen, I was just thinking about you! I was playing Star Wars Monopoly by myself, right?

Dork: And it dawned on me that (insert ten minutes of inscrutable bullshit here about Wookies and droids and fuck if I know what else because I don’t fucking care)… and I mean, how crazy is that? Everyone knows that a garbage compactor in the Death Star works much more efficiently than the way it did in the movie. I mean, what was Lucas thinking, right?

Me: Is it me, or does time grind to a halt when you open your mouth?

Dork: That’s ok! I have lots of time on my hands! I’ll go with you and sit in the waiting room with you because I have got to tell you about this letter I’m going to send to George that is going to totally blow his mind and probably make him offer me a job writing the next movie.

Me: Do you have any poison on you? 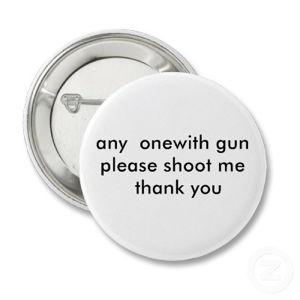 Wearing this didn't help either.

Seriously, he used the Force to deflect all criticism, sarcasm, and common sense away from him. Far, far away. So I couldn’t get rid of him if I tried, and also I felt really, really bad for his wife. Yes, somehow, this guy got married. And his wife so clearly relished any five minute stretch of time that she wasn’t pulled into a conversation about Obi-Wan’s use of the Force to get and maintain erections, or whatever, that I’d take the brunt of it while she stood in the background, almost literally weeping for joy. I am totally getting into heaven for that. I could decapitate baby ducklings with my teeth every five minutes for the rest of my life, and I’d still get into heaven.

St. Peter: Wow. I’ve, uhhh, never seen a record like this before.

St. Peter: Uhhh… yes. Anyway, for starters, I’m very concerned about the sheer volume of sins committed in regards to taking the Lord’s name in vain.

St. Peter: And those 54 volumes are just the beginning of your file! We have trucks bringing the rest of it here as we speak!

Greg: Look, just pull up your entry for “Star Wars”.

Greg: No problem, Petey. Hey, got any baby ducks up here? 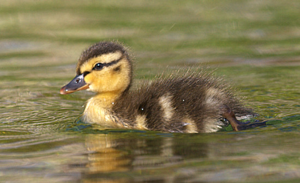 One time his wife approached me as I was leaving the apartment and asked me if I’d consider going to see a showing of one of the re-released Star Wars movies with them because it was Star Wars Dork’s birthday. “He knows that he and I are going, but he’d really appreciate it if you went too, you know, as a surprise. It would mean the world to him. And money is really tight, so going to this movie is basically his present, and besides… He doesn’t really have any friends…” How in the hell are you going to say no to that?

So I showed up and got in a very long, very weird, very virgin line of people dressed as if a Halloween shop exploded. And as I sat there, wondering where they were, his wife came by and said, “Oh, thank God you’re here. We’re at the front of the line. We’ve been here since early this morning. Can you walk up and say, ‘Surprise!’ or something?” So I had to walk up and surprise him. And although I should have expected it, he surprised me by being dressed in the largest Darth Vader costume I’ve ever seen. You could’ve kept a couple of R2D2’s in there with room for Chewbacca to play racquetball left over. “Hey! Greg! Oh my God, this is AWESOME! Best birthday ever!“ 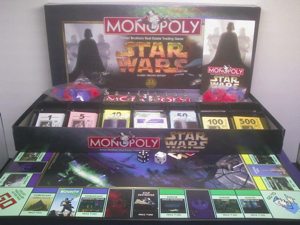 He was happy, and loudly told me that I should get into line right next to him, which set off some loud protests from the dorks behind him in line.

Dorks: Hey! No saving spots! We’ve been in line for twelve hours! (etc.)

After the movie was over (did you know Star Wars is seventeen hours long?), we walked outside to the parking lot. “Greg, this is the beginning of a great friendship, I can feel it!” he said, happier than I’ve ever seen a person. His wife looked at me with a “Thank you so much! I’ll try to keep him from moving in with you” look on her face. This wasn’t going to be fun.

On to the video. (And hey, look at that! My non-post turned into a post because I can’t shut off my brain! Woo-hoo! I think!) The video is taken from a short clip from (I’m pretty sure) the first movie, where a rather large rebel fighter is attacking the Death Star (right?) Someone took some liberties with the clip, and I applaud them for the visual comedy. Well done. (And yes, the character’s name really is Porkins.)

*I didn’t move just because of Star Wars Dork. It was a planned move, and I just neglected to leave any contact information behind beyond saying that I was moving down the street. The fact that it was 150 miles down the street never came up.