The Lost Foreword to The Missing Link 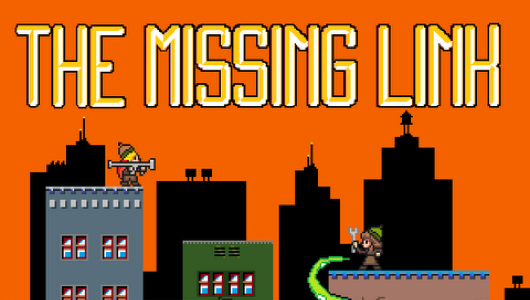 If you’ve never read the excellent blog, A Beer For The Shower, the name alone is enough to tell you why I like it: Simply put, drinking before noon kicks ass. It puts a smile on your face, a wobble in your walk, and gives you the courage to face the day, to say nothing of the angry neighbors who will demand to know why you drop kicked their Yorkie down the block. Oh fuck, I just read the tag line to the blog, which reads, “After a long hard day, sometimes it’s just nice to step into the shower, sip a beer, and let the water wash away the shame and regret.” So that doesn’t make it sound like it’s about secret morning drinking at all. I am fucking disillusioned.

And now, Brandon and Bryan have released their new eBook, The Missing Link. You’ll want to get ahead of the curve and go buy that now because it deserves to be read, it only costs $1.99, and if you don’t buy it I’ll personally come over to your house and neuter you with a lobster fork. Also, I must admit that I have a personal interest in the book as I was originally asked to pen the foreword. At least that’s what the inter-dimensional beings that are only visible to me said, but Brandon and Bryan were all like, “Who the fuck are you, why are you at my front door, and where the fuck are your pants, dude?” So here I sit with the original foreword to what is sure to be a blockbuster best-seller. I could have cashed that fucker in and turned it into a book deal for myself. Instead, I’ll probably have to settle for nailing a Kardashian, which is going to really upset my wife.

Anyway, in the interest of completing the public record, here is the original foreword to The Missing Link: 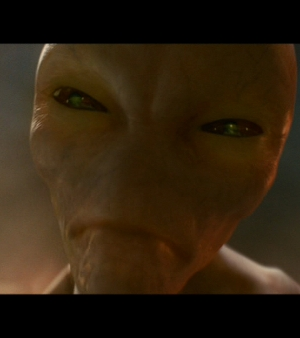 Fucking inter-dimensional beings. Totally fucking unreliable. Next thing you know, I'll find out I'm NOT the Galactic Secretary of the Treasury.

There are moments in human history when a fundamental change takes place, when society reaches a tipping point and is sent down a new path, for good or for ill. They call these events “watershed moments” although they rarely involve water and never involve sheds. This is because the people in charge of defining terms in the English language are fucking retards. Regardless of the accuracy of the term, however, the release of Brandon and Bryan’s new book, The Missing Link, is one of those moments, a moment in time which will be viewed from the vantage point of the future as the very moment when Western civilization began its inevitable decline and plunged headlong into widespread poverty, starvation, sexual servitude, and even cannibalism.

And so Brandon and Bryan, after having been jerked around by agents with the sexual appeal and scruples of an oversized Danish butt-plug, decided to publish themselves. This marked a shift in the way books are produced: You used to achieve fame AFTER publishing a book. Now you achieve fame first, then use that fame to publish a book. That fame, as you are undoubtedly aware, was achieved by writing the excellent blog A Beer For The Shower which uses a blend of wit, juvenile humor, retarded goat jokes (stolen from me, I might add), and crap-o-rific graphics generated with the help of MS Paint and (I’m guessing here) extra-strength prescription cough syrup. You could describe them as the Picassos of MS Paint, which would be like calling me the Mozart of kazoo-playing: Impressive, but not really. But that’s missing the point: The retrograde graphics emphasize the humor and (stolen goats aside) underscore the fact that you’re dealing with two funny and inventive individuals. When they’re not blasted out of their fucking skulls on cough syrup. (You think I’m making that up, and you may be right. But I seem to remember a post about potentially getting it on with a fucking hawk. So either they’re riding the Robitussin Express, or I am.)

As you turn the pages of this book, I am confident that you will find humor and originality oozing off of every page. I think it’s safe to say that this book makes the collective works of Norman Mailer look like a festering sack of weasel excrement. (And there you go, guys, the cover blurb you’ve been looking for.) I haven’t read it yet, of course. It just came out two days ago. But having been a fan of their blog for almost its entire run, I know, deep down in my heart, that this book will change your life in fundamental ways, teach you how to love again, clear up your complexion, and get you that big promotion you’ve been angling for. I also know, deep down in my heart, that I really want the $2 million Brandon and Bryan offered me to write this foreword. It’s kinda complicated, and I have to give a lot of it back to them, so I’m not sure exactly how it works. I just know that I’m not supposed to say ANYTHING to the IRS about it.

So buckle up, hold on, turn that page and take the ride. By the time you’re done, you’ll have made a publishing house very sad, validated the use of MS Paint as an art form, and turned me a tidy profit. The fact that you’ll be treated to a funny, original, and engrossing tale (honest!) is just icing on the cake. 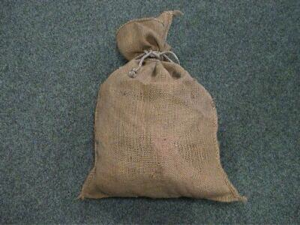