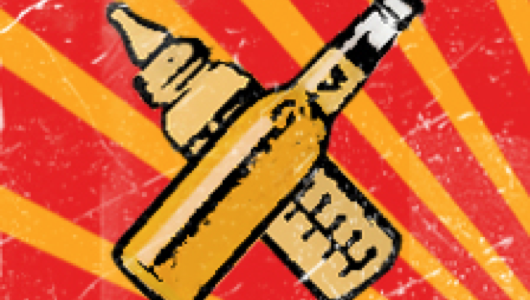 What are doing here? It’s Friday! Shouldn’t you be out drinking shots of tequila from a stripper’s belly-button or something? Don’t tell me you’re… You’re at the office, aren’t you? I knew it! Why in the name of all that is holy are you at fucking work? Because of the money? The respect? The admiration? Well let me tell you something: The money’s not that great, the respect is of the begrudging variety, and you aren’t admired by coworkers for showing up, you’re admired for blowing off work and partying your ass off like you’re 23 again! Sigh.

Look, the truth of the matter is that I have nothing for you. Nothing. Zilch. Nada. So if you want entertainment, you’re going to have to turn elsewhere. Let’s see… Where should you go? Hmmm… Oh, hey! In an incredible coincidence, I’m guest posting over on DadCentric today! Huh. What are the odds of that happening?

Ok, that was no accident. What happened was Kevin from Always Home and Uncool (which I expect isn’t literally true) asked if I would be interested in submitting something to DadCentric because  DadCentric has switched to an all profanity format or something. I wasn’t really paying attention. And because I was expected to blow the roof off of the joint with a stream of expletives so foul that it would make dockworkers burst into tears, I played it the other way and wrote something nice about my kids and their gift giving habits. The plan is to sucker them into a false sense of security and then BLAMMO! hit them up for money, booze, and lodging when they get older. Don’t laugh. That’s my retirement plan. It’s either that or win the lottery.

So head on over to DadCentric, poke around, leave comments, do some Facebook or Twitter things with them, and if you’re female, email them pictures of you without clothes on. And then head on over to Always Home and Uncool and give Kevin some love as well. Not like that. Well, I don’t know. Maybe like that. I’m not here to judge. You kids work something out between yourselves. (For the benefit of those of you who happen to be Kevin’s wife, I should mention that I’m joking. And I was joking about the zoo chimp thing too. I’m not sure if he’s on crack, though.) 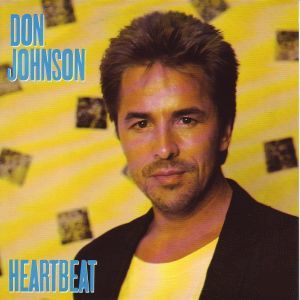 When you Google search images for “high on crack”, this is one of the results. From this, we may conclude that Don Johnson is high on crack. The More You Know!

Super-Important Bonus Note: Kevin’s daughter has a condition known as juvenile myositis (JM) which you’ve probably never heard of and will need a couple of cracks at before you pronounce it correctly if you’re anything like me. JM is an autoimmune disease in which the immune system begins attacking itself. It currently has no cure, and it would be really awesome if you were to donate to the cause of finding one by either running your ass off or taking the cowardly way out (like I did) and pony up some dough instead. If you do lend a hand, I will personally guarantee that you will get into the afterlife of your choosing. Oh, but not, like, right now. Whenever you’re good and ready. I’m not going to come over and off you, that’s what I’m trying to say.

Where were we? Bahhh… Fuck it. Let’s make with the links in case you got lost in all of the above like I did.

Some atypically conventional shit I wrote

Where to donate to help find a cure for JM

What are you still doing here? Go! Start clicking!