Starting Off The New Year With A Bang 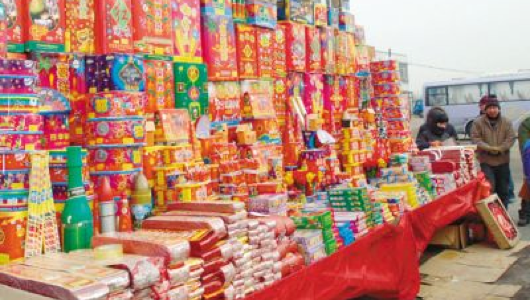 Well, I’m back from my well deserved holiday break. What did I do on this break, you ask? Mind your own fucking business. You’re just like the cops. “Can you explain why you were hiding in the dressing room at Victoria’s Secret with a drill, a camera, a tube of Astroglide, and a pumpkin?” Can’t a guy have any privacy any more? Sheesh.

Suffice it to say that I spent a lot of quality time with my children, did a lot of hiking in the mountains, and forcibly tattooed the American flag on numerous illegal immigrants. At least I thought I did until I woke up yesterday in a pile of empty liquor bottles with my dog standing nearby, looking like fucking Uncle Sam. (Sorry, Mojo!)

I also did my fair share of mindless internet surfing, and I believe that I have learned a few things:

Let’s start with the understatement of this young new year, 2014: “That was a bad idea.”

On the plus side, the explosion seems to have fixed his speech impediment. I hereby call for all people suffering from speech impediments to begin plastering their faces with explosives. I mean, what’s the worst that can happen? Oh:

“Stop recording, I no longer wish to broadcast the depths of my ignorance for the entertainment of others.” That’s probably for the best, pal. I mean, you have to be trained to pull off a stunt like that:

Ok, so maybe training isn’t going to get you over the hump either. In fact, if you’re going to insist on behaving like this, there’s not a whole lot that I can do for you:

Oh, for the love of…

If a passing alien happened across this scene, and you told him that males were an essential component in the conception of offspring, the aliens first question would be, “How in the hell do you have 7 billion people on this planet?” It’s a fair question. After all, it has to be hard to pick up girls with your lips blown off and your junk the color and texture of charcoal.

I don’t know what it is with guys and fireworks. It’s as if gunpowder causes an instantaneous halving of our IQ’s. When I was a kid, we did all kinds of stupid things with fireworks. (To our credit, the phrase, “Pull your sack up!” never came into play.) One time I dropped an entire brick of firecrackers down the library book deposit slot and ran like hell. It made a glorious noise, and I took great pride in my clever exploits until the son of the librarian informed me that the resulting smoke set off the sprinkler system and ruined every book in the building. That was kind of a buzzkill*.

Another time I watched a friend fill up a glass soda bottle with gasoline, drop a firecracker inside of it, and then placed the bottle in the middle of a small fire he had started about 2 inches away from the side of his house, a move that even as a child I felt was bordering on foolhardy. (His housed was spared that time. He wasn’t quite as lucky when he began experimenting with M-80’s and trees that overhung his house.)

I thought of all of these things and more last Wednesday night, as the New Year was greeted with fireworks in my neighborhood. “Yay! It’s a new year! Quick, let’s blow some shit up!” seemed to be the prevailing attitude. And because I’m a guy, I’m in full agreement with it. Any year that begins with the possibility of seeing someone take a bottle rocket to the balls can’t be half bad.

* As it turned out, I had only set the sprinkler system off in the library basement, which was empty. So let that be a lesson to you, kids: The are no bad consequences for bad behavior involving explosives.