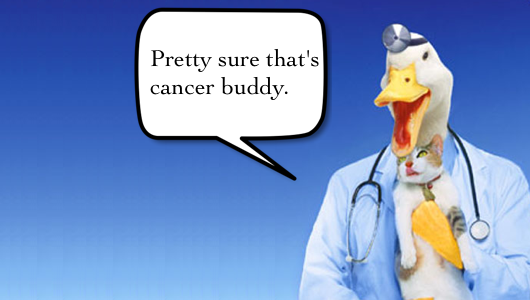 The staff at my doctor’s office has terrible bedside manners. They’re not quite at the point where they poke at open wounds with unwashed hands and laugh, but certainly they could brush up on a few basic healthcare provider tips. If Hippocrates said “First, do no harm,” I’m pretty sure he followed it up with something like, “Sixth, don’t freak your patients out for shits and grins.” And then he fondled a ten year old, because the ancient Greeks were a bunch of serious deves.

I went to the doctor last week to get a mole removed on my neck. I find that as I get older, my body likes to pull occasional pranks on me, probably in revenge for some of the horrible shit I used to do to it during my college years. “So, you thought snorting vodka was funny, huh? Ok, try some sudden shoulder hair growth on for size, asshole.” Seriously, I’m not the type of hairy dude that always looks like he’s wearing mohair, but all of a sudden I have one single solitary hair that grows out of my shoulder. It’s weird. One day my shoulder will be normal and hair free, the next day I’ve got a single hair sticking out of it, so long that a 1840’s-style guy is hammering out morse code on it in Kansas City.

Another petty revenge my body enjoys is the mole on my neck. What started out as a small brown dot, eventually grew to the point where my kids took notice. “Daddy, what’s that?” asked my four year old son.

And then he twisted and pulled it, the little fucker. (To be fair, it’s not like he was treating me any differently than he’d treat himself. One day he walked into my office, shirtless, and while twisting his nipples asked me, “Daddy, what are these things for?”) 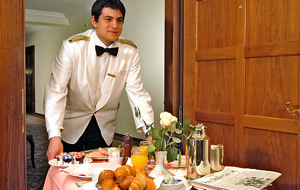 I told him they were for ordering room service.

So the mole needed to be removed. I have a hard and fast rule in my house (if only one), and that’s when kids start treating your moles like playground equipment, they’ve got to go. The moles, not the kids. (Although…) So I went to the doctor’s office, and the nurse asked me what I was there for.

“I want to get this mole removed,” I said.

“Hmmm,” she replied. “That should come off with no problem. Won’t hurt a bit. The shot to numb you up, though. That’s going to hurt like a mother. Ooh, and on the neck like that? Yikes.”

She seriously said this, and then followed it up with, “Your blood pressure is elevated a little bit.” Gee, I wonder why that might be, Cruella.

Finally, after being left to age for a while in the Surgery Center (which differed from a basic examination room in that it had a sign on the door reading “Surgery Center”), the doctor came in.

“It could be cancer, though.”

“But I was told probably not.”

“Yeah, but you never really know.”

“Just out of curiosity, was the medical school you attended founded by Josef Mengele?” 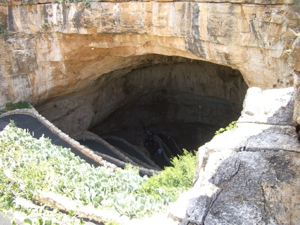 I also meant to ask him if it was normal for a doctor’s office to be located in a cave.

Seriously, I understand that some moles can be cancerous, but we don’t really need to go down that road right now, do we? “Well, Greg, this could be cancer, or a sign of advanced HIV exposure, or it could be a new and deadly breed of explosive neck herpes. And while 99% of the time this will turn out to be just a mole, I think you ought to get your affairs in order, just to be on the safe side.”

So I sat there while he lopped off my neck mole, popped it into a glass vial and said, “We’ll send this off to the lab and see if it’s cancer.” Now, I’m sure he said that in a normal tone of voice, but you have to understand, I’ve had full blown cancer before: Tumors, chemo, surgeries, copious amounts of pants-wetting fear, the whole nine yards. So every time he used that word, I heard it a little bit differently than he meant it to be heard.

And a dramatic orchestral crescendo of doom would well up as the skies suddenly clouded over and bolts of lightning blasted the landscape.

I must’ve had a visible reaction on my face because the nurse actually ignored her cruelty training and told me in a chirpy voice, “We’ll just call you if something abnormal pops up, otherwise we’ll talk to you the next time you drop by, ok?”

So I went on my merry way, a large, gaping hole in my neck, and didn’t really give it another thought until today when the doctor’s office called. Now, you know how they’ve automated test result notification so that the doctor’s office doesn’t have to actually give you bad news, and can instead spend their days fucking around with morphine drips and having tongue depressor fights while sick patients are waiting? Those phone calls are funny in theory because of the whole Movie-Phone aspect:

Diagnosis-Bot 3000: Hello! And welcome to Disease-Phone! The results of your current exam are… In!

Diagnosis-Bot 3000: Your test results for… cancer of the peehole… are… in! To listen to your diagnosis, press one now…

Diagnosis-Bot 3000: These test results are brought to you by Jostens class rings. When you need a ring, goooo Jostens!

You: I am going to murder you, goddamit!

Diagnosis-Bot 3000: Your test results have come back… … … … … Inconclusive! To get a list of lab technicians near you who actually know what the fuck they are doing, press one now… 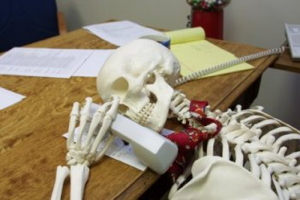 If you have died while waiting for your test results, press one now…

Now I say this is funny in theory because in reality, each of those unnecessary pauses takes ten years off of your life. So you can imagine my joy when I realized that they have actually improved this process. Before, you had to answer the phone, wait, and listen. Here’s the new, streamlined process.

Seriously. I was told that I would only be contacted if the test results were abnormal, and then I had to go through all of that bullshit before being told, in effect, “Hahaha! Just fucking with you, you’re going to be fine.”

Think about how fucked up that is. They’ve managed to make you dread good news.