I am the King of Luxembourg 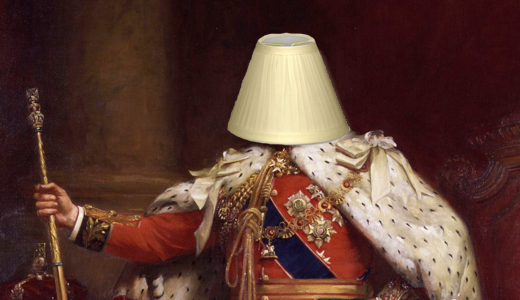 I was sitting at home the other day reading Rolling Stone, because when you have three kids you will engage in any activity that makes you even remotely cool or trendy. Unfortunately, reading a magazine ranks right below flagpole-sitting and barbershop quartets on the cool and trendy scale.  I’m sure my kids see me doing this kind of thing and think to themselves, “What’s next?  A handlebar mustache?”  (Note to self:  Yes!)

Anyway, in this particular magazine was an article on another cool and trendy person, the Dalai Lama, who has just stepped down as leader of the Tibetan government. My first reaction was, “Wait, aren’t the Chinese running the show over there?”  The answer, of course, is yes, the Chinese are very much running the show.  So how the hell does Tibet have its own government?  As it turns out, Tibet’s government is “in exile”, as in “The Tibetan Government in Exile today proclaimed blueberry muffins to be delicious.”

And it struck me that this is a particularly awesome form of government.  Think about it, you can pass any law you want without having to worry that it will be unpopular, or hard to enforce, or cost too much, or any of the other problems that plague governments stupid enough to actually try, you know, actually running a country.  As a politician (in exile), all the pressure is off!  You can kick back, pass any crazy law that you can dream up (e.g. mandatory beet rodeos) and get on to the really important things such as getting embroiled in sex scandals.

But even better, no one can contest your status as a politician in exile.  Hell, you can proclaim yourself Lord Emperor of Peru in Exile, and what’s someone going to do? Contest your make believe title?  That only makes your claim stronger!

So fuck this normal day to day living bullshit, I hereby formally declare myself the King of Luxembourg in Exile. You hear that, Grand Duke Henri?  Yeah, that’s right, there’s a new boss in town (well, not in town, but you know what I mean).  And there’s gonna be a few changes around here.  (Around there.  Damn, this whole in-exile thing is confusing!)

And you can expect many, many more excellent laws such as these to come.  As King in Exile, I’ve got nothing but time on my hands, people.  That and beets.