I Would Make A Fucking Fantastic High School Guidance Counselor 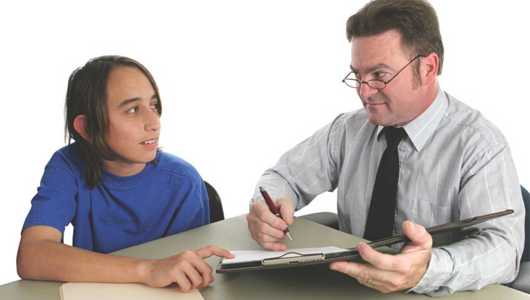 As I’m busy celebrating the holidays with my family, I’ve turned over today’s post to my cousin Charlie who has been going through a rough patch lately. He has assured me, however, that he has turned a corner and is trying to do something positive with his life. And even though it terrifies me as a human being, I am his cousin and I will stand behind him and his decision to dedicate his life… to kids? Oh, good God, this can’t end well. – Greg

I think it’s time to stop fucking around, you know? Oh sure, waking up with a fifth of scotch and rolling through a hazy morning with whatever collection of junkies and strippers happen to be around may sound like fun, but believe me, after you’ve had your head rammed through a TV set by a tranny pimp named Da’Licious… Well, let’s just say it opens your eyes. Actually, it took two days before the swelling in my eyes went down enough for me to open them, but you get what I’m saying.

So that’s it. I am done with the party scene. I’m staying away from shooting galleries, limiting myself to four or five whores a week, and am sticking to clear liquor before noon. Because I need to be at my best when I start my new job as the best motherfucking high school guidance counselor of all fucking time! I can’t fucking wait. I am going to counsel the shit out of those kids!

Like, for instance, I’m going to tell them all that no matter how totally fucking lame school is, they’ve GOT to go to college. So keep those grades up because education is the key to getting into a good school with a good drug scene and chicks that put out. Seriously, you fuck around in school and get bad grades, you’re gonna be stuck in a community college, huffing gas, and getting hand jobs from waitresses in the alley behind Denny’s. I know! I’ve been there! So do what you gotta do, study, cheat, whatever. Just keep the grades above the equator. It’s not hard: Straight D’s will get you into Arizona State. 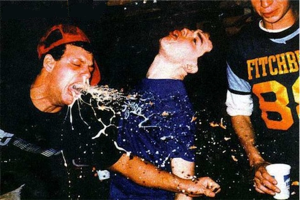 If you study hard and really work on your tolerance, ASU may even let you into their graduate school.

But I’m not just gonna be there for the young dudes. I’m all about the ladies, too. Hey, relax, I know what you’re thinking. I’m not gonna touch ’em. That would be illegal. But let’s say a young lass comes in distraught over a fight she had with her boyfriend, and now all of his friends are giving her shit and making her life suck ass. It would be wrong for me to not tell her the truth: That a guy in his teens will never break up with a girl that knows how to deep throat. NEVER. Like I said, I’m not gonna touch her. But I could let her practice on, say, a banana, right? And if she’s going to practice, I may as well film it so we can critique her performance, right? That’s got to be legal. And hot. But mostly legal.

When I was in high school, I had a guidance counselor named Mr. McCauley. Whenever you’d walk into his office, he’d say, “What’s up, bucko?” I always thought that was kind of cool. You’ve got to relate to the kids. So I think I’ll come up with a catchy greeting. Something like, “Hey, want a beer?” or, “Dude. Bong rips, right now!” I know this guy named Chico, he totally stole a beer pong table from a bar in Vegas when he was coked up out of his mind. It was fucking insane, he just up and walked out of there with it and no one said a goddamned word. I bet he’d let me borrow it and put it in my office if I let him hang out a few days a week. Hell, if I let him sleep there the next time the heat is on, he might let me borrow his plasma TV too.

But I’m fully aware that as a high school guidance counselor, it’s not always going to be about the sex, and booze, and drugs. If Columbine taught us anything, it’s that students need to be better protected. And so I’ll give them guidance in that area too: How to make shivs out of art supplies, or how to blind a guy with an aerosol can and a Zippo lighter. Hey, maybe they’ll let me teach a self-defense class! I’ve got to remember to limit my job search to schools with firing ranges. 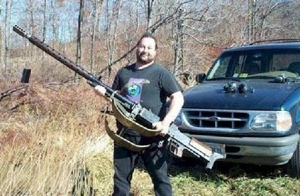 Remember, an armed teen is a safe teen.

If you can’t tell, I’m really fucking excited about this. It’s been a long time since I’ve been this excited about anything. Like maybe when they let me start driving the school bus instead of just washing it and cleaning it out. That was pretty exciting. But it’s time to take the next step. Goodbye, irresponsible me! Goodbye meth cooking parties, muling black tar heroin over the border, and week long crack binges! Goodbye old life, and hello kids!

« Previous post
What Do Priests And Yoga Instructors Have In Common?
Next post »
How To Get Your Oil Changed