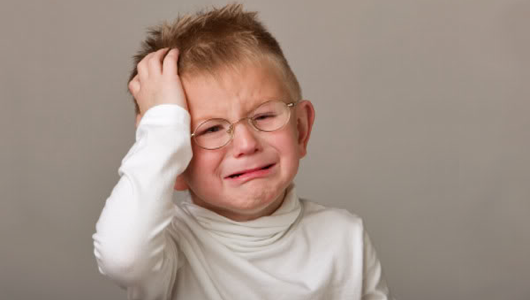 I’ve already discussed my daughter’s liberal shit dispensing policies, so I guess it stands to reason that I discuss my three year old son’s stance on the issue. He’s against it. Really against it. In fact, if he had any say in the matter (and he does, to a large extent) he would never shit again. Welcome to the wonderful world of stool refusal, or in short, your shorty won’t shit.

Without getting too far into the disgusting details, here’s what happens: The child gets constipated, and the result is a painful potty experience. Not wanting to go through that again, the child decides to hold it in. The body absorbs moisture, the result is more constipation, more pain, and an ever deepening resolve to stay the fuck away from the potty. This, then, sets off a battle of wills where the toddler walks around stiff legged and clenching all day long, while the parents surreptitiously spike Junior’s food with stool softeners, mineral oil, and finally buffalo laxatives BECAUSE YOU FUCKING NEED TO SHIT, DUDE! JUST SHIT ALREADY! AAAUUUGGGHHH!

And it was while my wife and I were in the middle of that most foolish of behaviors, reasoning with a three year old, that it struck me: My daughter and my youngest son are exactly like American politics. My daughter is a liberal Democrat. She takes a lot in, in the form of taxes (food), and gives a lot back in the form of social programs (shit). Now you may or may not want these social programs, like food stamps for illegal immigrants, or a health care system that forces you to ask government officials for permission to die, but my daughter doesn’t care and will smear these social programs all over the place because this is what liberal Democrats do. 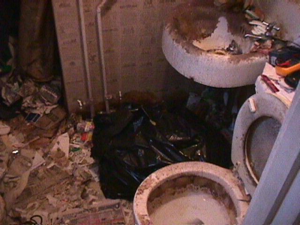 My son, meanwhile, is like a conservative Republican. He still takes in quite a bit in terms of taxes (food), but not nearly as much as my daughter. In return, he willingly gives you nothing, believing that this is the job of the private sector (you want shit, go buy manure in 50 pound bags at Home Depot). Of course, he realizes that he will inevitably have to give something back because of increasing pressure from the electorate (his gastro-intestinal tract), but he rigidly sticks to his principals until he is literally forced to give something back due to falling poll numbers (an enema). 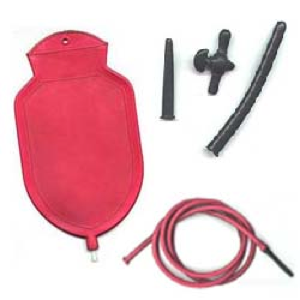 My middle son, meanwhile, is reasonable, takes in freely, and gives back when necessary. He is an independent, and consequently no one pays him any attention because when the Democrat’s room is attracting flies and the Republican is about to fucking explode, you’ve got other things to worry about.

And this, in turn, explains why a thoughtful, intelligent independent candidate will never be elected president: Independents shit too much, but not enough.

Join us tomorrow when we discuss how my kid’s math scores foretell the coming of World War III.

« Previous post
I Don’t Ike This!
Next post »
Weekly Hypothetical – For The Love Of God People, Stop Being So Twisted!