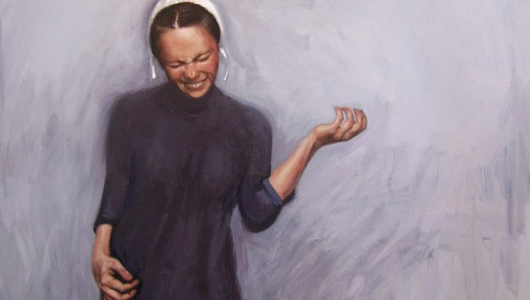 A quick postscript to yesterday’s post, which detailed some of the more outrageous moments I experienced in college. I heard from some of my friends who have heard me retell these stories ad nauseam (which is Latin for “Shut the fuck up, already, Greg!”) They generally wanted to know why I left out my psychotic lesbian roommate who thought cigarette smoke was radioactive and could travel through walls, or why I didn’t talk about the asshole who wouldn’t stop hitting on my girlfriend, whom I later found passed out in the bushes and for whom I managed to arrange an unconscious lingerie photo-shoot, or any one of a hundred other fucked up things that happened while I was supposed to be getting an education.

I quickly responded that most of the things they brought up happened outside the time that I lived in that insane asylum in 1991. But there was one thing I forgot to include that sums up partying in that house perfectly. One night we were throwing a typical large bash: Tons of booze, open drug use, and low IQ’s on display everywhere you looked. A friend of mine named Leslie walked up to me and asked, “What’s with the goobers in the corner?” I looked over and sure enough, there were two guys standing there, apart from everyone else, and if there was a word in the English language to describe them, “goober” was certainly it.

I walked over, said hi to them, and introduced myself. They introduced themselves as Jacob and John and they seemed ill at ease. When I invited them to make themselves at home, one of them said, “We really appreciate you letting us into your home.” This, regarding the flaming riot going on all around them. “This shitpile? Ha! Where are you guys from, Mars?” The answer, it turned out, was much more interesting. “We’re Mennonites. We’re on rumspringa.” 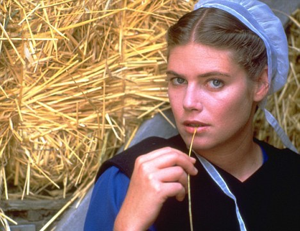 I'll give you something to churn, baby. - Excerpt from my upcoming book, How To Talk Dirty To The Amish

Jacob and John were very polite, and seemed much more at ease explaining what rumpsringa was, and how their experience had been so far. This, I’m guessing, is exactly how I would feel if I was asked to explain a cell phone while in a four-dimensional world full of poly-headed beings made of dark matter who were in the middle of constructing a life size replica of the universe: I’d still be freaked out, but it would be nice to focus on the familiar for a while.

Once I understood the situation, I’m ashamed to say, my willingness to make them feel at home was overwhelmed by the need to give them an experience to remember. “Say, you guys ever listen to Black Sabbath?” And within minutes, we were all back in my room listening to Children of the Grave at full volume. They stayed for a polite amount of time, which for them must have seemed a lifetime, and left only after they’d watched everyone get stoned, answered some truly asinine questions (this one sticks out: “Do you guys get laid in the back of those buggies?”), and weathered the storm when Leslie and her friend Sandy decided to take their tops off, just to see what Jacob and John would do (mega-blushing is what they opted for, and it suited them very well).

After we segued into some stoned off-topic rambling, they muttered something about needing air, and they were gone. After we left my room, I asked someone else at the party if he’d seen the Mennonite dudes around. “Is that the deal with those guys? Man, I saw them leave a while back. They were fucking sprinting for the door.”

This is why I’m not popular with the Mennonites.

And, uhhh... They weren't crazy about the prank hair cuts, either.

On to our weekly hypothetical, which was delayed a day because I was too busy admitting criminal behavior after the statute of limitations had expired. Yes! The justice system works! (bong hit)

Our question comes from Kattk3, who apparently has parents that did more drugs in college than I did. Nice spelling. He/she asks:

If these things disappeared off the face of the planet which would be the biggest deal? Least biggest deal? Computers/the internet, TV, radio, phones, condoms, toilets, toilet paper, cars, planes, trains, air conditioning, heating and clocks.

First of all, I’m going to take condoms off the list. The Vatican considers the million plus deaths each year in Africa due to AIDS a tragedy, but still preferable to letting people wrap their junk. Think about that for a while. What a collection of fucking assholes. Condoms will not disappear off the face of the Earth, if only to piss those dickweeds off. 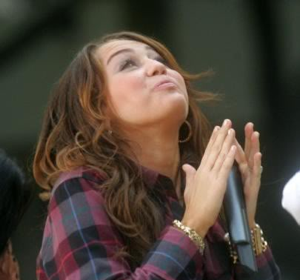 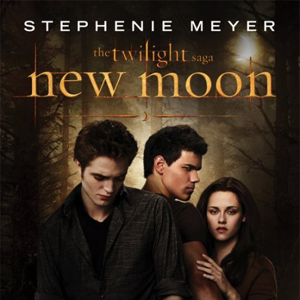 So there you go, Kattk3: Lindsay Lohan’s poon > Automobiles. 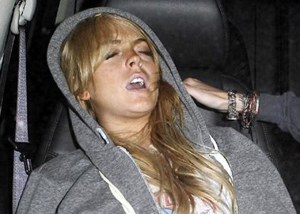 Lindsay Lohan, either dead, passed out, or stuffing a squirrel.