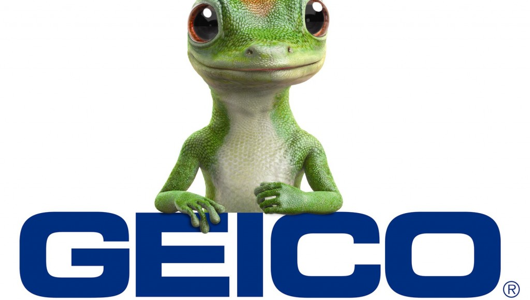 I was stretching my legs at work the other day when a curious buzzing noise caused me to look up. There, up in the sky, was a small propellor-driven plane towing a banner reading “Geico”. Really, Geico? This is the best you have now? I picture a bunch of suit-clad assholes in a board room somewhere, frowning at a chart with nasty looking downward pointing arrows. “We’ve flooded the market with caveman ads, and for some reason that doesn’t seem to be doing the trick! Gentlemen, no one leaves this room until we come up with a fresh idea.” And then sixteen hours later, someone convinces everyone else that they can capture the coveted “outside and looking up” demographic by pulling shit behind a plane.

How fucking bereft of ideas do you have to be in order to resort to plane-based advertising? And why such a backwards technology? Did anyone consider Victrola-based advertising? Or maybe paint the company slogan on the side of a horseless carriage? I’ve got it! Have a guy sit on a flagpole with a giant Geico sign! Twenty-two skidoo, that idea is the bees knees, really swell! How old are the people on Geico’s board of directors for fuck’s sake?

Geico is a multi-billion dollar, multi-national corporation with access to print media, television networks, and has a potential pipeline into billions of homes via the internet, and they’ve shrewdly decided to invest in a bit of cloth and a guy in a plane named Sparky. Shouldn’t that concern shareholders? It concerns me, and I don’t have anything to do with Geico.

Look, planes towing banners have their purpose, but advertising for major corporations isn’t it. Their purpose is 100% devoted to pranks. I mean, I guess you could propose to someone that way. “Amber – Will you marry me? Love, Kevin” But you’re really tempting fate when you do that because how tempting is it for the rest of the plane advertisers (who, really, have nothing but time on their hands) to throw together another banner to display fifteen seconds later: “Don’t do it, Kevin! Amber has the herp!” Pretty fucking tempting is my guess.

And she's really a dude.

But none of this apparently crosses the mind of those crack visionaries over at Geico. They are too busy trying to spray paint “Geico” on the side of a whale to be concerned that any effort they’re spending might be spent better somewhere else.