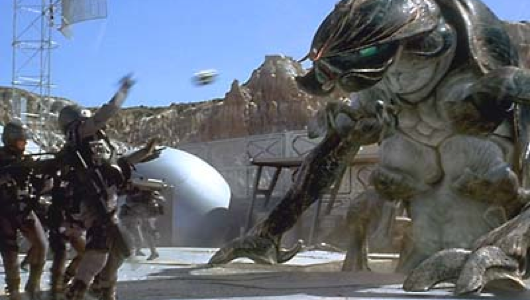 I watched Starship Troopers again the other day. Most people I know who have seen that movie think it’s stupid, and cheesy, and not worth seeing once, let alone multiple times. But if you’ve read Heinlein’s 1959 novel of the same name, it stays shockingly close to the original spirit, which was as much a political essay as it was a novel. Heinlein’s meritocratic democracy stands in stark contrast to our own system of government which, in the novel, ultimately collapses because “people had been led to believe that they could simply vote for whatever they wanted… and get it, without toil, without sweat, without tears.” Also, the movie has a shower scene in it, and you get to see some tits. END_OF_DOCUMENT_TOKEN_TO_BE_REPLACED