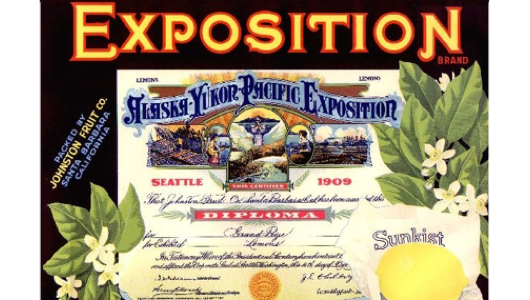 You know what I love? Exposition. Not an exposition, you know, like the World’s Exposition, which is nothing but a pretentious fair. No, the exposition that I love is the explanatory text that is inserted into, say, a sitcom so that your average knuckle-dragging moron can keep up with what’s going on. Some guy will answer the phone, “Well, hello Margaret, my older sister who lives in Seattle! How are you?” and you will know without having to actually think that this asshole has an older sister named Margaret that lives in Seattle. I love that shit.

I love it because I know that some poor bastard in charge of writing whatever shit show he works on has finally given up. I imagine him throwing a can of Diet Coke across the room and saying, “You know what? We’ve got twelve jokes about vaginas in this show, fourteen about penises, and our main character is a dwarf with chlamydia. Subtlety was thrown out the window long ago, so this asshole is going to answer the fucking phone and say, ‘Hey, if it isn’t my nymphomaniac third grade teacher with Tourettes, Mrs. McGillicutty!’, and if you don’t like it you can get someone else to write this shit!”

The worse the exposition the better. Sure, someone answering the phone awkwardly can avoid the need to spend five or ten minutes introducing a new character, but why stop there? You can have a character leave the room, come back and fill you in on all kinds of crazy shit, like 250 year old aliens who can travel through time and control Sasquatch to use him to steal an elixir that cures all illness. And then you don’t have to film any of that shit!

Why the Six Million Dollar Man ever went off the air is beyond me. What have people done for comic relief since 1978?

Anyway, today I decided that it would be fun to use exposition in my day to day interactions at work:

Frank: Hey, Greg, I have a question for you…

Me: Well, well, if it isn’t Frank, a coworker who started a couple of months ago and with whom I am starting to form a tentative bond based on common experience and humor. What’s up?

Lisa: Greg, you didn’t turn in your vacation request form, so I hope you’re not planning on going anywhere because you won’t get paid for time off if you haven’t filled out the proper forms like I’ve reminded everyone a million times.

Me: Oh, hi Lisa, the administrative assistant who acts supermodel bitchy although she’s nowhere near attractive enough to pull that off. I’ll get on that right away!

Me: Is that so, Allen, my boss who lives in a state with a lot of unemployed and extremely litigious lawyers who have nothing better to do than take on huge, whopping wrongful termination suits on a contingency basis?

It turns out that people don’t like it when you talk that way in real life. This is quite a blow, because I was planning a literary device theme week:

But to judge by people’s reaction to my exposition trial-run, it looks like I’m going to have to stick to glue-huffing November as usual. Dammit.