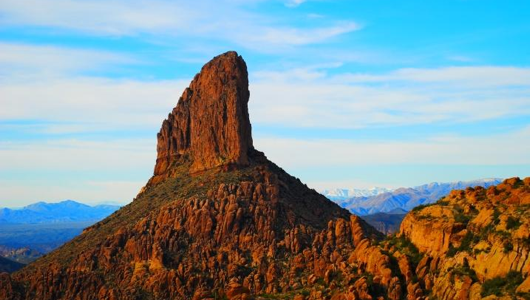 For a guy who likes to talk about the various chemicals and solvents I used to put in my body in prodigious quantities, I’m actually pretty healthy. I hiked over twelve miles in the Superstition Wilderness today, spending about seven hours grinding my knees into pulp. I used to play soccer at a very competitive level, and let me tell you something: When a knee, or anything else, acts up when you’re in your teens or early twenties, the full weight of medical science is brought to bear on the problem: CT-Scans, MRI’s, orthopedic surgeons, and micro-fracture surgeries are involved. And when they are, the goal is to get you back to the way you were before the injury, which is to say maximum kick-ass mode because when you’re that young, you are at your fucking peak. Fast-forward twenty years, however, and a complaint regarding knee pain is met with a brief “Meh”, and the suggestion that you stop doing whatever caused you pain in the first place. This is why I never pay medical bills.

Seriously, I once told a doctor that, “I do a lot of hiking in the mountains, and it makes my knees hurt.” His response? “I’ll bet.” No MRI’s, no CT-Scans, not even a prescription for the kind of gnarly painkillers that will make me forget all about hiking anything more difficult than the stairs that lead to my bedroom. The goal is no longer to fix me. The goal is to let me know that I can expect physical activity to become increasingly painful, and to please get the fuck out of the doctor’s office so he can go back to dreaming up reasons to give unnecessary breast examinations. There is a medical term for this, and it is “bullshit”.

Anyway, about five miles into the hike a tendon in my left knee started complaining loudly with each step. And when I use the word “loudly”, that’s not a literary device. I’d been hiking for over four hours at that point without having seen a single other soul, and I could imagine my tendon talking to me directly.

Tendon: Hey, what gives? This fucking sucks. I’m going to keep hurting like this until you sit down for a few hours.

Me: What? Fuck you, tendon, you can’t do that now! We are in the middle of fucking nowhere! Stop hurting until we get home and I promise I’ll give you drugs and ice to make you feel better.

Tendon: Hmmm, not playing ball, are we? Ok, let’s try this on for size…

Me: OW! Motherfucker, that hurt! Listen, asshole, we’ve got seven miles of extreme terrain in front of us, and if I can’t walk because you’re being a dick, I will make sure that the mountain lion that eventually eats us starts with your stringy ass first.

Tendon: Fine, I’ll just throb ominously for the remainder of the hike.

Me: Fine, and when we get home I’m going to stab you with a fork. 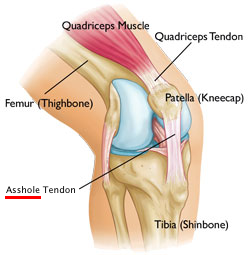 Seriously, that tendon was a total douche today. Still, it could have been worse. I actually made great time. (If seven hours to cover twelve miles doesn’t sound so fast, bear in mind that it’s basically climbing up and down mountains all day, with a total elevation change of 3,200 feet up and 3,200 back down.) Some people would consider themselves very lucky to finish in twice that time: One hiker I saw on the way out asked me if my name was Dave.

“A buddy of mine was hiking out here with a friend named Dave yesterday. They got separated, and no one has seen him since.”

People go missing out there all the time. And not just used car salesmen and philosophy majors: Useful people go missing too. This is why I over-pack necessities to the point of insanity. Two GPS units, twice as much water as I needed, extra clothes (yes, even extra undies), extra shoes, food, rope, first aid kit… Basically, I packed tons of shit because I wanted to make sure that if something bad happened, I could survive for a few days while I waited for help. And because I packed so much shit, my knee started acting up, and I wound up almost needing all that shit. My packing style could be described as “Self-fulfilling prophecy packing”. I might be healthy, as long as you don’t count my knee, but I’m not always too intelligent, which is another way of saying “Me hike brain not good!”

On to what you missed the last couple of weeks while wondering if you should pack canned hams for sustenance:

That’s it for now, people. I’m going to go get fitted for crutches and limp off to bed.

(P.S. The first pic is of Weaver’s Needle, a solidified plug of lava that dominates a large section of the Superstition Wilderness, and the most prominent landmark on my hike today. If you’re curious as to what the hike was like, it is described here.)