Cancer? Whew! As Long As It’s Not My Transmission. 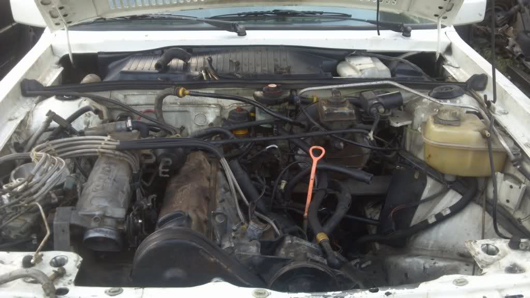 I was driving home from work the other day when my check engine light came on. That is the worst fucking feeling in the world. I’ve had radically weird shit happen with my body, and the first sign of trouble never bothers me as much as my check engine light going off. That’s because most of the time whatever ailment you have is trivial and you’re just out an office visit copay. Not so with cars. You will never, ever go in to the mechanic and have him tell you, “Yeah, there’s something going around. Just don’t drive it much for a couple of days and make sure it gets plenty of liquids.” It’s always clutch this, or transmission that, and the end result is you have to give the mechanic all of your money because you desperately need to have your windows rotated. (Note: I know jack shit about cars, so I’m assuming that rotating your windows is a pretty standard thing. Also, do mechanics normally own yachts?)

So when I saw the check engine light come on, my heart sank. I was in the fast lane of the highway (because, that’s how I roll, yo) and after the initial burst of profanity, I went into Damage Assessment Mode (DAM), which consists of looking at the dials on the dashboard. Everything looked normal in DAM, and the Jeep seemed to be driving normally, so I went into As If I Know What The Fuck I’m Doing Mode (AIIKWTFIDM). “Sweet Jesus, please let it be an O2 sensor in the catalytic converter. I won’t have to fix that right away.” And then, after AIIKWTFIDM, I went into Pants Wetting Panic Mode (PWPM) and stayed that way for the remainder of my thirty minute drive.

Now I drive a Jeep Wrangler, and although it’s a very utilitarian vehicle (no seat belts, it just has a strip of velcro on the back of the seat) it does have one handy feature: If you turn the key on and off three times, it displays the error code where the odometer usually is. Actually, that’s not that handy now that I think about it, because the error code is inscrutable and, frankly, terrifying. You’d never think that a single letter followed by four numbers could fill your soul with dread, but for all you know the error code you just received means that your engine is being held hostage by radical fundamentalists.

“P0457! Oh fuck, not a P0457!” I half-shouted in the elementary school parking lot. I swear that code had a tiny LED pair of horns pointing out of it, and I could actually hear the engine laughing at me from under the hood. “Why, God, why? What did I ever do to deserve a P0457?” I pulled out my cell phone and began looking up the P0457 code, preparing myself for the worst. “I wonder how hard it is to steal a transmission?” I thought as the search results came up.

“Fuck! Fuck, fuck, fuck, FUCK! What am I leaking?” As I started looking underneath the Jeep, my brain finally woke up a bit: “Wait, what does (CAP OFF) mean?” And then it dawned on me: I had filled my tank full of gas earlier in the day and had forgotten to put the gas cap back on.