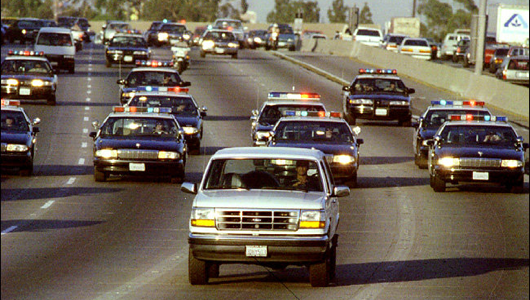 Every once in a while, a story in the news catches my attention for no other reason than the fact that it’s just plain crazy. I remember 18 years ago (Jesus, really? 18 years?) I was putting together a desk in my apartment in Tucson when my roommate told me, “Greg, come here and check this out. The cops are chasing OJ Simpson, and he’s driving like 15 miles per hour!” It was nuts, and it captured my attention, as well as the rest of the world. (Robert Blake, meanwhile, didn’t get in a car chase and as a result, no one gave a rat’s ass about his murder trial. Hell, he can’t even get himself arrested these days. Wait, I guess that’s a good thing.)

Anyway, speaking of nuts, a story happened just the other day that I’m sure you’ve heard about. So instead of diving through all of the details, I’ve created a simple graphic to make sure that everyone’s up to speed:

My initial reaction, after an hour of laughter, was to think about Justin Beiber and what his reaction to the news must have been (Vegas odds on “girlish sobbing”: 3-2). Personally, I would have been fucking insulted. Just $2,500 per ball? It isn’t exactly a buyer’s market, you know? There’s only two of them out there.

And that, of course, got me to thinking how much I would value one of my balls at. I wouldn’t give up both of them for any amount of money. But one of them? I think I’d hold out for an amount of money that would allow me to retire to, if not a life of luxury, at least one of comfort. $10,000,000.

Ten million would give me a very safe return on investment of 2%, which means I’d live off of $200,000 a year without touching the principal. Then, when I reached a certain age and figured I didn’t have a whole lot of time left, I would spend money like a piece of shit Euro-trash asshole. I’d buy Ferrari’s, pick up a bunch of hookers, and then drive ’em all into a lake at the end of the night. I would buy original works of art like Guernica, cut the canvas from the frame, and then use swatches of it to tuck into my shirt collar before I’d eat ribs. Baby seal ribs. I’d go fucking crazy if I had a lot of money in my old age. You can’t take it with you, so why not put a Starbucks franchise in the Great Pyramid, even if only to watch people lose their shit?

Where was I? Oh yeah, someone wanted to lop off Beibster’s “Boys”. Isn’t that crazy?

« Previous post
The Week In Review
Next post »
Cancer? Whew! As Long As It’s Not My Transmission.