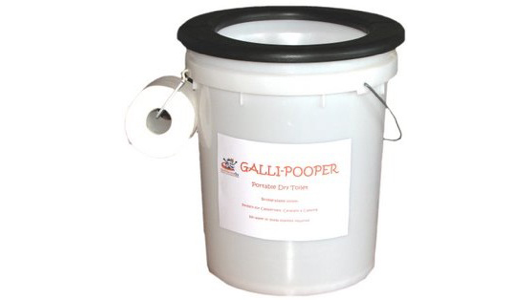 I fixed a toilet today. And when I say “fixed” I don’t mean I jiggled the handle or any of that pussy toilet-fixing shit. I disassembled the toilet into individual toilet molecules and put it back together again because I am a man, and that is what a man does: Fixes toilets and celebrates with seventeen beers. For my next trick, I”m going to show off my knowledge of sports by discussing inscrutable statistics, ogle a passing woman’s breasts, and if there’s any time left over I may scratch my ass and belch.

The truth is, I don’t fix a lot of things around the house. Yes, I can fix the flush valve on a toilet given the right tools and a how to video on Youtube (and seriously, I had to take the entire fucking tank off the toilet. We’ve had flush toilets for over a century; Shouldn’t this be easier by now?) but in general things around the house that need to be fixed fall into one of four categories:

That last one is a specialty of mine. In the house I lived in previously, the upstairs toilet had a slow leak which required a plumber to cut a small hole in the ceiling directly below it. Now if this hole in the ceiling happened to be in the garage, it wouldn’t have been a problem because if the President of the United States came over to visit I wouldn’t show him the garage, so fuck it, it’s not important. Whatever is fucked up in the garage can just stay that way. But the hole was in the family room ceiling and you couldn’t help but see it, so it needed to be fixed as soon as possible.

After mulling the situation over for a couple of months, I decided that having a professional fix it would cost too much ($700), and cause me to have to repaint a bunch of shit not even near the hole in the ceiling, which seemed kind of silly. Of course, something had to be done, so I set about fixing it in the cheapest and most creative way possible: I put a A/C vent over the hole. This made the hole disappear entirely and looked pretty damn good if you ignored the other A/C vent a few feet away. Total cost to me: $6.95. Total improvement value to the house: Negative $3,500. 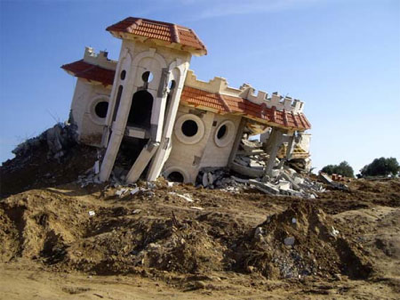 Using improper tools is another of my hallmark moves, and something I’ve done from birth. I remember my younger brother and I in my dad’s workshop in the basement as kids.

Me: Hmmm, these two boards are loose.

Brother: Yeah, they need to be nailed together.

Me: Yep. Hand me some screws and a pipe wrench, would you?

Why we did this (and we did it many, many times that I remember) is beyond me. My dad’s workshop had the correct tools within easy reach. We just marched to the beat of a different drum, I guess. A hastily put together, falling apart, shitty drum.

Still, I do all right for myself. Things I manage to fix correctly (such as the toilet today) tend to stay fixed. The things I fuck up are either already fucked up, so I didn’t really do any harm, or are relatively minor. (A roof is relatively minor, right?) The best thing I can say about my skill in household repairs is that I don’t fuck with things that I have no business fucking with.

I know someone who used to be married to a meth-using, piece of shit, tweaker asshole. One day, as she left the house for work, she discovered that her husband had stayed up all night taking the car engine apart into tiny, itsy-bitsy engine pieces, which were then thoughtfully arranged on a clean sheet to be cleaned and reassembled later. As this was the one and only family car, she left her jabbering husband to fix the car and took the bus to work. When she returned, the car was still in pieces and her husband was off scoring drugs. This was because (and this was the minor flaw in his otherwise brilliant plan) he had no fucking idea how a car engine worked, let alone how to reassemble one that he took apart under the influence of powerful drugs. 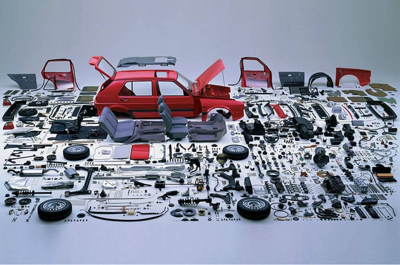 On to the week you missed while you were fixing your furnace with a garden hose and a roll of duct tape:

What’s next? Oh yeah, right: I need you people to get off your goldbricking asses and send in your drawings, sculptures, fucking macrame, whatever of a dick dressed as Kenny Loggins. Regulars, I’m look in your direction. If I have to start showing the pictures I collect from your webcam while you’re perusing this site, I will. You’ve got one more week to come up with something shitty, something mediocre, or even something great. Remember, it has to be a likeness of a dick dressed up as Kenny Loggins, it has to be emailed to me (or a picture of it emailed to me), and the winner gets something from the official Dogs On Drugs Giant Bookcase of Crazy Shit.

Look, here’s just one of the many, many wonderful things sitting on my bookcase: 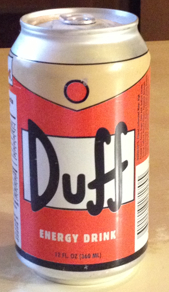 It’s a can of Duff from the Simpsons! Well, not from an actual episode of the Simpsons because that’s animated, and if I could make animated things real I wouldn’t be fucking around online, I’d be busy with Jessica Rabbit. Ahem. Also, you’ll note that instead of this being a can of beer, it’s a can of “Energy Drink”. This is because the government has a problem with marketing alcohol to children, but apparently loading them up on caffeine is A-Ok. But whatever, it’s an authentic can of Duff, and it (or something like it) could be yours! So mach schnell with the fucking Dick Loggins pics already!

Ok, everyone, it’s the last week before Christmas: Enjoy yourself before those twisty grey wires drive you insane with rage.