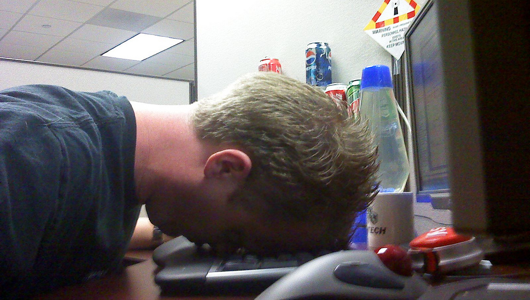 Anyway, work has been seriously wacky the last few days, and I’ve spent a metric shit-ton of time trying to solve a problem that shouldn’t have existed in the first place, but Bill Gates is a fucking douchebag, and so I have to spend inordinate amounts of time staring at tiny chunks of code that look like this:

You might be wondering why I would single out Bill Gates as a fucking douchebag, since all he’s done lately is give billions of dollars away to needy people. Two reasons:

Internet Explorer is the biggest piece of fucking shit in the known universe. If you replaced all of the hydrogen in the universe with shit molecules, and gravitational attraction cause the shit to clump together into a ball of shit so massive that it underwent gravitational collapse and morphed into a supermassive brown hole, which in turn exploded, showering the known universe with feces, Internet Explorer would easily be twice as shitty as that. 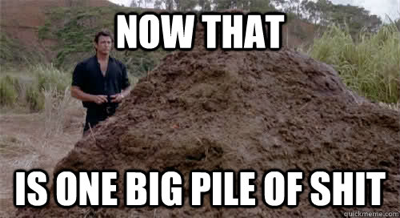 You don’t need to be Jeff Goldblum to recognize a giant pile of shit.

The problem I’m having has to do with the fact that Internet Explorer has to treat everything on a web page differently than every other browser known to mankind. For instance, Chrome, Firefox, Safari, Opera, and several stone-age browsers that archaeologists have recently unearthed define the width of a table as…

Internet Explorer, on the other hand, defines the width of a table as follows:

Of course, when Microsoft releases the next version of Internet Explorer, they’ll slip this in towards the end of the release notes:

This width of a table is six. It has always been six. No, it wasn’t five before! Go ahead, try to find documentation that it used to be anything other than six. You can’t do it, can you? That’s because Windows 8 now randomly reformats your hard drive out of spite. Hahahaha! What’s that? You have a problem with Windows destroying all of your precious files? Fuck you, suck on the new Metro interface and say goodbye to the desktop, asshole! Hahahaha!

Word on the street is that Microsoft, under increasing pressure from IT organizations that espouse open standards, will respond in the next version of Internet Explorer which will define the width of a table as “blue”.

Seriously, my brain is fucking fried from dealing with Microsoft’s stupidity to the point where this video makes more sense to me than anything else I’ve had to deal with in the last 48 hours:

All right, I’ve got to get back to work. If you haven’t heard from me in 48 hours, send booze.