Waiting For The Angels Of Abalon 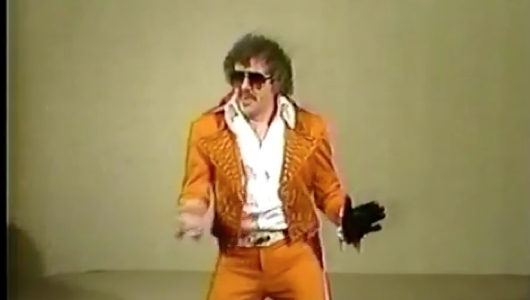 I have a love affair with local commercials. That’s not to say that this love affair has been consummated, of course. That would be perverted, and wrong, and would likely result in my junk becoming mangled inside a DVD player which hurts like a motherfucker. Or so I’ve heard. Ahem.

Anyway, I love local commercials because they’re so low budget, and cheesy, and reeking of desperation. In other words, they’re way, way, WAY more representative of our culture than that blow-dried, spoon-fed crap Madison Avenue shoves down our throat. Seriously, watch any national commercial and you have to wonder what test tube they grew the actors in. They’re not real people, they’re asexual adbots produced by Lockheed and Dupont Chemical, capable of swapping out faceplates and, if Madison Avenue should so choose, going into berserker mode at the flip of a switch. And once the adbots go into berserker mode, believe me, there will be no stopping them. The females, for instance, are capable of cracking a coconut with their pelvic muscles, and how many women do you know that are capable of that? None. Maybe Madonna.

The point is that national commercials are nothing but brightly polished lies. You’ll see a loving family sitting down to lunch, eating Fluffernutter sandwiches. All of the family members have a BMI in the single digit range, perfect teeth, and the house looks like it was designed in a joint venture between Home & Garden TV and someone with severe OCD. In reality, these people would more closely resemble Jabba the Hut, would be eating these sandwiches off of the floor of a double-wide, and any family bonding that occurred would be entirely incidental and interrupted by dad, who bursts through the bedroom door screaming, his hair on fire, a victim of a poorly constructed meth lab.

Local commercials would show the Hut family in front of their double-wide, although in order to keep law enforcement at bay, would probably eliminate any footage of dad’s personal Breaking Bad experiment. But they would show his new, patchy and burnt looking haircut without explanation. Local commercials are fucking horrible, and that’s why I love them so.

But this! Well, this is some next level shit, right here. Local commercials are seldom this certifiably loony. It almost makes me wish I lived in Winnipeg and had a leaky foundation, just so I could see if this guy would show up at the door one frigid December morn.

Incidentally, if you’re wondering about the title of this post, it’s an obscure Led Zeppelin reference that only us cool people would understand. And you. You’re cool. I’m sure you just forgot, that’s all.

Also, I sent this commercial to the good Reverend Back It On Up 13 over at Simian Idiot, as she’s a fellow local commercial connoisseur, and her reaction was dead-on.

Is this serious? This guy is so dreamy, my foundation is leaking.

Indeed. I bet this guy sees more poon than an overworked gynecologist.