A Particularly Wholesome Circle Of Hell 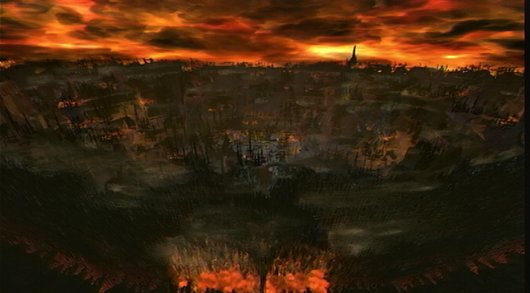 I often comment on the fact that during the 1970’s, when network television had a veritable monopoly on home entertainment, quality was… Well, how should I put this? Lacking. Quality was lacking, by which I mean I could, and sometimes do, take actual shits that are more entertaining than anything you would see during any random 4 hour span of programming. To this day, I’m puzzled by this fact. With valuable air time such a scarce commodity, surely only the finest entertainment would make the cut. But TV was so awful that (and I just looked this up) Hee-Haw was ranked as the 18th most popular TV show of that decade. Fucking Hee-Haw, where shirts and teeth were optional, but sister-diddling wasn’t.

Still, the 70’s were long ago, and it is easy to forget just what a tragic waste of the human spirit network TV was at the time. Until now. Here, in its entirety, is a 1977 episode of the Brandy Bunch Hour which somehow manages to be the worst thing of all time, yet the best thing on television that evening. It is unfathomably bad. You will want to gouge your eyes out before the first commercial break, but don’t, because for once the commercials are so much better than the show they are interrupting that they deserve your rapt attention. Ken Berry sings for Kinney Shoes (The Great American Shoe Store), Vicki Lawrence helps you save on your “milk bill”, and a young Harvey Keitel fingerbangs Sandy Duncan while she eats Wheat Thins. (I’m not 100% sure about that last one. By the time I’d gotten eight minutes into the video, my brain started revolting in a desperate attempt to maintain sanity, and I started hallucinating wildly.)