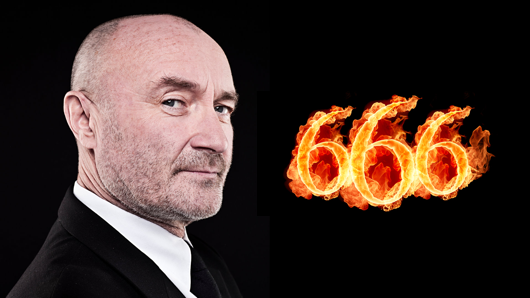 I was sitting at work today doing, you know, the usual: Dropping a quarter million hits of LSD into the office water cooler. Normal Thursday afternoon kind of stuff, right? When all of a sudden I became aware of the fact that dear friend, fellow blogger, and the winner of the 2003 Nobel Prize for Chemistry, the very Reverend Back It On Up 13 was under attack. And not a fun attack, either, like when your body is being attacked by the Rockin’ Pneumonia, the Boogie Woogie Flu, or even Reggae AIDS. No, this was a concerted attack by that most terrifying of enemies: Phil Collins fans. Well fuck all of you male-pattern baldness loving motherfuckers, because I am not going to just sit around while a friend is under attack.

Here’s what happened: I’m not sure. All I know is that someone noticed a three year old post on her web site that alleged that Phil Collins has sex with baby harp seals (or something, I wasn’t paying that much attention), and before you could say “post-menopausal ex-Genesis member”, people were registering their displeasure with her by doing… Again, not really sure. I think I got a fair amount of that LSD on my hands, to tell you the truth. At least that’s what Elvis told me before he mutated into a seven headed cactus demon and sashayed out of the room singing Suspicious Minds. Look, the point isn’t that I should be held legally responsible for all of the traffic accidents that happened in the direct vicinity of my vehicle while I drove home at speeds approaching 120 miles per hour, the point is that there was no reason for all those people to… I dunno, do things. It was totally uncalled for, and that is why I say that Phil Collins can eat an economy size bucket of dicks.

So he might be a great guy and a wonderful father, for all I know. Hell, I bet he’s a fantastic father. He should be, he’s got more money than God.

That kind of parenting is every father’s dream, but again, I can’t say for a fact that Phil Collins is like this because I don’t really know him. (He probably mainlines vinegar and water though, seeing as he’s a giant douche.)

But seriously, I don’t care if he’s a good guy. He might be a genuine Swell Egg, but he can shave his balls with a cheese-grater and jump into a giant vat of Ben-Gay, because I have fucking had it with his shit. Phil Collins is a fucking monster and must be stopped.

Holy shit, if I was Mexican and saw that video, I would stomp Phil Collins’ balls off and use them in a giant novelty set of maracas. What is the fucking idea behind this song? “I’m a rock star worth a zillion dollars, and the closest I’ve ever come to poverty is that family of beggars I ran over with my Bentley, but yeah, I can really relate to illegal aliens. That shit doesn’t look like fun, does it? But they do have fun capering around town while they try to pull one over on Immigration, don’t they? Hahaha! Illegal aliens are hilarious!” The only good thing about that video is that Bono probably shit in his granny panties when he saw it.

These are some of the lyrics to Mama, a song written by Phil Collins:

I can’t see you mama
but I can hardly wait
ooh to touch and to feel you mama
because I am a dirty, rotten fucking pervert
who wouldn’t think twice about nailing his mom

Really. Isn’t that just fucking awful? You should totally complain about that filth to your congressional representative. He’s probably into that shit too, but we hold politicians to a lower standard than we do our rock stars. Politicians are held to the same standards as howler monkeys last I checked. 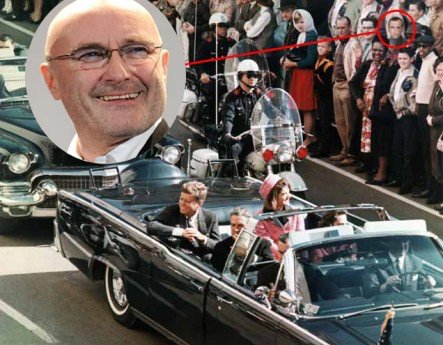 From a 1984 Rolling Stone interview:

Yeah, I killed Kennedy. What of it? Look, I was really high on ether at the time, and besides, you can’t expect me to be held responsible for every head of state that I murder. You need to take the good with the bad. Speaking of which, I have a duet with Philip Bailey coming out soon. It’s called Easy Lover, and I think it’s going to be a smash hit!

And now it’s time for… 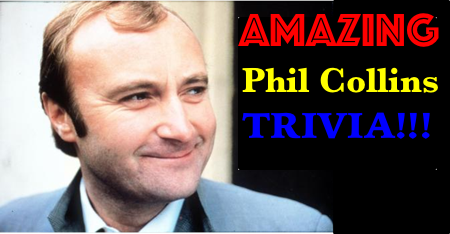 It has long been rumored that the Phil Collins mega-hit In The Air Tonight was about Phil Collins watching a man drown. That incident never happened, but Phil is no stranger to watching people die: The Guinness Book of World Records lists him as the 6th most prolific serial killer of all time.

His modus operandi is to approach a drifter in his limo and say, “Hey, you look like you could use a bite to eat!” From there it is only a matter of time before he is playing the drum track to Abacab with the derelict’s femurs in his basement.

And now a word from the Berkeley Earth Surface Temperature project, which has some important late breaking news about the cause of Global Warming: 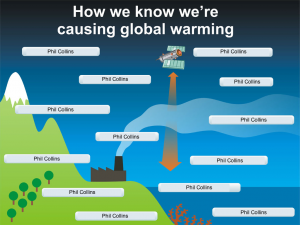 Seriously, have you had enough of this asshole yet? I have. Fuck him. Phil Collins can eat an economy size bucket of dicks.