You’re One of Those Crazy People! 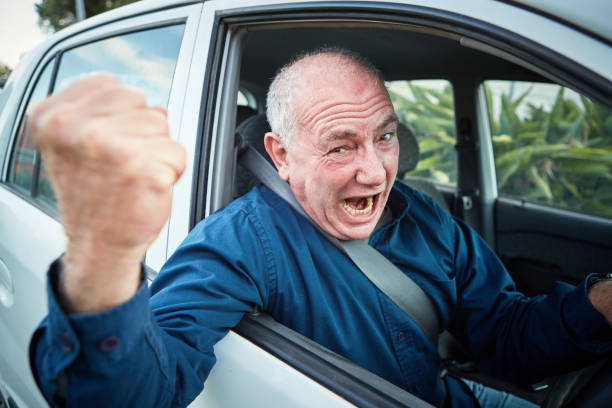 I was driving home from work today, when I noticed that the car in front of me was missing its rear bumper. Well, it wasn’t missing as much as it was torn completely off except for one small strip of plastic on the side. You would have had no trouble finding the bumper: it was being dragged beside the car. I assumed that this had just happened and that the guy was going to pull over to deal with it, but no, he just kept right on driving like he was an extra stunt driver in Mad Max or something. Yes, everything is falling apart and going to hell, just the way I want it to.

After a half mile of this, I decided to pull alongside him at the next light to let him know that the draft he’d been experiencing was due to the back half of his car falling off. And since everybody on the road with eyes and a functioning brain was staying way the fuck back lest the wayward bumper suddenly become their problem too, I had no problem pulling up next to the guy. Getting his attention was a little more difficult. I blew the horn, waved my arms… no reaction. This wasn’t terribly surprising, as the guy looked to be at least 90 years old, and if there’s one thing we know about seniors, it’s that they aren’t always aware of their environment. If we raised the Titanic, there’s a pretty good chance that we’d pull some 100 year old guy out of there. “What? A ship sank? What ship?”

So, what the fuck, when I saw him pull into a grocery store parking lot, I decided to follow him. After a long, looping parking job that obstructed no less than four parking spaces, he got out of the car and started walking towards the store. “Excuse me, sir? Sir? SIR? SIR!!!!” I finally had to walk right in front of him to get his attention. “Sir? Your car’s bumper is falling off. You’ve been dragging it behind you for at least a mile.”

As I said this last part, I motioned my arms towards his car, but he was having none of it. He waved his hand in disgust in that, “Oh, you’re just a crazy person” way seniors have, and started walking towards the store again. So I swiped his wallet.

Hahaha, just kidding. I would never swipe a senior’s wallet. They’ve got shit for discretionary income. When stealing from the elderly, it’s important to focus on their medication which has high resale value on the street. Anyone want to buy some Ex-Lax chocolate edibles?

Truth be told, I didn’t know what to do. I kind of felt like calling the cops on the grounds that anyone so out of it that they don’t know that the ass of their car is dragging down the street, probably isn’t the safest of drivers. Then again, we’ve got an awful lot of gung-ho, rule crazy cops down here, and I didn’t want the guy to wind up with some ridiculous, whopping fine to add to the car repair that was in his future. So I stuck around for a couple of minutes, got bored, then left. If your loved ones were run flat by the Crypt Keeper this afternoon, I’m sorry.