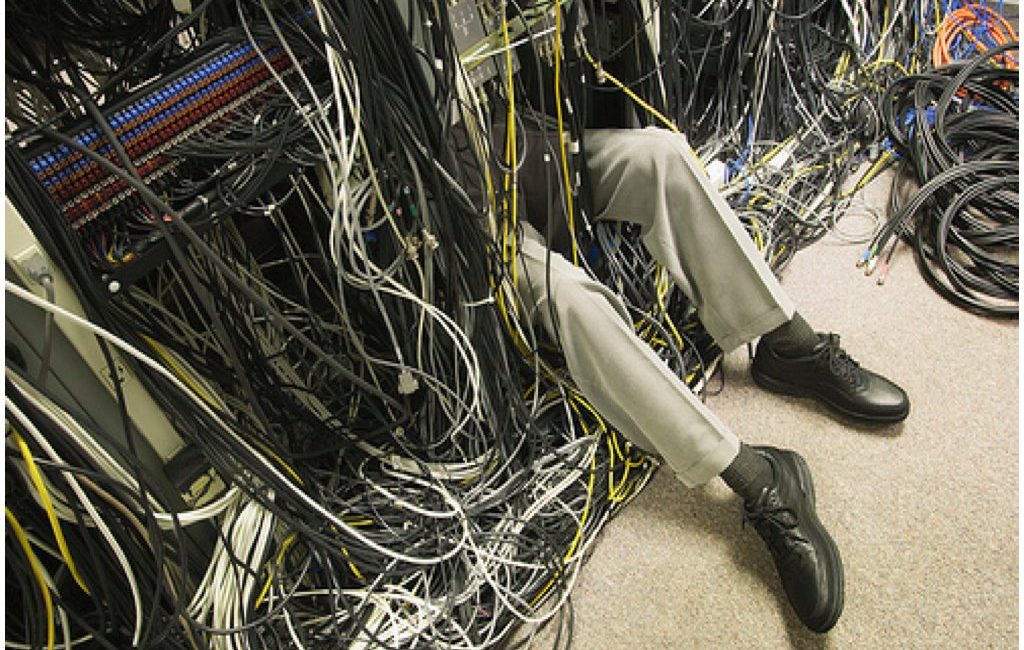 If you were particularly bored this past weekend, you may have noticed that the Technological Juggernaut that is the Dogs on Drugs web server went down a couple of times. I haven’t had time to check, but I’m assuming that this caused the New York Stock Exchange to crash because that’s what stock exchanges do: At the slightest sign of trouble, they shit the metaphorical bed. “In other news today, the Bolivian Minister of Gumballs ate foie gras, sending the New York Stock Exchange into a death spiral. The President urged citizens not to panic, stating, ‘There is no reason for alarm. The United States economy is robust and secure. Also, I will suck your dick for five dollars.'”

The reason my web server went down is because I recently moved the site off of GoDaddy servers and onto a platform that I created myself. Who knew that you could run an entire website from a Dora the Explorer digital watch? This is an excellent choice of server if your primary consideration is the presence of red-booted monkeys. If, however, your primary consideration is not running out of disk space, then it leaves a little to be desired. Luckily, I was able to cobble together a solution, and my technical difficulties are now over forever.

One important part of the sprawling Dogs on Drugs empire that remains rock solid is the email server. Good thing, too, because otherwise I wouldn’t be able to receive incredible, hard to believe offers from strangers.

I have a Private proposal of 58 Million EUR for your consideration.

For those of you who aren’t a Financial Wizard like I am, DBS Singapore is a multinational banking and financial services corporation headquartered in Singapore that is apparently too cheap to have their own email server (like me!) and handles 8-figure transactions through Yahoo! mail. You know, like most gigantic corporations do.

Subject: The Pros and Cons of Letting Your Meat Loaf

I opened my email this morning and saw your correspondence in my inbox, which I then read with bated breath. (One time some wise-ass un-bated my breath, and it took me over 36 hours just to get it re-bated again. Needless to say, I had that rotten little fucker keelhauled on general principles and then I filled his sinus cavities with quick-drying cement. You can never be too careful, DT, and I feel that my oft-criticized habit of carrying around a large bag of quick-drying cement with me wherever I go has been thoroughly vindicated. The only problem I encountered was that it was difficult to get the guy to hold still while I wrote my name in his sinus cavities before the cement dried.)

I am sad to say, however, that your offer of 58 million euros was not received well. 58 million euros, what is that, like $14.00? You can’t even buy a book (Keelhauling for Dummies) for that kind of dough. No, I am afraid that you will have to Do Better. To inspire you, I have decided to relate to you the following Inspirational Anecdote:

When I was in college, I knew a guy named whose name was Tony, but we all called him Freep because one time he threw up violently in a bar right as he was saying the word ‘free’, and it came out ‘Freep!’ followed by a large amount of vomit, and then shrieks from the poor, hapless girl standing next to him, now covered in regurgitated beer and cafeteria food.

Besides throwing up in entertaining ways, Freep had a habit of stealing strange things when intoxicated. For instance, he had a large, metal, spinning magazine rack in his apartment that he stole from a convenience store. He walked right in, took all of the magazines out of the rack, piled them on the floor, then loudly announced to the clerk, “I’ll be right back with the new one,” then calmly walked home with his ill-gotten gains.

It would be a magazine rack one week, a bovine insemination gun the next, and (his crowning glory) a life-sized cutout of Ted Danson, which Freep stood in the corner opposite the magazine rack, and when you got high over there, the rule was that you had to “share with Sam” by blowing the smoke on his (Ted Danson’s) face.

One of Freep’s friends was a young woman named Mona, who one night made the mistake of telling Freep how attracted she was to Ted Danson. After a few minutes of light-hearted ribbing, Freep made her an offer: He would give her $10.00 (41.42 million euros) if she made out with Ted Danson for 5 straight minutes. The rules were, no stopping, not even for one second; all kissing had to involve constant tongue; grinding was mandatory; and if her tongue got tired, she could simulate performing oral sex on the cutout. (Mona insisted upon another rule: No photos. We agreed, but only because we couldn’t find a camera.)

You know what Mona said? “$10.00 is not enough. I wouldn’t do it for less than $20.00” To say that we were crestfallen would be putting it mildly. We were crest-exploded, but as we were also poor college students, we had no way of coming up with such a princely sum on short notice.

But before Mona could devise a method by which she could extract herself from the situation, Freep (who had been half in the bag, but by now was closer to 15/16 in the bag) ran over to his neighbor’s apartment and sold his car for ten dollars.

Before Mona knew what was going on, she was tongue deep into Ted Danson, that $20 all but assured. And then, at the 4:30 mark, she stopped and said, “Oh, come on! That has to be way more than five minutes!” And of course, as per the rules, Mona was summarily disqualified for stopping before five minutes had elapsed. (And then we had to try to get Freep’s car back from his neighbors, who shrewdly held out for $20.)

What are we to make of this story, DT? How, in these crazy, topsy-turvy times, are we to make sense of this? Beats the fuck out of me, I’m just some schlub who tells dick jokes on the internet. But we can take solace in the fact that Freep Went The Extra Mile and Did What It Takes, and as a result was able to purchase a car for just $20.00!

That’s pretty fucking inspirational, wouldn’t you say? (I should mail that anecdote to Hallmark and demand 58 million euros for it.) So get cracking with the fundraising, DT! Secure the cooperation of the Titans of Industry, the Powers That Be, and whatever other rich assholes you know. Who knows, if you can round up another 41.42 million euros, I might even sell you my car!