Silly Shit That Happened While I Was Gone 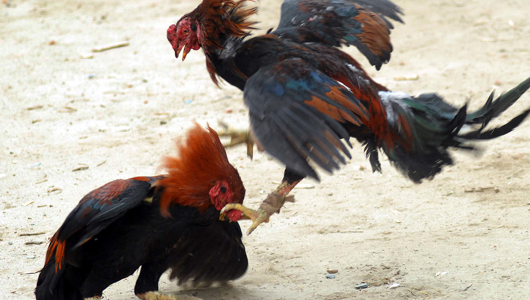 I’ve received more than one inquiry as to where, exactly, I have been the last couple of weeks. “Greg,” these inquiries typically begin, “it should go without saying that if you expect to be paid, you need to actually show up to work on a daily basis. Other things that should go without saying include the fact that you need to be sober, you need to be wearing pants, and that cockfighting is not only frowned upon by HR, but is a violation of federal law.” Jeez, host one drunken, pantsless cockfight at a day care facility and you’re branded for life.

I must admit to being derelict in my duties as of late, (Derelict meaning, of course, “higher than Jesus/passed out in a culvert”.) But while I was on “brain holiday”, the world went spinning on without me, and you, dear reader, were left wondering what some random asshole in Arizona thinks about it. For this, I apologize.

To make it up to you, I will now weigh in on every silly event of note that transpired over the course of the last two weeks, as long as they meet one of the following stringent criteria:

A coworker informed me today that she was not operating at peak workplace efficiency because she failed to get any sleep the night before due to the fact that she had spent the previous evening being pursued by a knife-wielding Rebecca De Mornay. I’m going to be charitable and assume that this was some sort of dream, but given Rebecca De Mornay’s career as of late, I don’t think that’s necessarily a given. 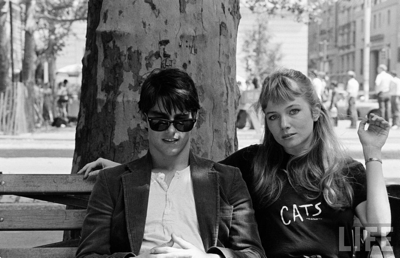 For those of you too young to remember, Rebecca De Mornay is an entertainer or “actress” whose career “peaked” in the early 90’s. Here she is pictured with noted “heterosexual” and corduroy jacket enthusiast Tom Cruise.

What annoyed me about this story was how it was received by other coworkers. Oh sure, when Karen is pursued by a washed up celebrity it’s “funny”, but when I am involved in a life or death struggle with inter-dimensional beings from Planet Zoop it’s “grounds for regular substance abuse screening”. That’s total fucking bullshit, if you ask me. If corporations can discard the principal method of timekeeping in use for the last few millennia by declaring a “fiscal calendar”, I see no reason why I can’t declare “fiscal sobriety” although I admit that such declarations are probably undermined when pronounced from beneath the conference room table.

Gross intoxication would have been a better excuse than the one that the State of Arizona offered lately for botching an execution, which was essentially a politically correct translation of “we don’t know what the fuck we’re doing.” They pumped lethal chemicals into a guy for almost two hours before he finally died, one would assume out of boredom.

How in the fuck does it take this long to kill a guy? It’s not like they were carrying out the execution in a fucking Arby’s. They were in a death row facility which has more experience killing people concentrated in one fucking building than the rest of the state combined. You want a guy dead? You want him dead fast? Outsource that shit! 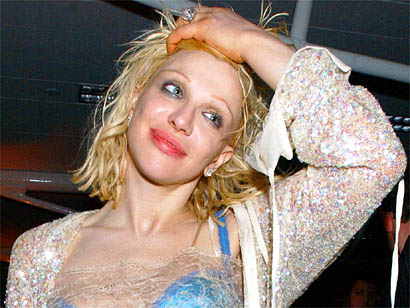 It wouldn’t even have to be an attractive hooker. Any old skank would do.

The warden wouldn’t even get to finish that sentence before The Condemned was converted into Convict McNuggets. Speaking of which, I’m pretty sure that with a little planning and foresight, Convict McNuggets could be turned into some sort of Soylent Green meal cost-reduction program. Arizona Department of Corrections: If you want someone on staff to come up with dynamic and inventive ideas such as these just give me a call, assuming you can figure out how to work the fucking phone.

Local authorities in the western Manghystau region said on September 2 that a metal cylinder containing [radioactive Cesium-137] had been lost in the region on August 27 while being transported by car.

Earlier reports had the cylinder “falling off of a truck,” which in my mind is a lot more likely because as anyone who has seen the Sopranos can tell you, “fell off a truck” is shorthand for “stolen by goombahs,” and if there’s one thing we know about the mafia, it’s that they will stop at nothing to line their pockets. (“You’ve got a nice maternity ward here, doc. It’d be a real shame if somebody poured radioactive Cesium-137 all over it.”)

I, of course, am nothing if not thorough, so I contacted the Dogs on Drugs Official Bronx Correspondent and resident mafia expert, the Reverend Back it on Up 13 (who uses an alias because she’s in the Witness Protection Program).

@RevBIOU13 Living in the Bronx, what percentage of commerce would you say involves merchandise that “fell off a truck”? 2000%, right?

The Reverend is a long time reader, Hall of Fame Commenter, and someone whom I consider to be a friend, so I am sure that there was no malice in her heart when she then sent over two large guys named Paulie to break my thumbs, all of which goes to prove one thing: The Reverend will soon be taking bids for a large barrel of Cesium-137 (unmarked, nonconsecutive twenties preferred, 10% discount for those able to grab their crotch and shout “Ohhhhh!” convincingly).

I was driving home the other day when I noticed a warning on the vehicle in front of me. It read, “Caution: Vehicle makes sudden stops”. I must admit, I was unaware that a well placed sign could relieve you of the obligation to drive in a normal fashion. If I’d known about this when I was younger, I would have definitely taken advantage of it.

Cop: Let me get this straight… You’re drunk, high, naked, engaged in a sex act with your 16 year old girlfriend, and you’ve decided to drive backwards at 80 miles per hour the wrong way on an on-ramp into rush hour traffic on a major interstate highway. 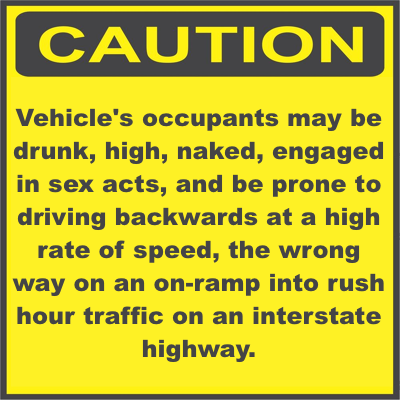 Cop: All right, I’m going to let you off with a verbal warning.

The common areas in my office building have an intercom system which is used to play music from a local radio station owned and operated by Satan. I say this because the station has been known on occasion to do things such as play Tainted Love every 5 minutes until someone scales a clock tower and picks off a bunch of innocent people with a high powered rifle. One time they played In The Ghetto, and 47 people committed suicide. 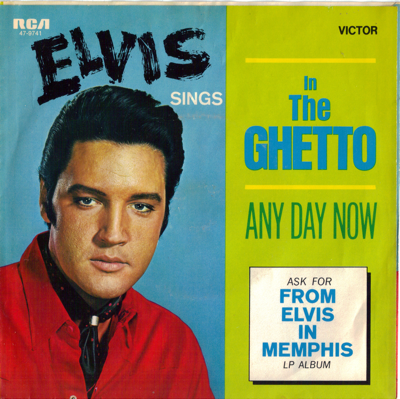 If you want to know what’s really going on in the ghetto, you should obviously ask a white guy with a zillion dollars about it.

The other day the DJ took a call from someone that blew my fucking mind:

Caller: Yeah, can you play Thriller?

What kind of extra-chromosomed fuckwit still calls a radio station to hear a song these days? “I really feel like hearing the song Thriller because I’m a pedophile with a red leather fetish. I could play the song on Youtube, or buy it on Amazon, or iTunes, or any number of illicit sites which will give it to me for free, then listen to it on my computer, or laptop, or iPod, or smart phone, or even download it to my nifty Google Glass eyewear, but you know what would make the whole listening experience even better? If I waited on hold for 2 and a half hours and then asked a complete stranger, who works in a dead industry and probably lives in his mom’s basement if he’d play it while blabbing inane chatter over the beginning and end of the song and then played a KFC commercial immediately afterwards.”

What would you do if you had 200 Euros in the bank? If you’re anything like me, you’d burn the bank down because the Euro is a filthy, buckethead currency only suitable for wagering on burro fights or spending on herpes medication. But if you’re a fan of Sting and have an IQ below 14, has Sting got a deal for you: For 200 Euros, Sting will let you gather his harvest for him. Really. No shit. Here’s how it works:

No, you don’t get to keep whatever you pick. In fact, Sting’s security force will see to it that you don’t steal any of Sting’s precious harvest by performing hourly full cavity searches in front of local villagers. What do you want for 200 Euros? You want food, go to fucking Arby’s, you goddamn savage. 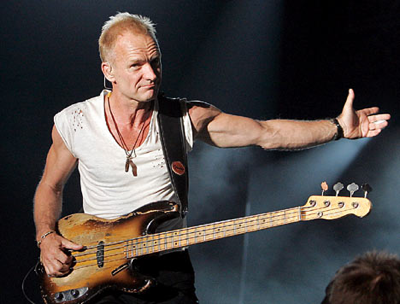 Crops are over there, fucko.

I think it’s high time that we stopped calling the guy Sting. His cool name is just getting in the way of common sense now.

“Hi, I’m Sting. I invite you to roll up your sleeves and join the grape or olive harvest in the field of dreams at Il Palagio,” If you heard that, you’d be tempted to play along. I mean, it’s Sting! Wow, right? But what would happen if we started calling him by his real name, Gordon?

If you’re anything like me, your response would be, “Go fuck yourself, Gordon. I invite you to try to sing the high notes in Roxanne with your head three and a half feet up your colon.”

The gall of that guy. If life was fair, local goombahs from Florence would jackstomp his balls off for charging people $400 a seat (that’s in real, non-toilet paper based currency) to listen to him warble Every Breath You Take for 80 minutes a night. If they found out he was actually charging people to farm for him, they’d go super-violent the way that only enraged Italians can. People all over the world for years to come would trudge to their mailboxes in the afternoon, “Junk mail, junk mail, bill, bill, bill, another part of Sting’s anatomy, bill, bill, bill…”

Ok, I think I’m done here. I’ve pissed off Italians, Khazakhs, a dude named Gordon, and dropped not one, but two references to Arby’s who invite you to try their new Roast Beef and Accidentally Sliced Off Finger sandwich, now available for a limited time.

Join me tomorrow for a post detailing why I’m no longer allowed within 500 yards of Grace Slick (it turns out that this city was built on dirt, not rock and roll, that cunt).