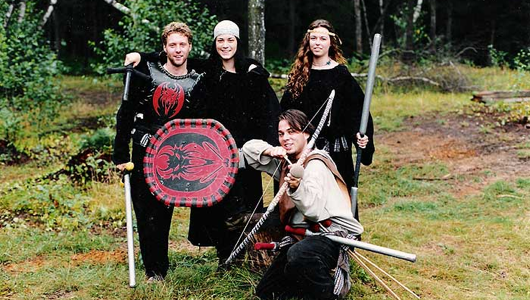 I live in the Phoenix area, and everything here seems new. I find it strange that people can live in places like London where you can walk down the street and find themselves smack dab in the middle of history. “Right, then! Right over ‘ere is where Guy Fawkes tried to blow up the bloody parliament, ‘e did! ‘E just got a bunch o’ ‘is lads and rounded up some bleedin’ gunpowder, and Jack’s a donut, there you ‘ave it, guvnor!” Jesus, those limeys love to fucking drink, don’t they? It’s like every time they do a shot, they drop 10% of their consonants. Catch an Englishman at the tail end of New Year’s Eve, and he’ll tell you the same story, only now it sounds like this: “Ri’! Oe ere ‘s whe G’ Fw’ trd t’ bl’ u’ th’ blo’ par’l’m”. This is also known as the Welsh language.

It must be a trip to just be walking around and find yourself in a spot where some lunatic member of the royal family had his servants drawn and quartered for high treason/flatulence over 500 years ago. In Phoenix, the oldest parts of town look like they were built in the 70’s because, well, they were. Nothing’s old out here. When I grew up in Chicago, there was a lot of old stuff, but old by Midwestern standards: The university I went to, for instance, was founded in the middle of a fucking cornfield in 1867. They taught Cow Tipping 101, and offered an advanced degree in cornholing your sister. (If you wanted to combine the two studies, you had to attend the University of Iowa where the difference between a cow and your sister was vague at best.)

Because a lot of the buildings at my university were very old, they had odd features. For instance, all of the main buildings on campus were connected by a series of tunnels through which they would pump steam in the winter. This kept the buildings warm and the sidewalks (which were shrewdly positioned above the tunnels) free of snow and ice. The past being what it is (or more to the point, what it was), I’m sure that they were generating steam by burning baby seals, retarded kids, or something equally horrific. It always cracks me up when people wax nostalgic and yearn for “simpler” times, as if using your dead grandmother as a barcalounger in the winter because the ground is too hard to bury her is somehow simpler than what we do with them now (send them to Florida or, if they’re really fucking out of it, Congress). In most respects the past fucking sucked, which is one reason why we celebrate the New Year each year like our sodden limey friends.

Anyway, the steam tunnels were well known on campus, but strictly verboten. You were NOT ALLOWED TO GO IN THE STEAM TUNNELS FOR ANY REASON. All students knew this. If you were caught in the steam tunnels, you would be automatically expelled from school, and were certainly going to spend at least one night in the pokey. It was definitely NOT WORTH THE RISK.

So my friends and I used to get really high on drugs and go down there. We knew of a ventilation shaft behind some bushes near the dorm we lived in, and we would unscrew the grate and slip down there with very little chance of getting caught. That’s what we thought, anyway, but we were really high. I’m sure more than one person working late in one of the old buildings along the quad wondered if they’d really heard giggling coming from the bowels of the earth. 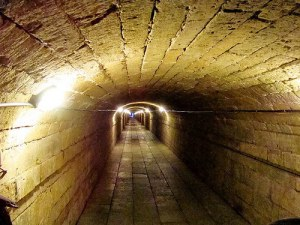 The tunnels themselves were kind of plain. There was lighting in most of them, and often there would be a random door or a recessed room to the side. In one of them we found jars of soil samples from 1904. If you went far enough, you could actually get to a part of the system where they still pumped steam. I can’t imagine why they would still do this in the late 1980’s. Ambience, maybe? But these areas had a lot of warning signs informing you that you were about to be cooked alive, something that was emphasized by the fact that the light bulbs were all colored red. You could go down there while high, listening to Black Sabbath on your Sony Walkman, and freak yourself out very badly if you tried. It was great fun.

One time, we went down there after having taken some mushrooms because that makes sense, doesn’t it? If you have a total psychedelic freakout, you want that to happen far below the surface of the earth in an area where your steam-broiled corpse won’t be found for decades. Saves your parents the shame of having to claim your ridiculous, clown-like hippie ass.

I remember that my friends and I had stumbled across this very long stretch of tunnel and we were walking the length of it when we heard some noise. Noise was not good in the tunnels because it meant… I dunno. On mushrooms it could’ve meant cops, or it could’ve meant a goddamn Balrog. The general consensus was that if you heard someone or something coming, you got the fuck out of there.

As we were looking for a place to run to, I heard something that caught my attention. “Guys,” I whispered. “Shhh! Listen!”

From around the corner at the end of the tunnel we could hear clanking noises and voices, faintly at first, then loudly enough to make out what they were saying.

“Back! Back, foul demon! Back to the pit from whence you came!”

We all turned and smiled at each other. It was a couple of Dungeons & Dragons dorks playing make believe in the steam tunnels!

For those of you who don’t know what Dungeons & Dragons is, it is a game in which you pretend to be a medieval warrior, or magical elf, or wizard or some such shit, only you make it real by rolling a lot of 20-sided dice and doing things like calculating the odds that your character has caught dysentery. Seriously. It’s the kind of game that 8 year olds would love if they also happened to be certified public accountants. It’s really heavy on numbers and make believe. 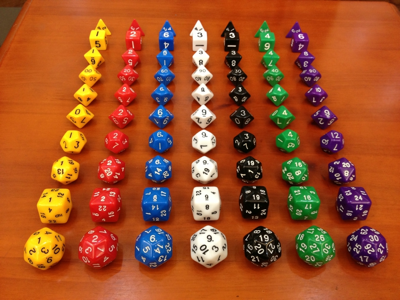 For most enthusiasts, this results in a weekend evening spent pretending to be a dwarf while not getting laid. But for others, this is not enough. They feel the need to play dress up too. The only problem is that when they go out in public they tend to get jammed into toilets by “cool” kids, and arrested by the kind of police that don’t understand why it’s necessary that your character carry around a 6 foot broadsword. Sometimes you’ll see them in the park. More often you’ll run across them in the woods. On this night, we ran across them in the steam tunnels.

We quickly found a tunnel that branched off to the side and hid in there. Soon, it was obvious that the D & D dorks were coming our way. We stood in the shadows and watched as they passed. I remember the first thing that caught my attention was the fact that they were not fighting each other. They were each valiantly defending their comrade-in-arms from an invisible, ever advancing horde of monsters.

I can’t accurately describe how funny this was. Imagine two fully grown males, dressed up in ersatz chain-mail, wielding metal poles and staggering backwards under the onslaught of invisible beings from planet Nerdtron 6000, all while saying things such as “Zounds!” and “Get thee to a smithy!” It would’ve been funny to anyone, but we were on mushrooms, and I remember rocking silently with laughter as I saw them retreat past our hiding place.

Finally, we could stand it no longer. We jumped out in front of them and I yelled, “AFTER THEM!” at the top of my lungs. These two hardy warriors, so brave in battle, so unyielding even in the face of unsurmountable odds just a moment ago, recoiled in abject horror at the sight of three long haired, multi-colored drug freaks doing God Knows What in the depths of the earth, springing forth and taking them unawares. The look of fake terror on their faces was replaced with real, honest to God, not generated by a 20-sided die genuine terror, and they quickly turned and fled.

“Hey, wait!” I laughed. “We’re just fucking with you! Come back here! Hey! You guys want a beer?” But they were gone. 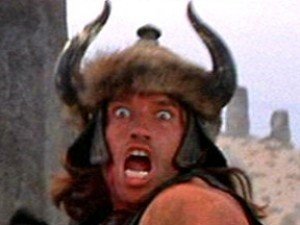 I remember telling the story to some other friends when we got back late that night. “Holy shit, we ran across these FREAKS in the steam tunnels,” I told them, and we all had a good chuckle over it. But a friend reminded me of this story today, and at a remove of almost 30 years it now strikes me that the not so valiant warriors must have said almost exactly the same thing when they got home.

“Oh my God, we ran into these FREAKS in the steam tunnels tonight.”

Who, exactly, were the freaks? The guys indulging their fantasies with some harmless role playing, or the guys ingesting strange chemicals and hiding their disastrously weird behavior underground? I’m going to have to go with the tiebreaker and say that the Dungeons & Dragons nerds were the real freaks. After all, we got laid on a somewhat regular basis, and even though it didn’t involve our sisters, I’m sure the university’s founding fathers would have approved. Then they would have tipped some cows.