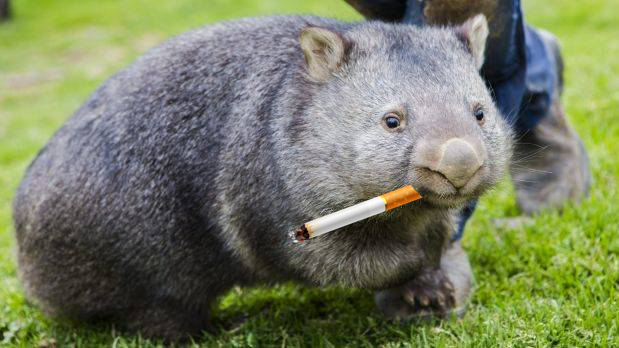 I was proof-reading my post from the other night, which I realize may be surprising to some people. Usually, when people read things on this site such as “parakeet stuffed with cocaine”, they assume that it must be the result of some sort of autocorrect weirdness, or failing that, the author has had a mild stroke. When they discover that it was, in fact, a conscious effort to entertain, they usually laugh nervously and sidle away from me, sometimes sidling as fast as 45 miles per hour. Heaven forbid that I tell them what the original line was before editing. That would be something so foul and depraved that it would result in large men armed with butterfly nets and powerful psychotropic drugs converging on the Dogs on Drugs Headquarters/Bordello, and fuck that. That’s how Highlights magazine went out of business.

Remember Highlights magazine? It was aimed at the sort of wholesome, all-American children that might have existed in the 50’s, but are now routinely used as target practice in public schools. Even in the 70’s, I remember thinking that long-time readers of Highlights must be a particularly dull sort of children, because everything was… well, lame. You could make a ghost out of a handkerchief, a super-ball, and a rubber band, but you got the feeling that you’d better do a really good fucking job of it because if your friends saw you building crafts you found in Highlights magazine, you’d become a richly deserving social pariah with one friend: Sir Spooks-a-lot, the ghost you built with the help of Highlights-fucking-magazine.

Whenever I think of Highlights magazine, I remember a funny scene from my childhood. My dentist was a pretty cool guy: He routinely participated in water-skiing competitions and you could sit there getting your teeth cleaned while watching video of him doing insane flips and shit behind a boat. My only complaint about his practice was that there was not a lot to do in his waiting room other than read Highlights magazine. But one day that changed.

While waiting for my checkup, I noticed that there was a square-ish looking piece of something in the corner, underneath the table that held all of the magazines. It didn’t look like a magazine insert, so I reached over and picked it up. It was a Polaroid photo of one man performing a well known sex act upon another man which is not the kind of thing you’re expecting after perusing Highlights for 30 minutes. My mom was horrified. My dentist was amused. And somewhere, someone was having this conversation:

Steve: Well, I really like that picture, so I took it with me to my kid’s dentist appointment, and, well… I kind of left it behind.

Steve: Because all they have to read there is Highlights magazine!

Anyway, I was proof-reading my post from the other night when I ran across the line, “Anything written on this site prior to 2016 was written under the influence of shoe polish and weasel laxatives and has been shown to cause cancer in lab rats.” That got me to thinking: Why are we always testing shit on rats? Why do they get to have all of the fun? I imagine a rat, freshly off of Viagra and Minoxidil trials, becoming the toast of all ratdom. “Who is that positively dreamy rat with the pompadour and raging hard-on?” the lady rats would ask. And then, if animated movies haven’t been cynically lying to me to make money, the rat cooks everyone dinner.

So here, faithful reader, is a list of animals that I believe to be more suited to laboratory testing than rats:

Disclaimer: While I believe that there is a valid purpose for performing laboratory tests on animals, I believe that the tests should be for something a little more important than Olson Twins Lip Balm for Particularly Brain Damaged Tweens, or whatever bullshit product Disney has invented to part you from your money. Important medical trials only, please, and treat the animals as humanely as possible. And by that I mean, don’t send me nasty emails comparing me to Hitler because I think the concept of Lab Wombats is funny.

Pros: They look so adorable prancing around in tutus!

Cons: They use their tails to fling shit everywhere. Really. (Depending on how you feel about animal testing, this may be a pro, and not a con.)

Useless Facts: The hippo kills more people in Africa each year than all other animals combined. I say we drop one on a Shriner’s convention, just to see what would happen. [Update: As it turns out, the Shriner’s flee en masse, resulting in the funniest tiny-car traffic jam in history. – Greg Unknown Suspect]

Pros: The blobfish kind of looks like Ziggy, and Ziggy is universally loathed, so it shouldn’t be too emotionally scarring for scientists to inject its forehead with hydrochloric acid.

Useless Facts: I knew a guy once who kind of looked like a blobfish. The thing was, he had an absolutely smoking hot girlfriend which puzzled everybody. Turns out he was secretly dealing coke on the side and had a stable of coked-up whores that he would get his blobby freak on with. He wound up going to prison. I thought it would have been funnier if they locked him up in a large aquarium.

Pros: You know those studies they tell you about where rats will do cocaine until they die, foregoing food, water, and even sex in favor of more cocaine? Look at that picture and tell me that a proboscis wouldn’t be way better at doing blow. Funnier, too.

Pros: All right, all right, everyone calm down. Yes, it’s a funny name, but the pigbutt worm is… Ok, ok! I know it’s funny, but we have a lot of work to do before our midterm, and if you can’t pay attention because I mentioned the pigbutt worm… GODDAMMIT, can everybody just grow up already?!?

Cons: Chaetopterus pugaporcinus resides below the oxygen minimum zone, which is between 875 and 1,200 meters and… Andrew Wilson! What is so funny, young man? You know, biologists are serious people, and if you can’t sit through a single discussion of the pigbutt worm… Everyone! SETTLE DOWN!

Lab Whatever The Fuck This Abomination Is

Pros: What the… Are those… HOLY MOTHER OF GOD, THOSE ARE HUMAN TEETH!

Cons: AUGGGHHHHH! BURN IT! BURN IT WITH FIRE!!!

Useless Facts: KEEP THAT THING WAY THE FUCK AWAY FROM ME! THE LAST THING I NEED IS… Actually, does anyone have any corn on them? I’d like to see what happens if we give this thing corn on the cob.

Lab The Federal Government of the United States of America

Pros: Keeps the United States government occupied so that it can’t do things like treat minorities like second class citizens covertly spy on its citizens start wars with other countries for political gain fritter away trillions of dollars in wealth on shit like the Strategic Helium Reserve pretty much everything its ever done.

Cons: Ummm, I’ll get back to you on this.

Useless Facts: Did you know that until 1996 the United States government had an actual office called the Board of Tea Appeals? According to Wikipedia (motto: Stop Editing the Goddamn Pigbutt Worm Page. What Are You People, Two?), the Board of Tea Appeals existed to “adjudicate the claims of tea importers whose products were denied entry into the United States by federal tea-tasters.” You read that right, people were paid by the US government to taste tea. Americans may not be able to afford to go to college, but at least they can rest easy knowing that someone is tasting their tea for them. (Whew!)

Join us tomorrow when we discuss the pressing need to retire Smokey the Bear, and why Smokey the Pigbutt Worm is such a great idea.